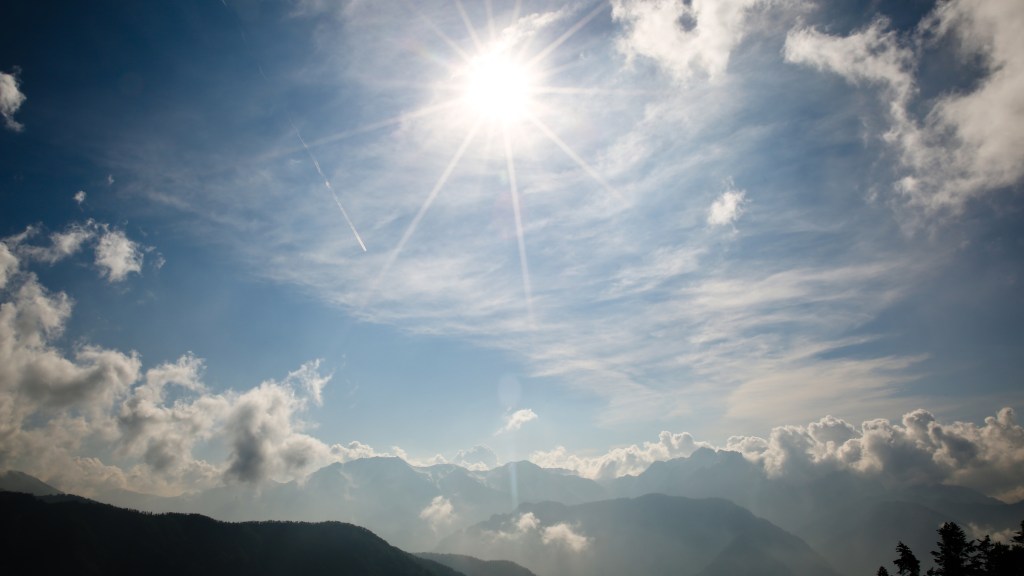 A new study contradicts fears that using solar geoengineering to fight climate change could dangerously alter rainfall and storm patterns in some parts of the world.

Published in the peer-reviewed journal Nature Climate Change, the analysis finds that cooling the Earth enough to eliminate roughly half of warming, rather than all of it, generally would not make tropical cyclones more intense or worsen water availability, extreme temperatures, or extreme rain. Only a small fraction of places, 0.4 percent, might see climate change impacts worsened, the study says.

Many climate experts have warned that cooling the Earth but keeping twice as much carbon dioxide in the atmosphere as before industrialization could put some regions at risk.

One scientist who read the paper published on Monday said it was not comprehensive enough to conclude that solar geoengineering — most likely involving spraying sulphur dioxide into the atmosphere, thereby mimicking gas from volcanoes and reflecting the sun’s heat — would be safe.

Some climate advocacy groups argue that banking on an unproven technology could hamstring efforts to reduce carbon dioxide still spewing from power plants and cars.

But study coauthor David Keith, a Harvard professor who works in engineering and public policy, said researchers should not rule out geoengineering yet.

“I am not saying we know it works and we should do it now,” he said. “Indeed, I would absolutely oppose deployment now. There’s still only a little group of people looking at this, there’s lots of uncertainty.”

Keith said the study’s main message was that “there is the possibility that solar geoengineering could really substantially reduce climate risks for the most vulnerable.”

The findings come as Nairobi hosts a United Nations Environment Program meeting on limiting climate change. A U.N. report last year said geoengineering by injecting sulphur dioxide into the atmosphere may be necessary but would come with major uncertainties.

Keith hopes to dispel what he believes may be unsupported worries. Another scientist, however, said he was overstating the study’s findings.

The analysis used climate modeling to project what could happen if the heat of the sun was turned down. Alan Robock, a geophysics professor and researcher at Rutgers University in New Jersey, said it did not examine the potential effects of doing that with the most likely method: spraying aerosols into the atmosphere.

“They focus in this paper on temperature and water availability in different regions,” Robock said. “Those are only two things that would change with stratospheric aerosols.” He added that previous studies have made similar conclusions.

Robock said one of his studies contains a list of 27 reasons why Earth-cooling aerosols might be a bad idea. And he added that the technology could cost hundreds of billions of dollars a year and would pose complicated ethical questions, such as whether people have a right to see a blue sky.

“We’re not able right now to say whether, if global warming continues, we should ever decide to start spraying this stuff into the stratosphere,” Robock said. “Would solar-radiation management, would geoengineering make it more dangerous or less dangerous?

“That’s the question we have to answer, and we don’t have enough information.”