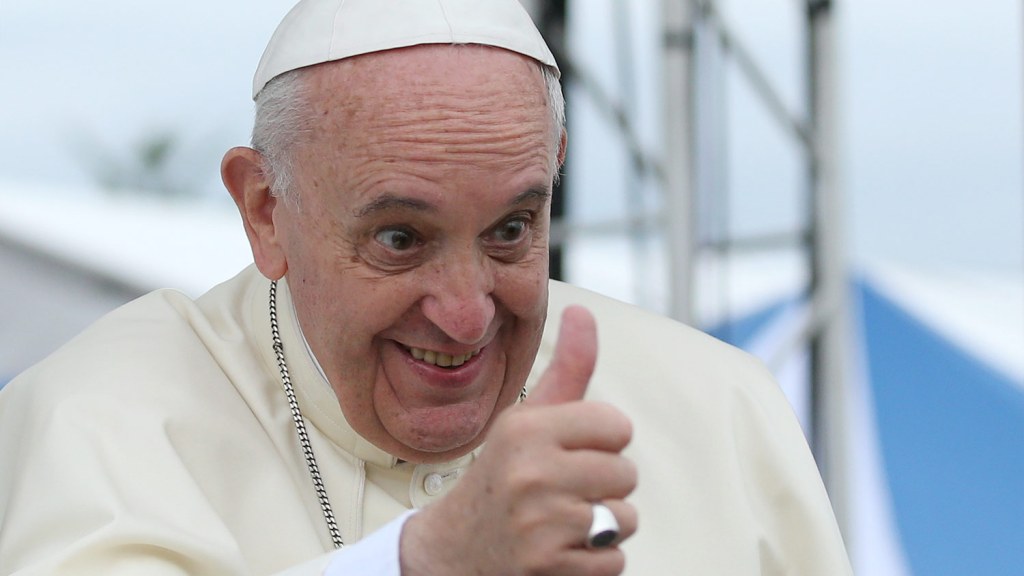 Looks like we all need a lesson in fact-checking.

The fake news site National Report said that Pope Francis has endorsed presidential candidate Berne Sanders. But while the pontiff and Sanders have some notable similarities on issues of poverty, wealth, and the environment (both have called climate change “a moral issue”) in no way has the leader of the Catholic Church officially endorsed Sanders or any other candidate. The story, however, has been shared across the internet, including by a popular Facebook page.

In a final speech to the synod, Pope Francis endorsed Senator Bernie Sanders for President of the United States, while taking some clear swipes at conservatives who hold up church doctrine above all else, and use it to cast judgment on others.

“The synod experience also made us better realize that the true defenders are not those who uphold its letter, but its spirit; not ideas but people; not formulas but free availability of God’s love and forgiveness,” Pope Francis said. “I see in Senator Bernard Sanders a man of great integrity and moral conviction, who understands these principles and genuinely wants what’s best for all people.”

Considering Pope Francis’s commitment to equality, it doesn’t seem out of character. But while National Report may look like a legitimate news source at first glance, a closer inspection of headlines — “Joe Biden Eschews Presidential Run To Embark on Epic Crusade to Find Lost Treasure”; “Nestlé to Send Rover to Steal Water From Mars”; and “Sarah Palin: ‘US Army Should Fight With Knives, Like The Swiss Army Does'” — reveals it to be total bullshit. (Actually, that last one could be true.)

So will Pope Francis endorse Bernie before the primary? Personally, I can’t see an official endorsement, but maybe he’ll throw his weight behind Sanders in other ways — through speeches, appearances, and — my prediction — a tasteful “Frankie luvs Bernie” neck tattoo. And if it happens, we’re sure National Report will be all over it.