The Camp Fire's flames were deadly. Its smoke could be even more dangerous. 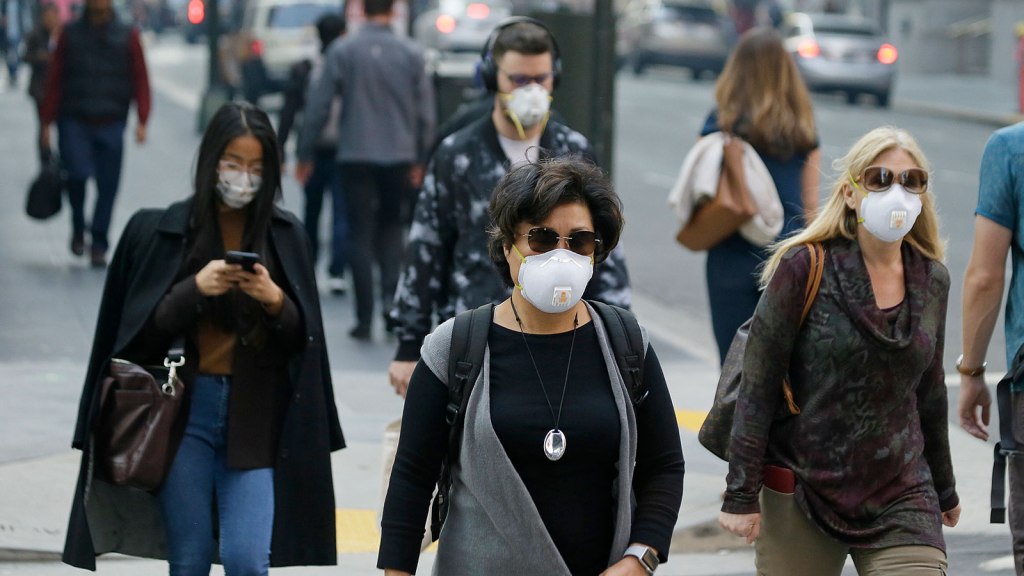 The Camp Fire’s flames were deadly. Its smoke could be even more dangerous.

This story has been updated to reflect the fire’s impact as of Saturday night, November 17.

A year of fire and relentless heat has spilled over into a grimy, smoky, full-blown public health crisis in northern California.

While the epicenter of the Camp Fire’s gruesome tragedy is in the town of Paradise, where 76 people are known to have died and 1,276 are still missing, many more people in the region are suffering from the life-threatening impact of wildfire smoke.

U.S. Secretary of Health and Human Services Alex Azar officially declared a public health emergency for California on Tuesday, and since then, air quality conditions have only gotten worse.

On Thursday, northern California’s Air Quality Index, a measure of how polluted the air is, was the worst of any region in the world. Chico, Oroville, and Sacramento reported pollution levels in the “hazardous” category — the highest on the scale — topping parts of China and India and breaking records for the worst air quality in the area since record keeping began. It’s the equivalent of smoking half a pack of cigarettes a day.

Friday is the eighth consecutive day that millions of people in Northern California are breathing wildfire smoke. Public health officials fear that chronic smoke inhalation could lead to a whole suite of new health problems, like those seen in Asian megacities.

The smoke in the region is so bad, it’s disrupting the regular flow of life. The vast majority of schools are closed across the Bay Area. The cable cars in San Francisco have stopped running. Flights are being delayed due to reduced visibility. Cars are forced to use headlights in the middle of the day.

The current smoke emergency mirrors one earlier this year in the Pacific Northwest, which darkened the skies over Seattle for days.

So far, there hasn’t been a noticeable uptick in emergency room visits across California, but that’s likely to change. Past studies show that particulate pollution, like smoke, aggravates pre-existing conditions, especially in seniors. Young children are particularly at-risk because they are still growing and tend to be more active than adults. Homeless populations, farmworkers, and low-income residents are all especially vulnerable because they are more likely to work and live in places where it’s difficult to avoid exposure to the pollution.

Smoke, not flames, is the deadliest public health risk of wildfires. The fine-grain air pollution it carries (classified as particulate matter fewer than 2.5 micrometers in diameter) is already one of the leading causes of death in the U.S. — an estimated 17,000 people die of wildfire smoke-related causes each year. By the end of the century, it could cause twice as many deaths as it does now — to 44,000 each year.

Each year, wildfire smoke leads to thousands of premature deaths, much more than other types of extreme weather. It often hits with little warning, adversely affecting people who aren’t prepared in places hundreds of miles away from the fires.This summer, when wildfires broke out in British Columbia, public health alerts were issued as far away as Minnesota — roughly 2,000 miles east of the fires.

Across the world, more than 7 million people die each year due to air pollution from smoke and exhaust from fossil fuel burning. A study last month from the World Health Organization found that more than 90 percent of children in the world breathe toxic air every day.

Air pollution caused by wildfires is a problem that’s just going to keep getting worse thanks to climate change. As drier and hotter weather continues to intensify the fire season — creating the conditions for massively destructive wildfires like the Camp Fire — the number of people affected by smoke on the West Coast is expected to increase by 50 percent in just the next two decades.

This week’s smoke outbreak should remind us that, as we talk about preparing for future fire catastrophes, we need to also prepare for their wider public health impacts.