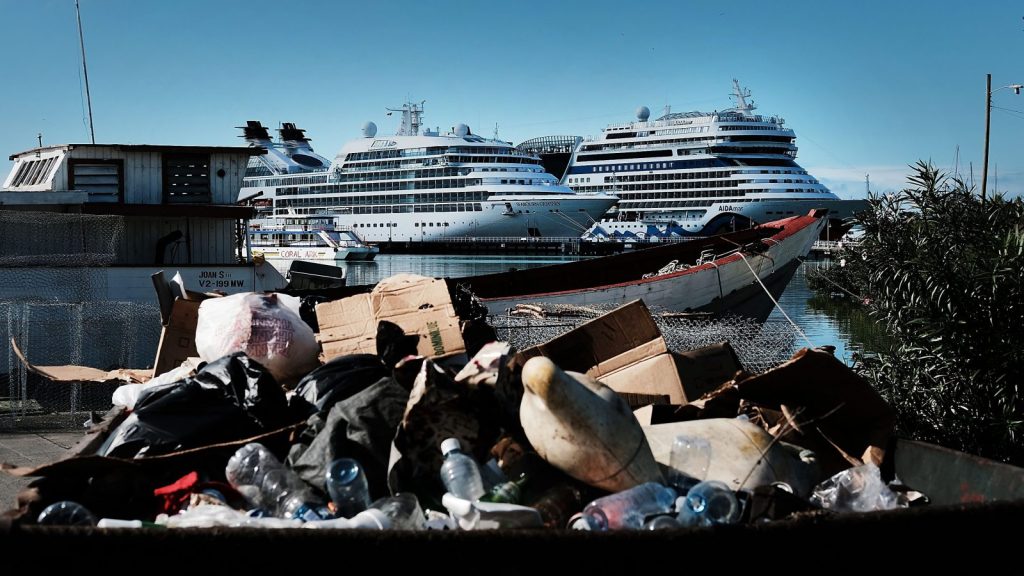 Some of our favorite travel destinations are in a bind. Small island nations, like Saint Lucia and Barbados in the Caribbean, are extremely vulnerable to a warming climate, yet many rely on an industry that’s a big driver of  global carbon emissions.

The news comes as evidence piles up that suggests the type of hurricanes that tore through the Caribbean last summer are supercharged by a warming climate.

“The hurricanes in the Caribbean last summer were a wakeup call,” says Martha Honey, executive director of the Center for Responsible Travel, an organization that advocates for sustainable tourism. Resorts need to rebuild to be both more sustainable and more resilient to the effects of a changing climate, she says.

“We need to go back to the drawing board,” she says, after resorts and popular tourist spots were damaged or destroyed by hurricanes Maria and Irma last year.

Why are we just figuring this out now? Previous estimates didn’t take into account the carbon footprint of the goods and services related to tourism. So aside from offsetting the emissions from your flight, you might also want to rethink that collection of cheesy shot glasses.

“Our analysis is a world-first look at the true cost of tourism – including consumables such as food from eating out and souvenirs – it’s a complete life-cycle assessment of global tourism, ensuring we don’t miss any impacts,” lead author Arunima Malik of the University of Sydney said in a statement.

The study reinforces the Ugly American stereotype. Researchers looked at 160 countries and measured tourists’ carbon footprints two ways: by residence and by destination. When it comes to which country sends out its residents to go forth and pollute the most, the United States comes in first. And when it comes to which popular destinations have the largest carbon footprints, it’s America for the gold again. China takes second, followed by Germany, and India.

“We found the per-capita carbon footprint increases strongly with increased affluence and does not appear to satiate as incomes grow,” lead researcher Manfred Lenzen said in a statement. That means that tourism will likely play a bigger role in global warming as travel becomes more accessible to more people.

And while the affluent are the biggest polluters, developing island countries — some of which rely on tourism to shore up their economies — are paying the higher price when it comes to climate change.

“The Caribbean as a whole has been a minor contributor to climate change overall, but a tremendous victim of it,” Honey says. And the Caribbean is the most tourism-dependent region in the world. Every year more than 40 million (mostly American) cruise passengers and resort tourists vacation there. Tourism accounts for 14 percent of the region’s gross domestic product.

For Honey, the way forward is to educate and engage travelers in reshaping the way the tourism industry works. What can travelers do on their end? There’s always the option of offsetting the emissions from your travel by donating to projects aimed at reducing greenhouse gases. Carbon offsetting, Honey says, is good — but not enough. “It’s not really addressing the problem that airplanes are big polluters and greenhouse gas emitters. We need the traveling public to be more engaged in lobbying for the greening of the airline industry.”