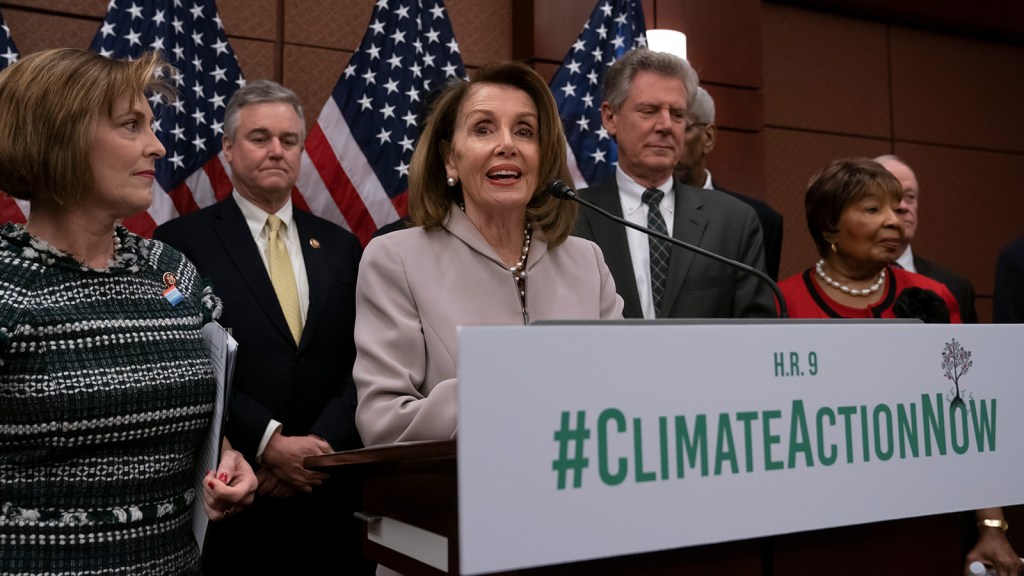 On Thursday, the newly Democratic House came out swinging by passing a climate bill for the first time in … let me just check my notes here … a decade. Better late than never?

The Climate Action Now Act (H.R. 9) passed through the legislative chamber mostly along party lines, with a few Republican exceptions. The bill is aimed at reaffirming American commitment to the Paris Agreement, a global climate accord that President Trump unceremoniously tried to ditch six months into his presidency.

The bill has little chance of passing the Republican-controlled Senate, a fact the Democratic leadership is acutely aware of. Rather, the act serves as a direct rebuke to Trump’s handling (or mishandling) of all things climate, and stands as a reminder to the rest of the world that at least one political party in the U.S. is still committed to taking climate action.

Illinois Representative Sean Casten, a Democrat with a background in renewable energy (and a background as a contributing writer to Grist), was tapped by Speaker Nancy Pelosi to preside over the House debate of the bill. He believes the bill serves a three-pronged purpose: restore America’s emissions reduction obligations, re-establish the nation’s trustworthiness on the international stage, and start the ball rolling on going even further than the Paris Agreement.

“Reducing CO2 is kind of addictive,” he told me on the phone. “Every time that any country or any region has committed to reducing CO2, it has always been done faster and cheaper than they thought it was going to.”

This bill is the first step in a larger climate agenda in the climate-conscious House, Casten said. Before Democrats can get the ball rolling, though, they need to do some damage control: “We are unfortunately in this Congress playing defense against the damage done by the last two years of the Trump administration,” he said. “Maybe in the not-too-distant-future, depending on what Senate does, we can sit at the big kid’s table again at international climate negotiations.”