The Midwest braces for yet another major storm 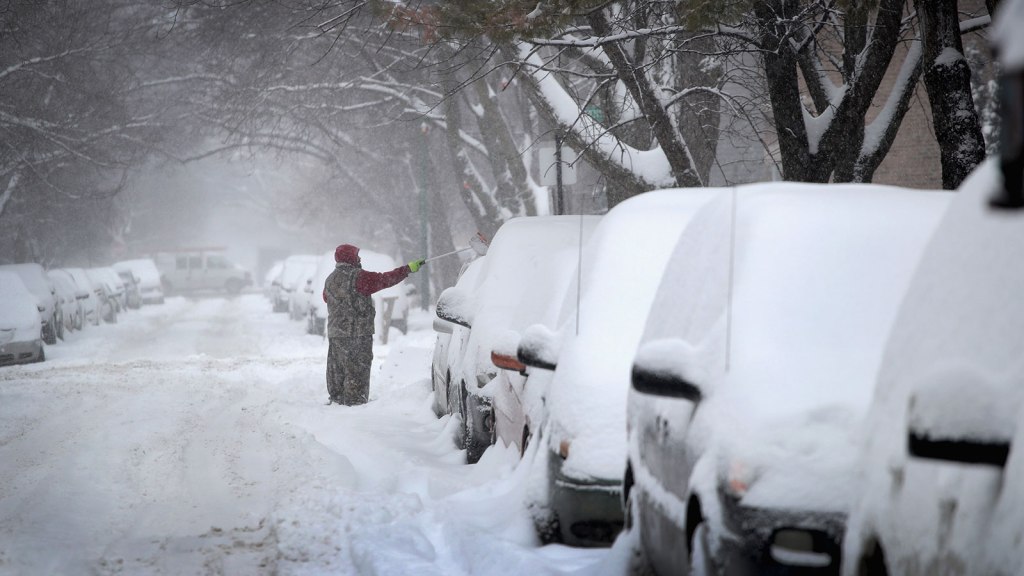 The Midwest braces for yet another major storm

It’s been less than a month since a bomb cyclone hovered over parts of the Midwest, dumping a mix of snow, sleet, and rain on the region. The system wreaked havoc on people, animals, infrastructure, and destroyed over $440 million in crops in Nebraska alone. Now, a similar weather event is headed that way again.

Wyoming and Colorado will get a healthy coating of snow in the mountains tonight and tomorrow, but the storm won’t get really worked up until it moves into the central portion of the country midweek.

Forecasters aren’t yet sure if we can call this storm bomb cyclone 2.0, but it will bring snow, high winds, and possibly thunderstorms to the Plains and Upper Midwest starting on Wednesday. Winter storm watches are in effect in six states. Folks in the High Plains, Northern Plains, and upper Midwest are bracing for what could amount to more than 6 inches of snow, though models show the heaviest band of snow potentially delivering upwards of 30 inches in some places.

While the snowstorm itself is certainly cause for concern, it’s the snowmelt that will occur after the system dissipates that’s truly troubling for a region still struggling to recover from the March deluge.

Regardless of snow, rain, or a combo of both, my concern lies in the amount of moisture this midweek storm looks to bring to moisture laden the Midwest and Plains. 2-4" of liquid in an already saturated moisture profile spells trouble…#Oatt #Plant19 pic.twitter.com/PRCc2cfHVu

Since the beginning of this year, the U.S. has experienced twice the usual amount of precipitation. More than 50 flood gages — devices that monitor water levels — across the country are at moderate or major flood stages. Many of those are located in the Midwest. (For reference, moderate flooding as defined by the National Weather Service is when some buildings, roads, and airstrips are flooded or closed.) April temperatures will quickly melt snow brought in by the storm, adding more water to already-saturated areas.

“This is shaping up to be a potentially unprecedented flood season, with more than 200 million people at risk for flooding in their communities,” Ed Clark, director of NOAA’s National Water Center in Tuscaloosa, Alabama, told CBS News.

An April storm on the heels of a March downpour isn’t just a bad coincidence. Research shows that spring flooding is one of climate change’s many disastrous side effects. As warmer springtime temperatures arrive earlier in the year, the risk of damaging floods worsens. Case in point: Over the past 60 years, “the frequency of heavy downpours has increased by 29 percent over the past 60 years” across the Great Plains, my colleague Eric Holthaus writes.