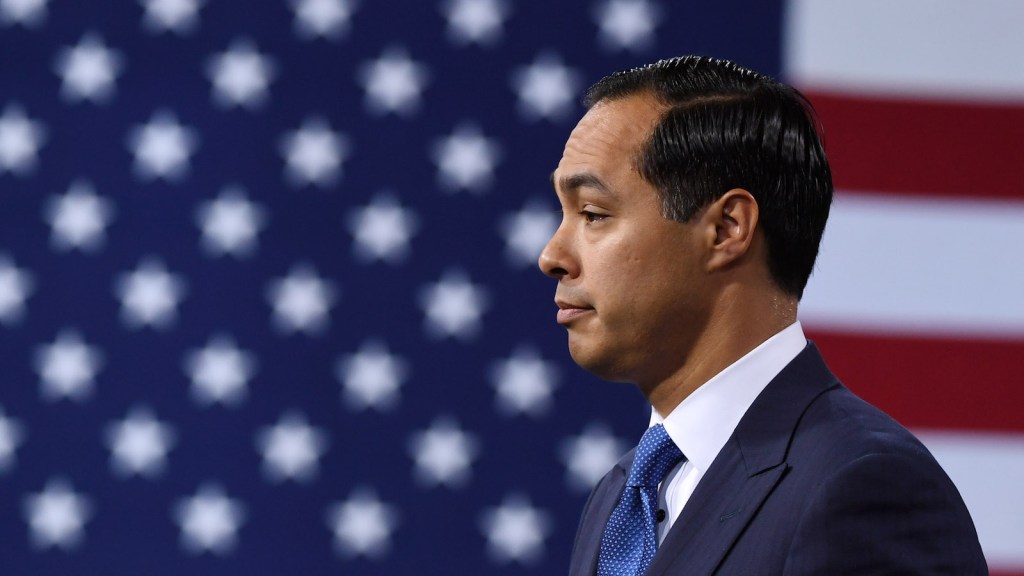 Julián Castro, President Obama’s former secretary of housing, thinks he can stand out in the crowded presidential field by focusing on climate change.

At a recent stop in New Hampshire, the candidate laid out his climate agenda and environmental bonafides. In 2016, focusing on climate change might have been an eye-catching strategy. But in 2019, Castro isn’t the only candidate, or even the first candidate this election cycle, to put the issue front and center.

So which candidates actually have the green track records to live up to their climate promises?

A new scorecard from environmental group Greenpeace USA assigned grades to all 19 of the Democrats who have qualified for the first two primary debates. They even scored the two Republican candidates, former Massachusetts Governor Bill Weld and President Trump (spoiler alert: They both got “Fs”).

Turns out, Castro might want to pick a different issue if he wants to stand out from the rest of the 2020 climate hawks. He scored a “D+,” while Inslee, who has a long history of championing environmental legislation, nabbed the highest score with an “A-.” Senators Cory Booker and Bernie Sanders ranked close behind Inslee with a “B+” each. According to Greenpeace, Castro neglected to set a net-zero greenhouse gas emissions target, concoct a plan to manage the phase-out of fossil fuels, or enact policies to fight environmental racism.

As a result, Castro garnered a measly 25 points out of the available 100. He’s still ahead of former Vice President Joe Biden, Colorado Governor John Hickenlooper, and Ohio Representative Tim Ryan, though. Those three got a “D-” apiece.

In order to determine how to score each candidate, Greenpeace sent around a 29-question survey that centered on two major themes, each worth 50 points: Will the candidate end the era of fossil fuels, and will they champion a Green New Deal?

It wasn’t a simple yes or no test; the survey asked for concrete targets for phasing out greenhouse gases, left blank spaces for candidates to write in specific policies, and even asked how candidates would go about setting up their cabinets. Greenpeace also examined each contenders climate and environment record — what policies they supported while in office, whether they took the No Fossil Fuel Money pledge, and the planks of their climate platforms (if applicable). The group says it intends to update the scorecard as candidates adjust or add new elements to their platforms.

Will Castro manage to establish himself as a climate hawk before the Democratic primary starts hemorrhaging contenders? Time will tell. In the meantime, I’m curious what kind of climate policy would warrant an “A+” score from Greenpeace. Relocate the polar bears to Antarctica? Durian burgers for all? A nationwide ban on flying? I guess we’ll never know.