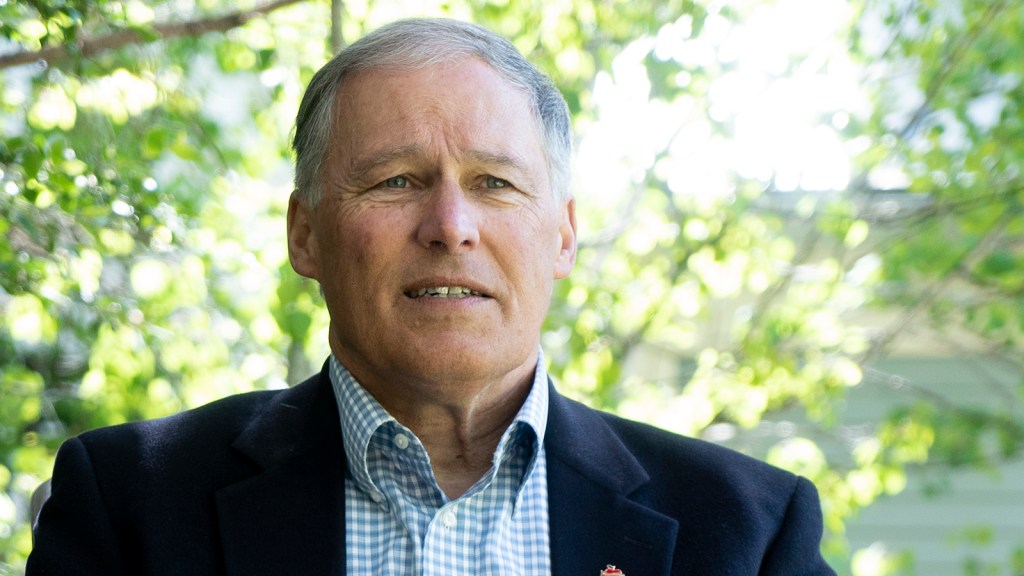 The little-known governor of Washington state just unveiled the ambitious second phase of his climate plan, and there are more pieces of the puzzle to come. That’s no surprise to those familiar with his platform: Jay Inslee is running as the climate candidate.

Some of Inslee’s fellow presidential candidates have embraced a progressive climate plan called the Green New Deal. A resolution outlining that plan, introduced by Representative Alexandria Ocasio-Cortez and Senator Ed Markey, points to some vague and rather massive policy ideas. But AOC’s policy plan isn’t expected to roll out until next year. Until then, Inslee’s plan is beginning to look like the closest thing we have to a road map.

Much like the Green New Deal, Inslee’s plan (the parts of it we’ve seen so far) offers a federal jobs guarantee, a 10-year mobilization on clean energy, and even healthcare benefits for impacted coal workers. Inslee wants to spur a $9 trillion investment that will fight off the worst of climate change and enable workers to find gainful employment in the transition to renewable energies.

One of the advisors to New Consensus, the think tank building out the Green New Deal, saw positive similarities between the two. “I think what Governor Inslee is doing very well and what the Green New Deal does very well is approach the problem through not only an environmental lens but also an economy lens,” said Brandon Hurlburt, who served as chief of staff to Stephen Chu, secretary of energy under President Obama. “We need people to understand the type of job that they can have in the mobilization effort that Governor Inslee is talking about.”

Inslee isn’t shy about drawing parallels between his plan and the history that inspired the Green New Deal. “Eighty-six years ago this month, President Franklin Delano Roosevelt laid out the details of the New Deal in a radio address,” the first line of Inslee’s plan reads. “Just as it did in the 20th century, America must rise to this 21st-century challenge with a bold plan.”

Here’s how his Evergreen Economy Plan aims to make that happen:

There’s a lot more in Inslee’s plan: a Clean Water For All initiative that invests in upgrading the nation’s crumbling water infrastructure, grants for smart grid networks, investments in public transit systems (helllooooo, MTA). Almost every piece of the Evergreen Economy Plan provides opportunities for thousands of new jobs.

“We need to have a jobs program that makes sure everyone has a shot at these good jobs in terms of training and otherwise,” Inslee told Grist in an interview in April. “When we’re defeating climate change, what we should be doing is increasing economic equality. That’s invested throughout this whole system.”

Unlike many of the now 23 presidential hopefuls, the governor of the Evergreen State actually has some achievements under his belt to point to as he makes a case for why America needs to tackle climate change full-on.

But Inslee is polling at a paltry 1 percent. His involvement in the 2020 presidential race, however, could have the effect of inspiring other, more established candidates to roll out their own climate plans.

New Consensus advisor Hurlburt pointed out that thanks to candidates like Beto O’Rourke and Inslee, voters will have a wide array of choices. “If Democrats are trying to outdo each other by proposing the most ambitious policy to meet the scale of the problem, that’s a good way to start addressing [climate change],” he said.