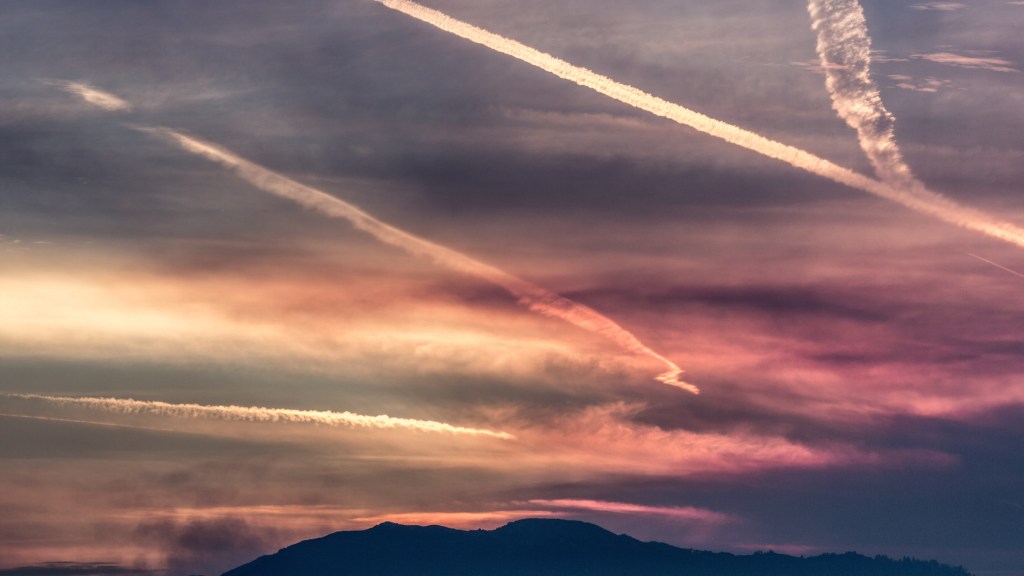 George Rose/Getty Images
Everything is illuminati

When I was 18, Naomi Wolf’s The Beauty Myth shaped my ideas about sex, attractiveness, and life as a woman. To summarize: It’s all controlled by men! So I was alarmed to learn that the influential feminist scholar has turned to shaping ideas about who controls the weather — specifically, by tweeting relentlessly about covert chemical spraying, unfamiliar cloud patterns, and schemes to manipulate the weather. Wolf is a cloud truther.

Cloud Trutherism (my own term for it) is one of many conspiracy theories surrounding climate change. It is not your standard climate denial, but rather a persistent belief that airplanes are the real and ignored cause of climate change. It’s worth mentioning here that the carbon impact of air travel is to blame for a significant portion of emissions, but that’s not the Cloud Truther cause.

Adherents’ beliefs range from the somewhat benign (cloud-seeding projects are having runaway and largely ignored effects on the climate) to the extreme (the government is secretly using aircraft for geoengineering and spraying its citizens with disease-causing chemicals), but it all boils down to: It can’t just be carbon emissions and other greenhouse gases. The scientists are wrong, and, depending on what part of the internet you land upon, part of a nefarious global plot to control the climate.

You basically have two choices when it comes to a daunting problem like climate change, says Stephan Lewandowsky, a professor at the University of Bristol who studies the psychology and cognitive theory of conspiracy theories. “You can either accept the science and say, ‘we have to deal with this problem,’ and then look for the solutions least offensive to your worldview. Or you say, ‘the problem doesn’t exist!’ You deny the problem. The moment you do that, you have to figure out how to justify that to yourself.”

While it’s tempting just to mock this type of thinking, climate-related conspiracy theories are actively counterproductive to climate action. “Although often parodied as inconsequential fantasies entertained by disenfranchised people on the fringes of society, conspiracy theories can influence what ordinary people intend to do in important domains,” found one study by Karen Douglas, a psychologist at the University of Kent who studies conspiracy theories.

I wanted to talk to a Cloud Truther to understand the people behind these theories — and how they might respond to the point that said theories relieve them of any responsibility to, say, limit one’s carbon emissions.

Dave Dahl is the author of one website frequently cited by Wolf, artificialclouds.com. (He’s not Dave Dahl of “Dave’s Killer Bread” fame, nor Dave Dahl, the climate-denying Minnesota meteorologist.)

Dahl, a web designer in California with an implausibly perfect radio voice, does accept that climate change is real. While he doesn’t align with the more extreme beliefs within cloud trutherism, he finds the explanation of how climate change creates more extreme weather events to be “too abstract.” He believes climatologists aren’t paying enough attention to the role of cloud seeding — a real practice involving spraying clouds from above with silver iodide that (usually) local governments use to stimulate rain and snow in cases of, for example, extreme drought — and the water component of aircraft emissions, which he sees as the primary causes of climate change.

Dahl describes how his time as a former navigator in the Navy involved a lot of skygazing — and noticed, he says, more and more aircraft trails across the sky. He asks me whether I’ve ever seen a blue sky “become cloudy from jets,” which I tell him I have not, but I also admit that I don’t spend significant time staring upwards. He’s observed it happening before a rainstorm in California where he lives, he says — clear evidence that the clouds are being engineered to produce rainstorms.

Which is how we get to Hurricane Harvey: Clearly a product of cloud-seeding, Dahl tells me. This is the subject of a 20-minute YouTube video by cloud-seeding enthusiast Jim Lee. The evidence? According to a county memo, Culverson County, far on the west end of Texas, engaged in cloud-seeding on August 25, the day that Hurricane Harvey made landfall in Houston. Dahl explains that the storm passed through enhanced clouds — and probably “loads more in other Western states” — on its way to Houston, which is what made it so extreme.

“But Hurricane Harvey came through the Gulf,” I said. “It didn’t pass through West Texas or any other states on its way to Houston.”

“Aha — hmm,” Dahl responded. “Well, I guess if it came that way that’s probably not the case. But I wonder if that’s true?” (It is true.) “Maybe we should look a little more closely.”

If you sincerely believed that aircraft were the single greatest threat to the state of the planet, wouldn’t you avoid flying? Dahl, for one, does not. “We’re all part of the problem. I’m not sure the answer is flying less. Maybe the answer is stop weather modification and see what happens, but that would be very difficult to do,” he said. Nor does Dahl believe that individual changes — consuming less, driving electric, eating less meat — make enough of a difference to matter.

I asked Douglas, the University of Kent professor, whether conspiracy theories about climate change will proliferate as evidence of it becomes more and more difficult to ignore.

“People will strongly hold onto their beliefs even in the face of contradictory evidence, so it’s difficult to imagine conspiracy theorizing decreasing,” Douglas wrote to me. “But I’m not sure if it would increase.”

Lewandowsky, the University of Bristol professor, says that there’s evidence of a way to “inoculate” against conspiracy theories, and that’s instilling a sense of control.

“For example, even just saying: ‘We’ve already started to tackle the problem, but we need to increase our efforts even more.’ That is a more empowering message than, ‘It’s so big, it’s horrendous, and we haven’t even started solving it.’ If I tell you that, that’s very demotivating! That’s a tough ask!

“I think if people know what to do about climate change, and they feel they can do this without hurting too much, chances are they’re less skeptical, less in denial of the problem.”

To get back to Wolf: As Sarah Ditum pointed out in The New Statesman in 2014, The Beauty Myth was actually exposing a conspiracy — the patriarchy! — but that was one turned out to be real. And it’s yielded a healthy movement of women (and some men) who work to counteract the damaging forces of sexist advertising and media.

I felt a fair amount of guilt even writing this article. Our ecosystems are certainly changing, which elicits a real, documented sense of loss. And I get the sense, poring through endless documentations of cloud-streaked sky in the chemtrail community, that the people obsessed with the patterns of clouds are mourning a change they do not control. I don’t want to ridicule anyone who fears the same things I do — that the world is changing, and I can’t control it, and it only seems to be getting worse. I do wish they were better informed, a desire that will surely bring the fires of the cloud-seeding truther community down upon the inbox.

More than anything, I hope that a young woman like a teen me, who sees Naomi Wolf as a source of truth and authority, will not find herself waist-deep in the climate conspiracy theory internet and think: “Wow, there’s really nothing I can do about this.”