This carbon tax is dead on arrival, but it shows bipartisanship is alive 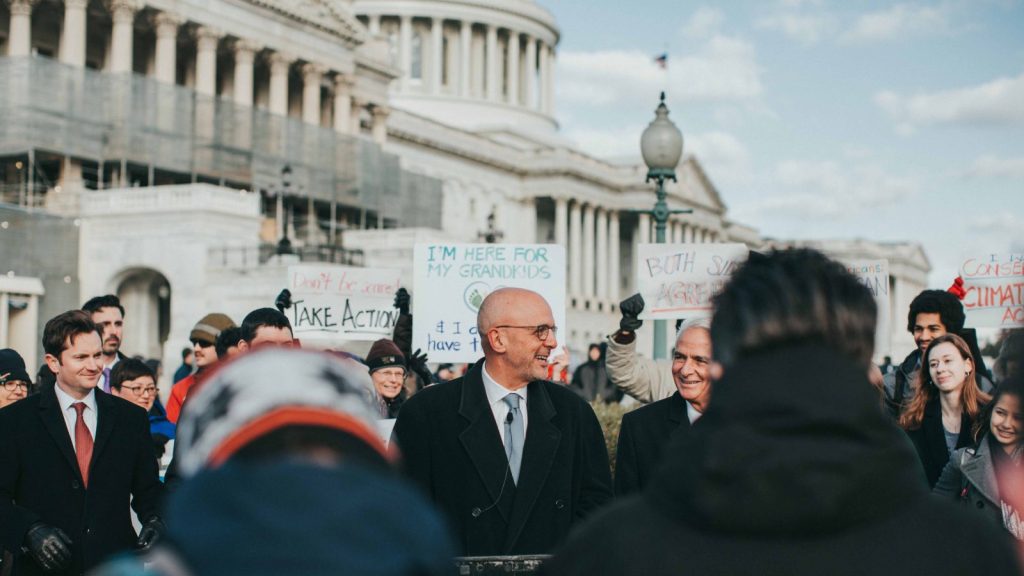 This carbon tax is dead on arrival, but it shows bipartisanship is alive

For the first time in a decade, a bipartisan climate bill is on the table in Congress. The Energy Innovation and Carbon Dividend Act would institute a national carbon tax. If it passes (and that’s a giant if) the money would be returned to American households, meaning that each of us could get a nice check for about $500 each year.

The bill was proposed last week by a collection of members of the U.S. House of Representatives from the bipartisan Climate Solutions Caucus. And it’s pretty ambitious for legislation with support from both sides of the aisle. If Congress passed the proposal next year, it would put the U.S. on track to outdo promises the Obama administration made as part of the Paris climate agreement, according to analysis from Noah Kaufman, an economist at Columbia University’s Center on Global Energy Policy.

But again, please don’t hold your breath. Pigs will fly before the 2019 U.S. Senate passes a carbon tax and President Trump (“It’s cold! Whatever happened to Global Warming?”) signs it into law. So if this legislation isn’t going anywhere, what’s the point of putting it out there?

“We thought it was important to introduce this now to show that as we prepare to head into what will be a more bipartisan Congress, that there is a bipartisan way forward on this issue,” said Representative Ted Deutch, a Florida Democrat and one of the bill’s cosponsors, during a press conference on Wednesday. “It’s the only way that we can get anything done.”

According to a handful of experts, Deutch has a point. Even if the proposal dies, it could bear fruit down the road.

Paul Sabin, professor of history and American studies at Yale University, points to the DREAM Act as an example. The proposal was introduced in 2001 to offer a path to citizenship for young undocumented immigrants. Congress failed to pass it, and the many attempts that followed. But President Obama, frustrated by these failures, signed an executive order to protect the Dreamers in 2012. The template was already established, even if it didn’t pass in its original form.

The Affordable Care Act was also the result of decades of refinement. Consider the Clinton health care reform plan from 1993. That died in Congress, but it tested the waters and provided valuable lessons for the Obama proposal that eventually passed in 2010.

In other words, the proposed carbon tax could provide something just as useful — a template for future legislation, says Columbia’s Kaufman.

“As of a few years ago, no one was really talking about a federal carbon tax,” he says. This year has already brought a couple carbon-tax proposals from conservatives, including one from Florida Representative Carlos Curbelo which went nowhere. Another was floated by a bipartisan organization called Americans for Carbon Dividends.

So why would the Climate Solutions Caucus bring forth another plan now? It could be a response to the midterm elections, when many Republican representatives who spoke out on climate were voted out of office — including Curbelo (a Grist 50er), Barbara Comstock of Virginia, and John Faso of New York. The remaining caucus members “want to make a bold statement that bipartisanship in the climate space is not over,” says Megan Mullin, associate professor of environmental politics at Duke.

Other factors could be playing a role. The National Climate Assessment came out just before the Deutch plan was announced, predicting widespread consequences for all regions of the United States. And with the “Green New Deal” backers pushing the Democratic Party for ultra-progressive legislation, conservative-leaning politicians might worry that they’re going to be left out of the conversation.

“I think those folks are looking out and seeing that there may be a real possibility of a partisan solution on the horizon in the next five years,” says Mullin. “They want to stay in the policy space to shape what kinds of policies unfold.”

It’s not just Republicans who want a say, Mullin adds. “There are a lot of Democrats who sincerely think that a bipartisan solution is the best way to address this problem. They’re hoping to produce action through a more consensual process than what we’ve seen from other major legislation over the past 10 years.”

Although any debate over climate action may be framed as a fight between progressives and moderates, there’s middle ground between the Green New Deal and market-mechanism approaches. People on both sides could unite around the idea of supporting clean energy jobs, for example. Sabin points out that there’s also a connection between the revenue-neutral dividend from the Deutch plan and the progressive idea of Universal Basic Income.

One thing progressives probably won’t like about the bill: It would prevent new regulations on carbon emissions for at least 10 years after it was implemented. Love it or hate it, though, it’s a start.

“In a hypothetical world in which a federal carbon tax, or any major federal climate legislation, passes Congress over the next five years, looking back from that point, the process will have started with proposals like this one,” Kaufman says.