This guy wants you to change your underwear — for Earth's sake 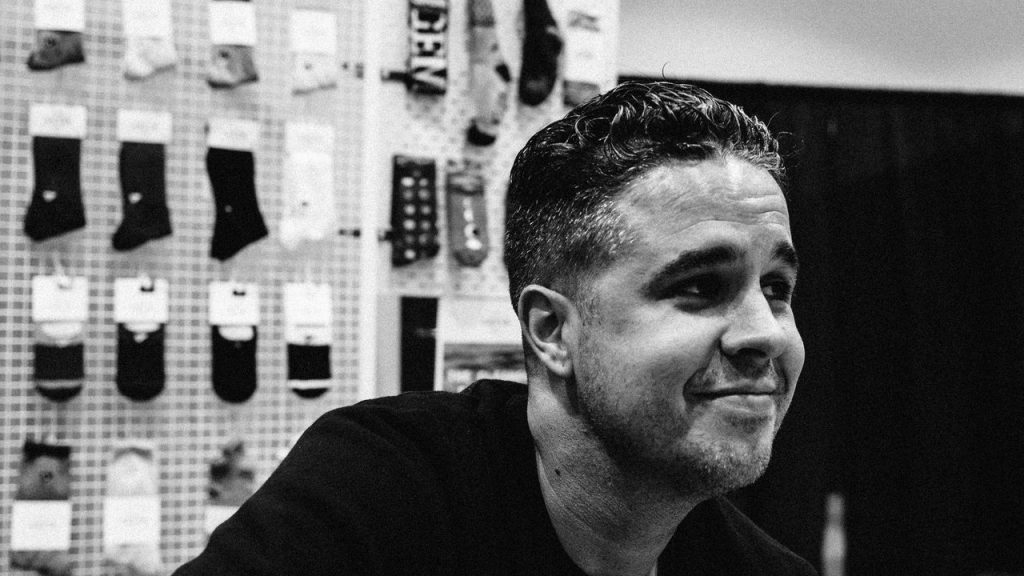 How clean is your underwear? Please don’t check! I’m talking sustainability here — and when it comes to the planetary impacts of your underthings, well, they’re verging on unmentionable. It takes around 252 gallons of water to manufacture a typical pair of cotton boxers (that includes the growing and dying process). A pair of socks clocks in at about 50 gallons.

That’s why Dustin Winegardner, a Seattle-based clothing entrepreneur, wants to bring green apparel back to the basics. After years of selling socks and underwear to big clothing companies like Urban Outfitters for Amsterdam-based fashion supplier ITC Accessories, Winegardner decided to find out if it was possible to create socks and underwear that can compete with high-end brands on cost, while being a little lighter on the land.

“Sustainability is a hot topic — everybody’s trying to do it, but the common assumption is that to do it it’s gotta cost more,” Winegardner said. “If I show up to a company like Urban with a sock that has this great story but costs twice as much, they’ll never buy it.”

His solution: Arvin Goods, a tiny company making socks and underwear from 92 percent recycled materials (mostly reclaimed scraps from large commercial t-shirt factories and polyester from post-consumer plastic bottles) and selling them at costs comparable to Calvin Klein and other high-end labels. Every part of the production process — from the Spanish yarn to the Chinese factory to the Seattle corporate office — has been certified under the Global Recycled Standard, which includes third-party audits of sustainability claims and working conditions.

And they’re not just for folks who’d wear them with Birkenstocks: Arvin Goods has collaborated on sock designs with the likes of Macklemore and Czarface, a hip-hop supergroup co-founded by a member of the Wu-Tang Clan.

Yes, these socks are relatively expensive. Yes, they ship with Amazon. And yes, there are plenty of big companies with recycled textile initiatives. But Winegardner hopes his sustainable socks and underwear can get a whole new set of eyeballs on the problems facing the textile industry (and the easy-to-make decisions that might help solve them).

I spoke with Winegardner a few weeks ago. The following interview has been edited for length and clarity.

Q. What inspired you to start Arvin Goods?

A. I spent about a year touring around to big apparel companies, putting a sock made from recycled cotton on the table, and telling them that I could convert their entire brand into this. People would be intrigued — they’d say, “I love it, great idea, let’s talk,” but then they wouldn’t buy it. Finally, I said, “Screw it. I’m just gonna make one myself.”

Q. Why socks and underwear?

A. The sock and underwear category is one of the largest consumer categories in apparel — not in terms of dollars, but in terms of volume. If you start looking at its material consumption and impact levels, it’s huge. But if you sat down a focus group of 10 people, none of them would list socks and underwear as their first idea of creating sustainability. The goal is to hit mass market, and get all these people who are blind to everything that’s going on to wonder, “How the hell can a pair of socks save 50 gallons of water?” [Author’s note: Arvin Goods socks do take some water to manufacture — those post-consumer plastic bottles need washing, after all. But the 50-gallon estimate for conventional socks is conservative to begin with.] It’s almost funny — you’re gonna change the world with socks and underwear? But every step counts.

Q. How did you decide to sell on Amazon despite their documented environmental impact issues, like the emissions involved in ultra-rush shipping?

A. Whether I’m a fan of Amazon or not doesn’t matter. The fact is, they’ve got shitloads of people buying from them — Amazon is a place where I know that, over time, we can get the most eyeballs. And my priority right now is on that. My goal is to raise enough hell that big companies like Hanes or Calvin Klein start copying us.

Q. You don’t care if those companies take over your market?

A. It’s in everyone’s best interest if I get copied. That’s my theory. Arvin’s a little baby project right now, so we need to make it boom, and then help other people do it.

Q. What do you think it’ll take to fix the textile industry?

A. We live in a world of heavy, heavy influence right now. And whether it’s right or wrong, you need some of these star-power type people to really champion sustainability. I’ve got a 12-year-old daughter who I’m trying to keep off Instagram at all costs. And “influencer” is a stupid word, but it’s true — that’s what these kids are influenced by. They see something, and that’s what they want to do or emulate. It’s no different from when I was a kid and wanted a pair of Air Jordans.

Q. Is that why you do so many collaborations?

A. I don’t need to market to sustainability people, because they already get it. I need to talk to the people that are standing in Nordstrom right now buying a pair of Calvin Klein socks, and get them to understand that there’s a better way to do it. Look at the partnership we just did with Czarface [the aforementioned hip-hop supergroup]. Their audience isn’t a prime sustainability target. But all of a sudden these people know who Arvin Goods is.

Q. Where do the socks that you lose in the wash end up?

A. I don’t know! I’m not recycling them! That’s a goldmine of material input, if someone figures out where those things are at. But I can tell you from experience that Arvin’s are not exempt.