This holiday season, instead of picking your battles, pick your battlefield 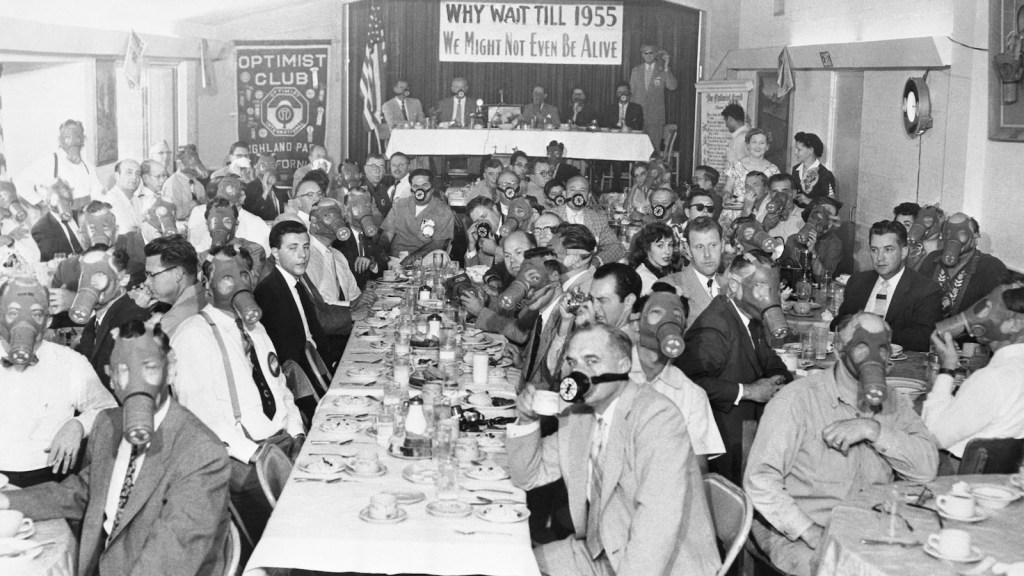 This holiday season, instead of picking your battles, pick your battlefield

November 2016 was a devastating time for at least 65.7 million people — everyone who voted for Hillary Clinton. And amid that discombobulating cocktail of astonishment and disillusionment (one part despair, two parts disbelief), many of them had to sit down at the Thanksgiving dinner table and weigh whether or not to discuss a traumatizing election. Perhaps there were Trump supporters at the table, or non-voters, or even someone who voted for Jill Stein!

Common etiquette dictates that political conversation is not appropriate for family dinners. Much has been said and written since the election about the best solution for the hyper-polarized political situation. And it boils down to: People who love and respect each other need to engage one another in political discussion, even — especially — if they disagree. In other words, etiquette is bad!

I talked to several people with politically diverse families about how they approached that issue at Thanksgiving 2016. They almost entirely opted to simply make nice, remain quiet, and try to keep from imploding. But now, a year later, so much has happened: The president has made us the only country in the world to oppose the Paris Agreement; the EPA is headed by a man who has long sought to dismantle it; and we’re actively embracing coal, a dying, increasingly economically unviable, climate-catastrophic energy source. (And that’s just on the environmental front.)

So I asked them how they are feeling now, facing another set of holidays? What approaches have they found that work to address hot-button topics with family members who hold different opinions? This is their advice. (Names are changed to protect family relations!)

One-on-one is more effective than a large holiday dinner.

Neil, 35, is a Texas native and conservative-turned-liberal — “I voted for Bush in 2000,” he whispers conspiratorially to me over the phone — who now works on energy efficiency in Dallas.

In the couple of weeks between the 2016 election and Thanksgiving, Neil was a volatile mess, as he’s currently being reminded by Facebook’s most evil feature, “A year ago today….” One day it serves up a weepy status update, the next, some half-hearted attempt to counteract the pervasive negativity and bitterness of his social circles. Every fresh Trump speech or quote, however, convinced him that there was little to be optimistic about.

Neil spent last Thanksgiving with his in-laws, all of whom are conservative Republicans and voted for Trump, despite the fact that they don’t like him. Politics is never tolerated as a dinner conversation; it’s effectively been banned by his mother-in-law.

“Trump could actually declare that he wants to kill or incarcerate every black man in the country, and my sisters-in-law would see conversation about the topic as inappropriate,” he says.

However, over the course of the year, he’s found that he’s been able to make some headway in private, one-on-one conversations with his in-laws. The key, he says, is focusing on issues that matter to them — conservation, education, the energy grid — rather than the current tenant of 1600 Pennsylvania Avenue.

It’s not always easy — there’s a frequent sensation of “beating one’s head against the wall” — and he often feels exhausted or discouraged talking with committed conservatives. But it’s certainly yielded more meaningful conversation than in a potentially overwhelming, all-family setting. Neil says he’s been able to meaningfully discuss how the actions of the Trump administration — particularly in his cabinet nominations — have gone against the intentions and values of his relatives who voted for them.

Be realistic. If you know your family can’t be swayed, save your mental strength and find a coping mechanism.

The difficult truth is that you have to know your audience. My colleague Elena, 34, has a tight-knit, boisterous, and fiercely conservative family who all live within two miles of each other in rural Florida. They will vote Republican for the rest of time, she explains, because of the party’s commitment to lowering the estate tax. Her family members are long-time ranchers whose land is their livelihood.

“There’s nothing I can say that will change their mind,” she explains. “They think about this issue as preserving family land, preserving it in a way where your kids can still make a living off of it.”

As the lone liberal in the family, she often feels her relationships with some relatives are limited, especially since the election of Trump. Many of the people she loves, she explains, are supporting this man who embodies everything she stands against. Their ability to ignore the racism and sexism associated with the current presidency has been hard to swallow.

“You have to find strength deep down inside to ignore it. It sounds counterproductive, and ignoring is not what progressive people do at all,” Elena tells me. “But if you want to continue to have that family, there has to be some compromise of your principles and values.”

Elena has, however, found shared values with her family members within her generation. Away from the older, more entrenched relatives, she hears some vocal disappointment in the bigotry of the Trump administration. It gives her hope.

“What makes me able to temper myself is knowing that the type of belief system that would condone racism and sexism will die with the older generation of my family,” she says. “It will not be what carries on with my cousins and me.”

Actually, forget your family and go to the bar. There’s a chance you can sway more minds there.

The bigotry of the Trump administration is exactly what pushes Michael, 30, who lives in Pennsylvania, to keep trying to engage people in conversation.

Trump’s inauguration was on his daughter’s first birthday. “She lives in a white conservative area, and she’s black — she looks black,” he says. “Trump just encourages racism and emboldens racists, and I have to figure out how to explain that to her.”

What Michael found hardest about the election was worrying about what his daughter’s future would look like as a result of a Trump presidency. “That’s my whole thought process: How can I reverse anything that that idiot does?”

But his anxiety over Trump’s effect on his daughter will not be taking place at family gatherings with the white, conservative relatives of his ex-girlfriend (his daughter’s mother).“She doesn’t spend any time with family members who are conservative,” he explains “I forbid it, and her mom and I agree on that. We don’t want our daughter to feel like she doesn’t fit in or have to feel that kind of hostility low-key.”

Michael is usually out of earshot of his kid when he talks with people from the other side of the political spectrum. At this time last year, his family was living in a small, rural town. And even though he and his ex-girlfriend share most of their political beliefs, he says she would get too upset during most conversations about the state of the world. So in the lead-up to the election, he conducted most of his political debates at bars with the older, rural, white patrons.

“We had the same concerns: our families, good jobs,” he remembers about his fellow patrons. “If you bond with people on that part of it and then realize we’re humans and what we agree on, it’s easier to talk to people.”

Michael says that those conversations are even more necessary today as many people who voted for Trump may be starting to feel embarrassed and frustrated by his presidency — especially as we approach the midterm elections.

To be effective (and cordial!), meaningful political conversations with those around you have to start well before voting season — and since Thanksgiving falls right after elections, it’s about as far from the next voting season as you can get. But you have to set realistic boundaries. You have to know when, and where, and how those conversations should take place. A holiday table could be an apt scene for nuanced discussion, or it could lead to screaming, tears, hurled pies, and even more stubbornly entrenched political stances. Every family is different — unhappy in its own way!

My advice to you this Thanksgiving is simply: Read the room. The difficult conversations do have to happen, but they shouldn’t happen in the most difficult of settings.