This pumpkin shortage will be the scariest thing about Halloween 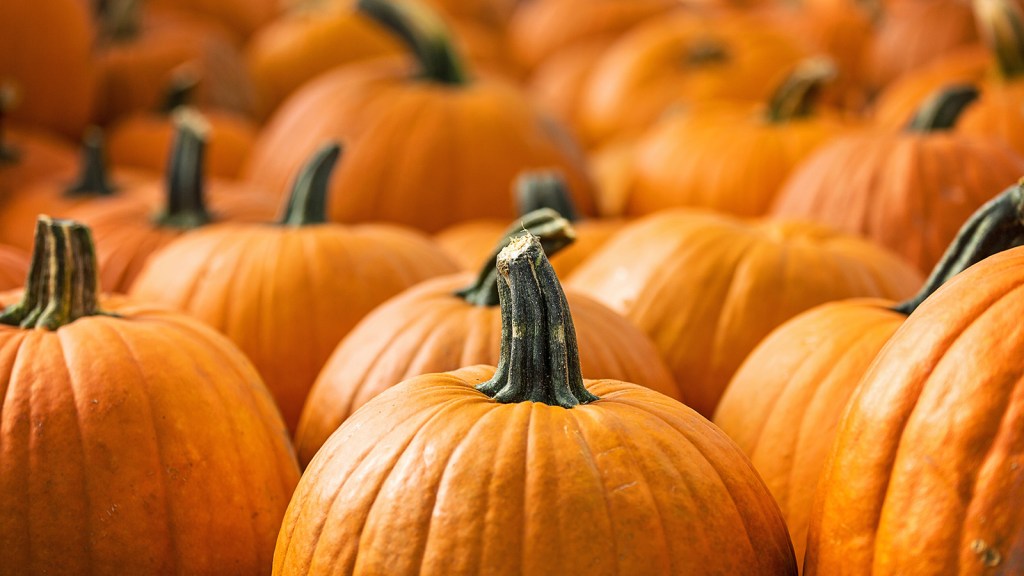 This pumpkin shortage will be the scariest thing about Halloween

Ahhh! Fall! The best time of the year: Sweaters come out of the closet, leaves swirl around your feet, and pumpkins dot neighborhood stoops like little orange sentries. This year, however, record-setting precipitation in the nation’s pumpkin basket spells dark days for pumpkin lovers.

ThinkProgress reports that Libby’s Pumpkin, the worlds’ largest canned pumpkin supplier, acquired just half their normal stock of pumpkins this season. And who is to blame for this shortage? Climate change! In a meeting with congresspeople on Capitol Hill recently, Paul Bakus, president of corporate affairs at Nestle, Libby’s parent company, talked about declines in the nation’s pumpkin harvests and said he “firmly” believes the cause is climate change. From ThinkProgress:

“This year’s harvest was reduced because rains came early in the season during a critical growth period,” Roz O’Hearn, corporate and brand affairs director for Nestle USA, told ThinkProgress. “The result: not as many pumpkins formed from the flowers.”

Normally, Libby’s harvests pumpkins from late August through the end of October or early November, but this year, the harvest ended on October 5, almost a month early, due to poor yields.

“We originally reported our yield could be off by as much as a third, but updated crop reports indicate yields will be reduced by half this year,” O’Hearn said.

O’Hearn told ThinkProgress that Libby’s anticipates having enough product to get customers through the Thanksgiving holiday, but expects that holiday demand will completely deplete their stock, leaving nothing in reserve. That means that once Libby’s makes its final shipment of canned pumpkin — probably around the beginning of November — there will be no extra canned pumpkin to stock shelves.

The good news is, this probably won’t affect your pumpkin-spice flavored Pringles, Pop-Tarts, vodka, marshmallows, bagels, body lotion, dog treats, or air fresheners — mostly because that shit is all chemicals anyway. Your pumpkin-spice latte, however, finally contains actual pumpkin and not pumpkin-like flavoring, so will the pumpkin shortage mean sorority girls and yoga moms across the nation should start hoarding? Only time will tell, but just to be on the safe side, you may want to get your jack-o-lantern early.