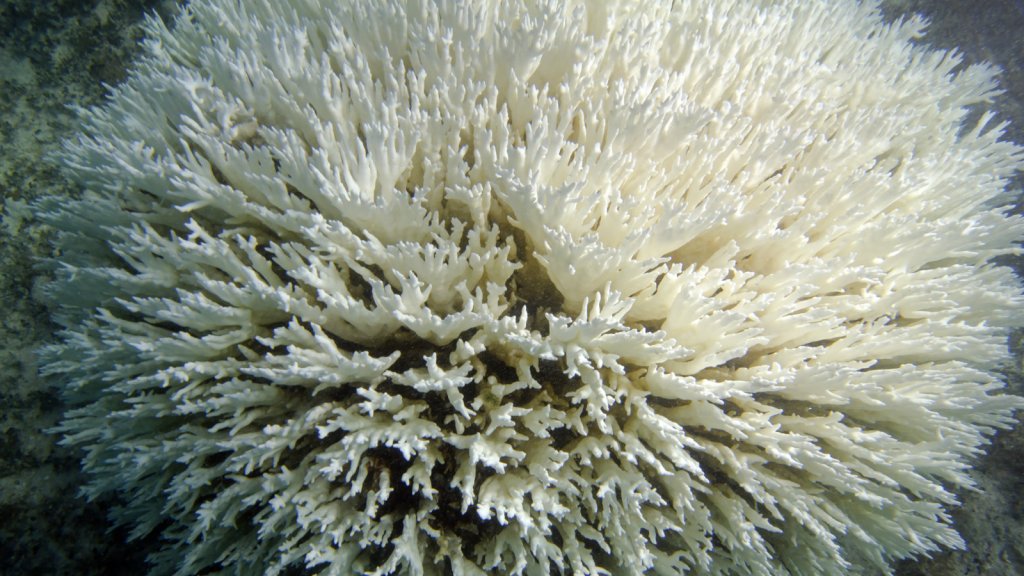 If you thought bleaching was passé, both a reinvented Justin Bieber and some equally tortured coral reefs are here to let you know just how wrong you were. Today, the National Oceanic and Atmospheric Association announced that we are officially in the throes of a massive coral bleaching event for only the third time in recorded history.

The first round, which kicked off in 1998, ultimately destroyed 16 percent of the world’s corals. The second came in 2010, on the heels of a particularly strong El Niño. Now — because third time’s the charm, right? — scientists think as much as 38 percent of global reefs could be affected in the ongoing bleaching disaster.

The current wave of bleaching started in 2014, and is expected to keep worsening into 2016. In many parts of the world, there is some bleaching observed every summer — but those seasonal events are relatively short and survivable. These massive bleaching events are often tied to El Niño cycles, when global ocean temperatures are generally higher. Their increasing frequency suggests that climate change is playing a major role, too. Here’s some background, from NOAA’s press release:

“The coral bleaching and disease, brought on by climate change and coupled with events like the current El Niño, are the largest and most pervasive threats to coral reefs around the world,” said Mark Eakin, NOAA’s Coral Reef Watch coordinator. “As a result, we are losing huge areas of coral across the U.S., as well as internationally. What really has us concerned is this event has been going on for more than a year and our preliminary model projections indicate it’s likely to last well into 2016.”

While corals can recover from mild bleaching, severe or long-term bleaching is often lethal. After corals die, reefs quickly degrade and the structures corals build erode. This provides less shoreline protection from storms and fewer habitats for fish and other marine life, including ecologically and economically important species.

NOAA was tipped off to the scale of this disaster when reefs started bleaching extensively in Hawaii last summer, and didn’t stop. Using satellite and temperature monitoring, NOAA can predict where and when the worst risk of bleaching will occur. Here’s what that picture looks like now:

When corals are bleached, they are essentially starving — which makes them more vulnerable to other stressors, like pollution, disease, overfishing, underwater dredging, and so on. So while the best thing to do in the long term is — guess what! — to bring down our greenhouse gas emissions, we can also make up a lot of ground by, you know, not destroying the reefs in the meantime.

After all, we don’t want to find ourselves singing the towheaded Bieber’s “Where Are Ü Now” to all our corals a few years down the line. (Not just because we don’t want the corals to disappear, but also because that song is impossible to get out of your head. Seriously.)