It’s been six months since Category 5 Super Typhoon Yutu wreaked havoc on Saipan and Tinian in the Northern Mariana Islands, and thousands of people are still recovering. Although the storm had only one reported casualty, the tragedy left a scar that has yet to heal in the lives of many residents in the U.S commonwealth.

The Marianas are no stranger to tropical storms, but Yutu’s 200-mph wind and gusts flattened homes, tore down electric poles, and spread devastating damage. Resident Cinta Kaipat, 57, remembers the storm vividly. She lives in the southern part of Saipan — an area that suffered some of the most damage. Kaipat says she experienced many typhoons growing up, but that Yutu was the worst. “It sounded like a freight train; that’s how strong and horrible it was,” she said. “I’ve been through typhoons before as a child, and I’ve never experienced that kind of fear.”

When the storm calmed hours later, Kaipat says she stepped outside to assess the damages. Her neighbors were huddling outside — dirty, wet, and shivering. They, like approximately 6,000 other residents, according to the American Red Cross, had just lost their homes in the storm. Overall, more than a quarter of the commonwealth’s population of about 55,000 was displaced overnight. Most of Saipan and Tinian had no electricity or running water for months, while many residents still go home to temporary shelters — tents provided by a federal relief program.

Unlike when Hurricane Maria hit fellow U.S. territory Puerto Rico in 2017, mainland media coverage of Yutu’s impact on the Mariana Islands was sparse. But both areas have suffered from sluggish relief efforts in the wake of devastating storms.

In the case of the Mariana Islands, which consist of 15 islands located between Hawaii and the Philippines, recovery efforts have largely relied on former and current residents. Parents have reported having had to take time off work to help repair schools hit by the storm. Classes for K-12 students were postponed for at least a month, and even when schools did reopen, some elementary and middle schools relocated to temporary campuses and are now having classes in tents.

Kaipat says she has tried to help her neighbors who lost their homes, bringing them spare clothes. She says there is a clear difference in aid opportunities and eligibility depending on residents’ immigration and economic status. Kaipat and her family own a property and can apply for different programs, but her neighbors, many of whom are immigrants or guest workers from the Philippines, have limited options, according to Kaipat.

Ginny Wu, who is currently working in California, said that her Chinese immigrant parents, who own a small business on Saipan, lost pretty much everything. The store was their only source of income — so they faced many financial difficulties after the storm. A few weeks after the typhoon, her dad was sent to the emergency room for surgery. 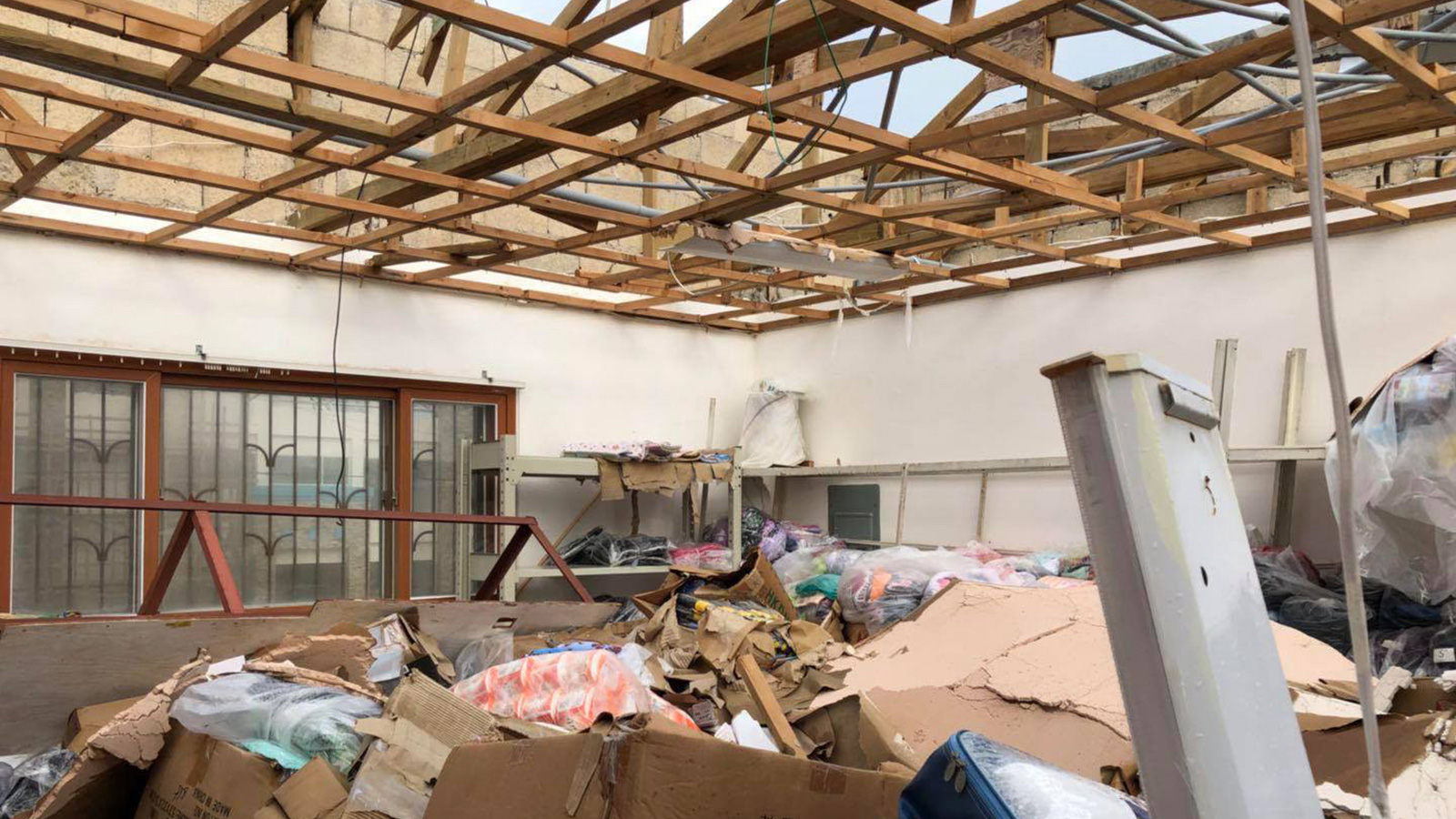 “My parents don’t really know a lot of English and they don’t have many friends or connections,” she said. “It was financially tough. We had to fix our house and because my dad didn’t have insurance, all the hospital fees were out of pocket.”

Wu says her family applied for aid from the Federal Emergency Management Agency, but only received a small amount in March. “My mom said that a lot of her local customers received aid very quickly,” she said. “We’re still applying for FEMA to see if we can get [more], but we still haven’t gotten a response.”

Amid all the rubble, the community was strong. Folks from Seattle, New York, San Diego, and many other places donated dozens of relief boxes to the islands. The military also helped with infrastructure recovery and tidying up the roads and beaches, while food and other relief goods were handed out by small organizations.

“Despite the devastation that happened, you see the beauty in the human spirit and how good people are,” Kaipat said. “I think it’s the generosity and the will of the community and believing that no matter how bad things got, in the end, we will pull together and help each other recover.”