Trump has an F in science. Can we change that? 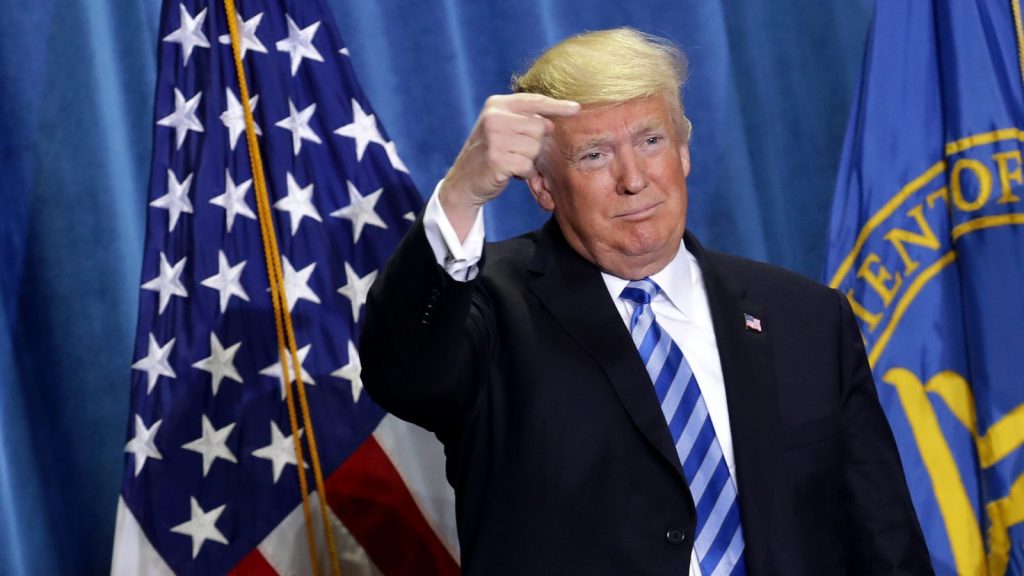 Trump has an F in science. Can we change that?

It’s no secret that President Trump doesn’t have a firm grasp of climate science. I mean, “climate change is a hoax invented by the Chinese” isn’t a particularly informed stance on the biggest issue facing humanity. But Trump hasn’t succeeded in completely isolating himself from people who know (and even possibly care!) about the way rising temperatures affect human beings.

At least one of Trump’s officials, through a pretty painful-to-watch process of rapid-fire evolution, now understands the science behind human-made climate change. His name is Jim Bridenstine, and he’s the new director of NASA. Bridenstine appears to have brains, but, unfortunately for us (people who have to live on this planet), he doesn’t have balls.

And if there’s one thing we know about this president, it’s that he responds well to stunts and tough talk, and he absolutely hates being bored. On Monday, we got an inside look at the way Bridenstine advises the president and, bad news: the NASA head likes to play it safe.

Reporter Chris Mooney interviewed Bridenstine at an event hosted by the Washington Post, alongside Bill Nye and astronauts Chris Ferguson and Victor Glover. During the interview, Mooney pressed Bridenstine on what NASA is doing to help Americans understand climate change. “We do not want NASA to get involved in telling politicians what the solutions to the problems are,” he said in response. “If we do that, we become very partisan, very political.”

Bridenstine said he was willing to supply the president with facts about climate change, but showed reluctance when it came to giving him solutions, such as not burning so much carbon, arguing it isn’t NASA’s job to put on a partisan show.

But why wouldn’t NASA be able to supply data, make assessments, and suggest obvious solutions without being partisan? Isn’t that … kind of its job? “We want to do dispassionate science,” Bridenstine said in that same interview. If that’s the way Bridenstine is choosing to advise the president, it’s no wonder his lessons about climate science haven’t exactly stuck.

You know who isn’t afraid of coming off as too political for Trump’s taste? The Heartland Institute. The conservative think tank likes to pull political stunts and cause a ruckus — traits that align with Trump’s general worldview.

The tension between timid takes on science and incendiary climate denial was put on display this week, when E&E news reported that the White House asked Heartland for a powerpoint on climate change during the transition period after Trump won the election. This occurred right after the president had spoken with Al Gore about rising temperatures.

“[Trump’s] an open-minded and intelligent man, so of course he wanted the best information arguments that both sides had to offer,” James Taylor, senior fellow at Heartland, told E&E. Taylor then said he could “kick Gore’s butt” in a climate science smackdown. Clearly, the Heartland Institute is more than willing to provide passionate dis-science.

There’s no evidence that Trump actually laid eyes on the powerpoint Taylor and his team of science phonies cooked up for him. But if I was a betting woman, I’d put my money on Trump siding with the guy who randomly challenges his opponents to duels. Then again, E&E reporter Scott Waldman points to a change of course in Trump’s comments on climate. He’s now less prone to call climate change a hoax, and more likely to focus on the debate about humanity’s role in causing the problem. Progress, I guess? Maybe Bridenstine can bridle this runaway president after all. Or maybe the head of NASA will keep calm and carry on until the world ends.