President Donald Trump just slashed vehicle mile-per-gallon requirements. That will not only lead to more gas guzzlers on the roads, but more greenhouse gases and pollution-related deaths.

The move stops gas mileage standards from ratcheting up past 2020 levels, nixing Barack Obama’s Administration standard which ramps up to 54.5 miles per gallon by 2025. Instead, that target will top out at around 37 mpg after 2021.

The Trump administration also announced it was trashing a decades-old waiver that allows California to set its own pollution and gas-mileage standards above the federal government’s. Because California has so many car buyers, automakers follow the state’s guidelines, effectively making California’s higher standards the country’s. 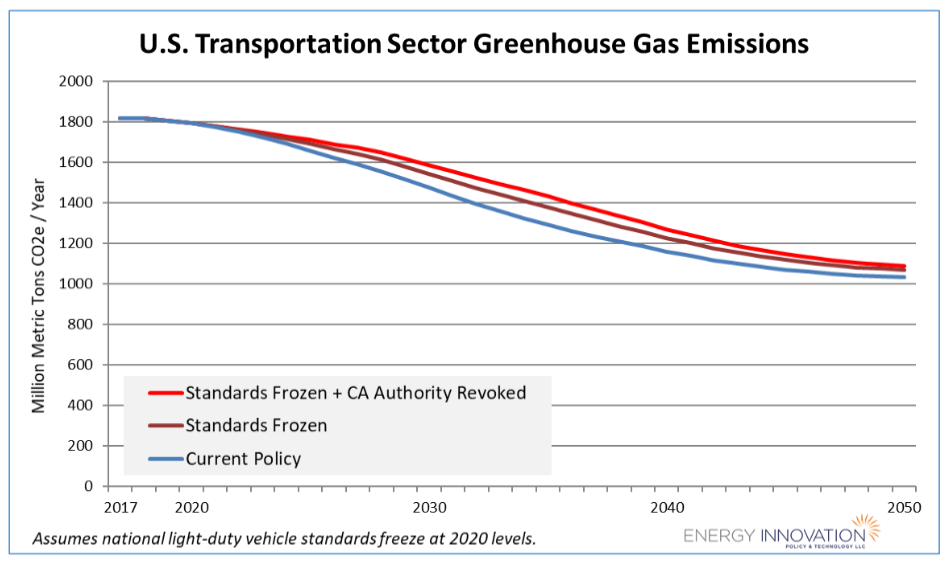 Another risk is runaway climate change. By 2035, these changes will likely bump up yearly emissions by 11 percent from where they would be under the Obama standards. But, thanks to the popularity of electric cars, Energy Innovations expects things to take a turn for the better. More EVs on the road could help emissions reverse course by 2040. 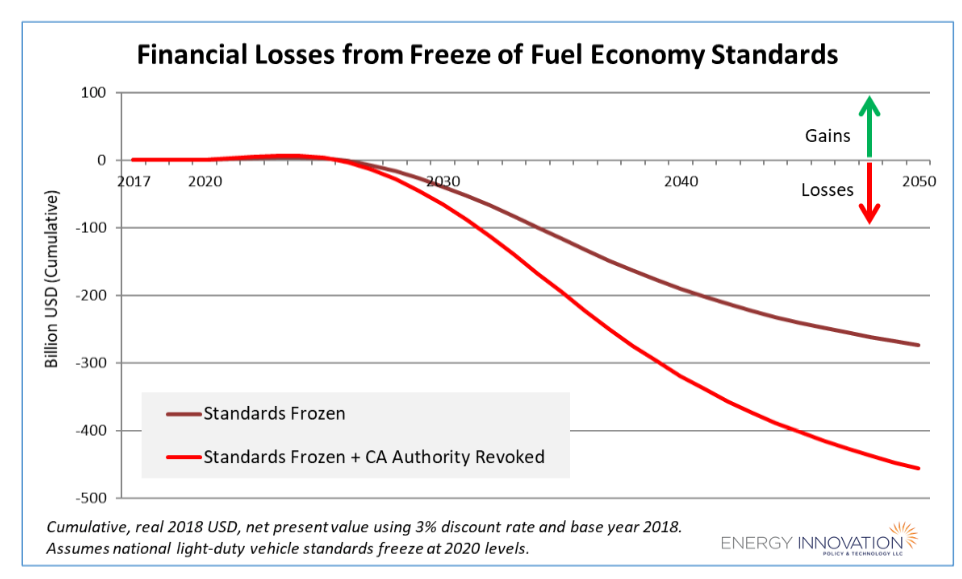 The Trump administration’s move will also leave your wallet a little lighter. Junking the efficiency standards and the California waiver means we’ll all be buying more gas  — $457 billion more, according to Energy Innovation. It’s as if the Trump administration added a 57-cent tax in 2040. But instead of paying that money to the government so that it can repair roads and build better transit options, we’ll be giving it to the oil industry. 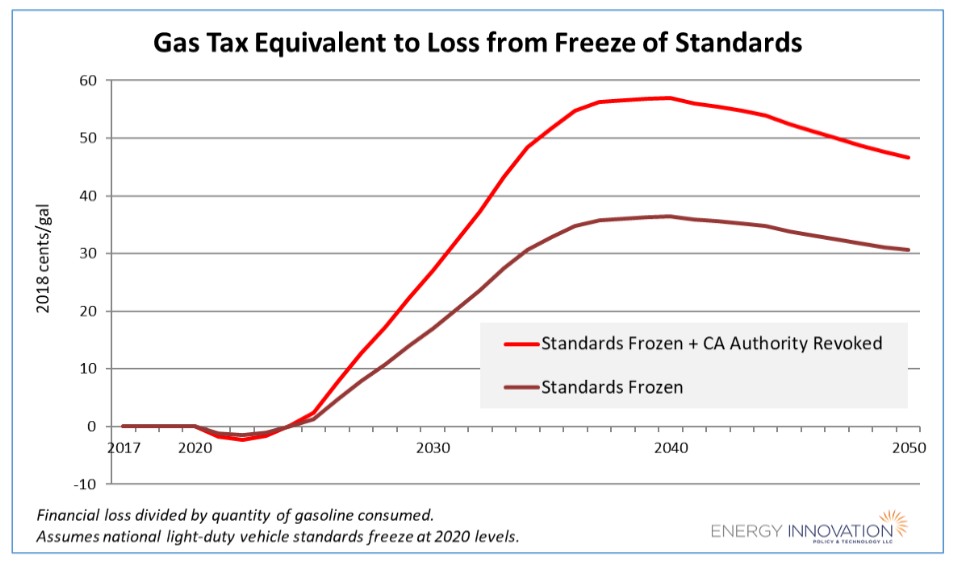 None of this is guaranteed. California’s Attorney General Xavier Becerra is fighting to keep the standards in place. “We’re ready to file suit if needed to protect these critical standards,” Becerra said in April when the EPA said it might slash them. A few weeks later California and 16 other states sued the Administration.

At the very least, legal challenges could delay the revisions into November, when midterm elections will gauge the public’s enthusiasm for the administration’s policies. The legal wrangling could also reopen the case that gave the EPA authority to regulate greenhouse gases, giving an increasingly right-leaning Supreme Court the chance to weigh in. In the meantime, all this creates a lot of uncertainty for automakers, as they try to figure out what goals they’ll need to hit seven years from now.