We're not ready for hurricane season, and it's 8 weeks away 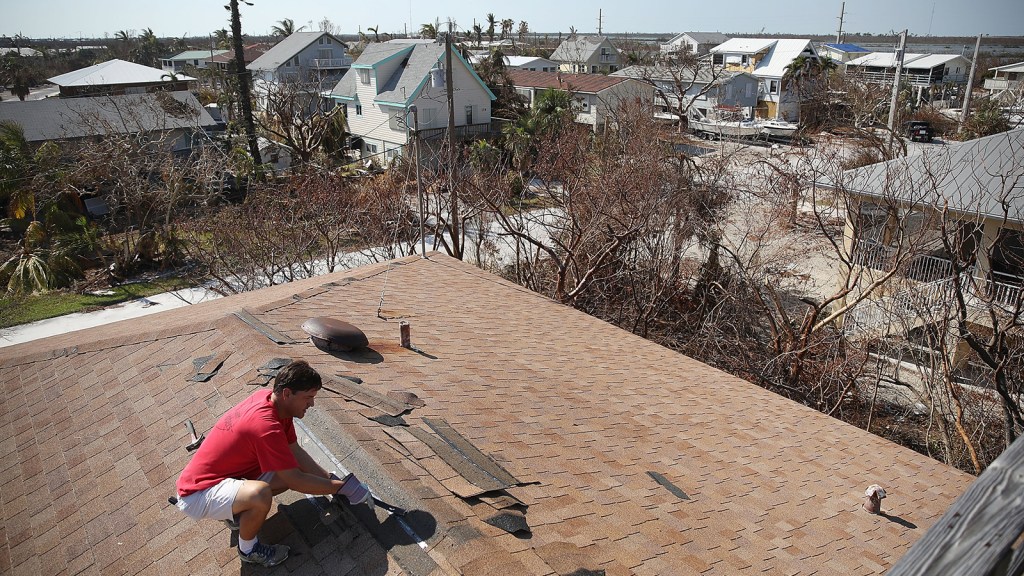 We’re not ready for hurricane season, and it’s 8 weeks away

Texas, Florida and Puerto Rico are still recovering from last year’s devastating hurricane season, the most destructive in U.S. history. And it looks like another rough hurricane season is just eight weeks away.

Forecasters at Colorado State University released their “extended range” pre-season hurricane forecast on Thursday, and it’s not pretty. The combination of a weak La Niña in the Pacific Ocean and warmer than average waters in the Atlantic Ocean means this year’s hurricane season is likely to be slightly more active than normal, with a greater than average chance of major storms hitting the U.S. mainland, Caribbean islands, and Central America.

These early forecasts (sponsored in part by a few insurance companies) have shown decent skill in predicting whether a season is going to be more or less active. Last year’s early forecast from Colorado State initially called for a slightly below average season but was revised up once the season began in June.

Here’s a glance at three places in the United States hit hardest last year, and the mood in each as another hurricane season looms, according to local meteorologists, journalists, and one public official. (Their comments, from direct messages on Twitter, have been lightly edited for clarity and length.)

Hurricane Harvey was the worst flooding disaster in U.S. history. Seven months later, thousands of families are still waiting for help from the federal government to rebuild their homes. This week, the city approved new building rules designed to help prevent similar disasters in the future.

Everyone’s a little worried. There’s still a sense of Harvey PTSD here—every time we get a minor flooding event (which is just part of life in Houston, let’s be honest) people are afraid of what it means. So I would imagine that with every storm that forms, people will worry, no matter what the likelihood of landfall near here.

The different city departments have put a lot of thought into what they’ll do if there’s a next time. Making plans, simplifying any data sharing, etc.

I truly believe it’s going to be a very long hurricane season for people here.

Every single word you choose in describing the forecast or impacts of an event matters to people, and they are going to all process every word choice really urgently. It’s a big deal.

I can tell that there is heightened concern relative to a normal season. And I really do think that every detail of every storm is going to be hyper-analyzed by folks here, because while many are back to normal and recovered, the scars from Harvey are going to last a long time personally. Even for myself, every time it rains now, even when I know it’s going to stop, I have issues sleeping, I have to check radar, etc.

We’re back to business as usual in most neighborhoods. But there are many still grappling with recovery. It’s a patchwork recovery out in a lot of neighborhoods outside the middle of the city.

There’s urgency, but ultimately a lot of these projects will take years to implement, and we aren’t entirely sure how good their benefits will be. It’s a lot to grapple with, but we’re managing.

The recovery has been uneven in the aftermath of Hurricane Irma, with even adjacent cities taking wildly diverging paths. In the Keys, which got the brunt of Irma, housing is still very difficult to come by, and the rest of Florida is still processing the implications of a new study which showed FEMA flood maps vastly underestimate the current risk of flooding — an increasingly daily reality as sea-level rise continues to escalate.

I think the current mood is: Oh no, please no :)

To be honest we have been lucky, at least that is how I feel. I think people know that we dodged a bullet with both Irma and Matthew.

I am not sure they grasp how much of a disaster we would have faced if Irma was as strong as it was near Barbuda. Words would not have done it justice. So we do not take anything for granted.

Yes, I think the “practice” we had the two last seasons was helpful in getting everyone back up to speed after the 11-year hurricane drought. Every year we need to be ready for the big one and just hope to be spared.

The people I’ve spoken with have an uneasy sense of dread. Those I’ve heard from in the islands that were devastated seem especially worried. Some are still getting their homes/lives back together and feel particularly vulnerable. Everyone down here in South Florida senses it could have been much worse, notwithstanding the Keys where it was very bad.

Much like someone punched by a bully dreads seeing the bully again, the coming start of hurricane season reminds us in South Florida more bullies may be coming.

As the worst natural disaster in Puerto Rico’s history, Hurricane Maria has transformed life across the U.S. territory. More than 94 percent of people have had their power restored since Maria, but for the 6 percent of people who still don’t — more than 150,000 people — last year’s hurricane remains a humanitarian emergency. (The scene is similar in Barbuda, the Virgin Islands, and Dominica — hit just as hard as Puerto Rico, but with much less news coverage.)

Maria crushed Puerto Rico’s farms, contaminated drinking water, caused a crisis of governance, kicked off a mental health crisis, and sparked one of the largest in-country migrations in U.S. history as hundreds of thousands of people fled to all 50 states in search of jobs and new beginnings.

Puerto Ricans are, and will still be, actively dealing with the aftermath of María when the 2018 season gets underway. It’s nearly impossible to wrap your head around the possibility of a new hurricane strike on the island given what they’ve seen. There is a good deal of post-traumatic stress. Being forced to think about the upcoming season is borderline horrific.

Puerto Rico is not ready for another hurricane. We still have blue roofs on hundreds of houses all over the island. We have municipalities that still do not have electricity, and people in those areas are getting desperate.

Puerto Ricans (including myself) are soooo worried of what would happen here if another system comes along our way! I can’t even tell you. Being a U.S. territory, the government cannot understand why help is taking so long!