What if the Great Pacific Garbage Patch isn't the ocean's biggest plastic problem? 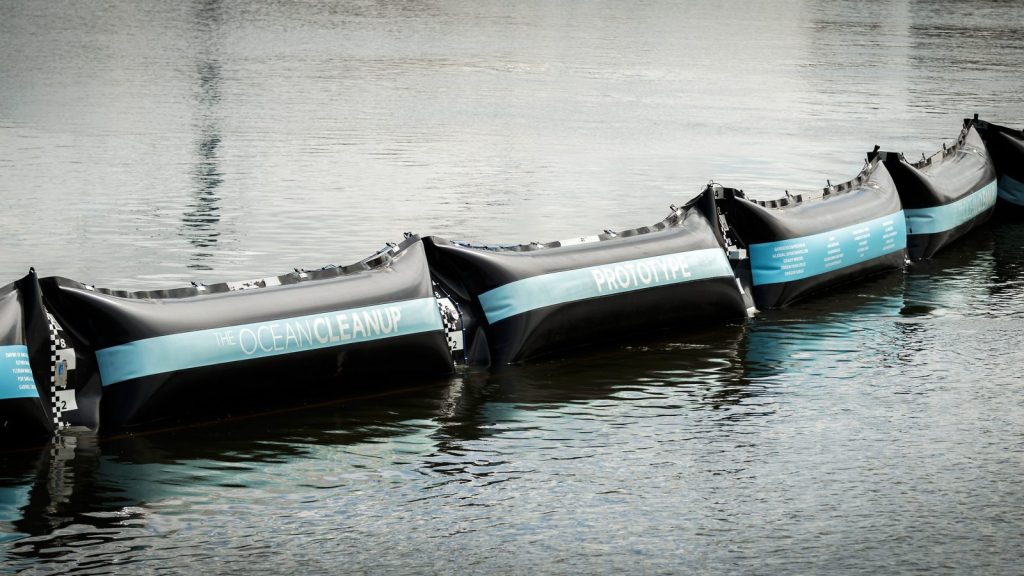 What if the Great Pacific Garbage Patch isn’t the ocean’s biggest plastic problem?

Humans unleash mountains of plastic into the sea each year, and that rate is only accelerating as plastic production grows around the world. The confounding bit is that scientists know little about where all that plastic is ending up — in gyres like the Great Pacific Garbage Patch, yes, but that’s just a fraction of the debris released into the ocean each year.

The folks behind the controversial Ocean Cleanup campaign, which is experimenting with a massive U-shaped catcher in the Great Pacific Garbage Patch, have an idea of where all the trash is going and how it’s degrading — or not degrading — over time. That may have big implications for how Ocean Cleanup and other plastic campaigns end up tackling this mess. But several plastics researchers are already disputing this new work, as well as Ocean Cleanup’s approach to the pollution problem.

When plastic debris end up in the ocean, they break into smaller microplastics, often invisible to the human eye, that swirl in the water column or sink to the bottom of the sea. Two recent studies have backed that up: One sampled water down thousands of feet in Monterey Bay and found particles, while the other took sediment samples off the coast of Southern California and found plastic in layers dating back to the 1940s, when its production began in earnest.

Ocean Cleanup says it’s discovered a complicating factor here in the age of the plastics. These researchers are, of course, quite familiar with the trash in the Great Pacific Garbage Patch, where macroplastics have turned up that are years, even decades old. “The age and the look of plastic in coastal environments versus the plastic that we find in offshore waters is completely different,” says Laurent Lebreton, chief scientist at Ocean Cleanup and lead author of a new paper in Nature Scientific Reports detailing the findings.

Along the coast, you’ll find plastic that’s typically less than five years old. “You can really recognize it,” says Lebreton. “It still has the labels, it still has the branding, and so on.” The plastic they find out at sea, by contrast, is older and more weathered.

To complement these findings, Ocean Cleanup used data on winds and currents to show that when pieces of plastic come out of, say, rivers, they tend to stick around the coastline. Maybe they’re washing out a little ways, then washing back ashore. Perhaps they bury in coastal sediments, then resurface due to erosion.

Ocean Cleanup reckons that in total, just .06 percent of plastics from the shore and coastline make their way into gyres. But the plastics that do make it there can stick around for perhaps decades — the researchers say they’ve pulled out plastics from the 1970s. They even found a Game Boy.

“Plastic fragments mostly by layers,” adds Lebreton. “We call it the onion peel.” But different kinds of plastic polymers, in varying shapes, degrade at different rates. A Game Boy, for instance, has a better chance of surviving for years than a plastic bag.

But a problem with this study, at least for Marcus Eriksen, who studies ocean plastic and directs the 5 Gyres Institute, is that the observations are based on only 50 pieces of plastic that could be dated as old. “For this paper to come out and say hey, we found 50 objects with dates on them, and we think trash is in the ocean for decades and therefore we must continue this cleanup narrative, is wrong,” he says. “That’s my personal opinion.” An old piece of trash could have fallen off a boat a month ago, for instance, instead of starting its ocean journey from shore sometime during the last century. (Ocean Cleanup says it collected 83,000 pieces, of which 50 had production dates, but only found one object dated past 2010. The group contends that if the sampled debris had been recently discarded, it should have found more new pieces.)

Scripps oceanographer Jennifer Brandon agrees that just because a piece of plastic in the gyre is old doesn’t mean it’s been adrift for a long time. And even if .06 percent of plastics from the shore and coastline make their way into gyres, Ocean Cleanup’s device isn’t equipped to capture microplastics. “One sticking point that I’ve always had with the people at Ocean Cleanup is I think personally they always underestimate the microplastic,” she says. The group notes that because it would be difficult to collect microplastics in the sea, it’s important for them to collect macroplastics before they fragment into smaller pieces.

The science of ocean plastic pollution is so new, it’s still hard to tell what’s doing the most harm, and what most needs fixing. Macroplastics like single-use bags get into sea turtle stomachs, but microplastics are small enough to embed in organisms like shellfish. Scientists still don’t know how the chemicals that leach off plastics might affect marine organisms like the bacteria that produce our oxygen.

If this new study is correct in that plastics ejected at the coast tend to stick to the coast, as other modelers have generally found, you might argue that cleanup efforts should focus on those areas. After all, biodiversity is especially high around the coasts — think of bustling reefs. “I’m really less concerned environmentally about this nasty garbage patch than I am about all the plastics that are right along the coastline,” says University of Michigan eco-toxicologist Allen Burton, who studies plastic pollution.

Nevertheless, what Ocean Cleanup has engineered is staggering: A 600-meter-long tube that collects plastic for ships to haul away. It cost tens of millions of dollars to build and deploy. Upon its launch it didn’t catch much plastic, and then it split in two. Ocean Cleanup is now testing a new iteration, but that does nothing to address the core problem of humans pumping endless quantities of plastics into the sea.

To stop it, we need to address the source. Baltimore, for instance, has deployed giant trash wheels complete with googly eyes to pull plastics out of the water before they hit the ocean. “Upstream prevention is how we solve these big, environmental, global issues — precedent shows that,” says Eriksen.

This new paper is an important piece of the narrative because if older objects are indeed persisting in the Pacific patch, that gives Ocean Cleanup’s mission more urgency: If we don’t clean up these messes, they’ll just keep growing bigger. But again, that’s based on 50 pieces of old plastic they pulled from a sea of debris. For all its size and fame, the Garbage Patch might not be our biggest plastic problem. “I think it’s wrong to keep pushing this and using that wiggle room in science to get these papers out that say these big, stretched ideas about ocean accumulation,” says Eriksen.

If you were expecting this problem of epic proportions to get any less epic, today is not your day.