After four years of a near-biblical dry spell, it’s hard to think of California ever getting wet again. The entire state is scorching — literally, in the 118,000 acres engulfed in flames. But just last week climatologists announced that the “Godzilla El Niño” could drench California this winter. Droughts often end in floods. That may sound like a welcome respite, but it will almost certainly hurt: Going from drought to flood is one of the toughest switches to make.

Californians shouldn’t count on El Niño to cure the drought: It doesn’t reliably deliver rain to the state. But sooner or later the water will come. Then the only thing we’ll need to worry about more than figuring how to drive in anything resembling an actual “winter” is whether our state will sink and wash away.

For starters, it’s clear that cities don’t really have their shit together, as evidenced by overflowing storm drains, submerged freeways, and a collapsed bridge after a few days of rain last month. And anyone living in an urban area during those few seconds it rained last winter can recall many a road either underwater or covered in slippery mud. But California’s farmland is just as vulnerable to destruction.

“Dealing with droughts and floods are issues within each other,” says Wendell Gilgert, a soil ecologist at Petaluma-based nonprofit Point Blue Conservation. “They are one and of the same.”

What does he mean by that? Well, think of that scene in The Good, the Bad and the Ugly when superhot (and I mean almost dying of heatstroke) Clint Eastwood tries to gulp down a canteen full of water before Tuco warns him that “too much isn’t good for him.” California is about like Eastwood’s body right now — drought has degraded soils, killed crops, and turned public opinion against farmers just when they most need help to shift production practices. The first issue may be the most serious. The dry weather has desiccated topsoil, turning spongy organic material into dust in some places, and baking dirt into impermeable bricks in others. Poor soil means poor root systems, which equals loose, almost sand-like dirt that can’t absorb water in a useful way. Moreover, degraded soils can’t absorb water well, meaning the water will simply rush through a field, rather than steadily seep through healthy soil and recharge the groundwater supply.

But while some have suggested farmers and ranchers switch over to drip irrigation or even abandon agriculture altogether, that could actually make things worse. Drought-shaming the people who grow our food isn’t the solution, Gilgert says. Instead, he sees the drought as an opportunity to help farmers and ranchers shift their production systems. 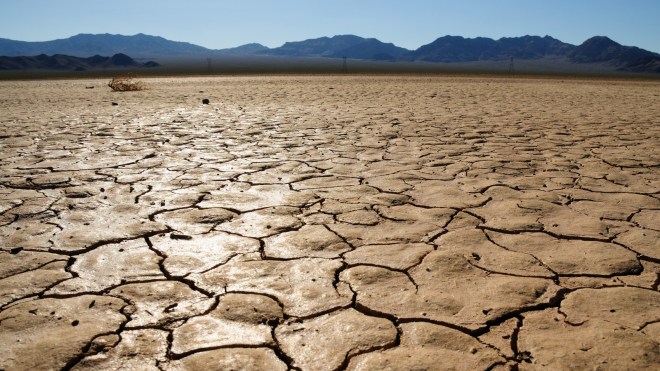 Across California, farmers, ranchers, and scientists are coming together to develop solutions to climate-based issues on farmland. While the very idea of climate change initially raised the hackles of some conservative ranchers, the drought has helped align the interests of policymakers looking for climate fixes and farmers dealing with the dirt on the ground.

In fact, some of the most innovative, sustainable and downright optimistic solutions to drought and floods are happening not in complex conversations about geoengineering or rethinking food, but in rethinking the ranches and farms themselves.

“Whether or not you believe in climate change, you definitely believe in the drought,” said Craig McNamara, a central valley rancher and president of the California State Board of Food and Agriculture.

McNamara and Gilgert both say that planning for a future of weather more volatile has brought about a paradigm shift in the way farmers, ranchers and scientists manage soil and water.

Gilgert and his team work with ranchers and the Natural Resources Conservation Districts to “re-water” California through rangeland restoration efforts like soil-building (in the form of compost amendments) and sustainable ground cover.

“We work with ranchers who are either reactive or proactive,” says Gilgert.

Reactive would be waiting until disasters like droughts or floods strike to take any action. It would mean digging deeper into the ever-dwindling groundwater table rather than trying to restore it. It would mean kowtowing to the pressure from drought shaming, or selling livestock rather than figuring out how to keep grass-fed cattle a reality. Proactive would be learning how to work with the land’s natural carbon cycles and factoring in the reality of extreme weather. For some, this translates to leaving more residual dry matter on pasture and grazing cattle in smaller groups to allow soil carbon to build up before the plants are all eaten.

Gilgert says farmers shouldn’t be ripping out the crops that are being called out as water hogs. He was astonished to read a recent op-ed in his county newspaper that suggested the state’s rice fields be removed because they require flooding to grow properly.

“We do something like that, do you know what happens?” Gilgert says. “We lose all of the birds and insects that use that as a flyway. We lose the biodiversity of the area. That only makes the soil weaker and less resistant to droughts and flooding.”

Diversity, not absence, of plants is key, Gilgert says. And it’s not just crops.

“If you can build a plant community and shift to perennials, legumes and a lot of other things, then you have a lot more buffering to extremes in weather and climate.”

More types of vegetation mean more types of root systems that can hold nutrient-dense soil. That soil, in turn, can retain water in times of scarcity and soak it up like a sponge (instead of a kleenex) in times of excess. 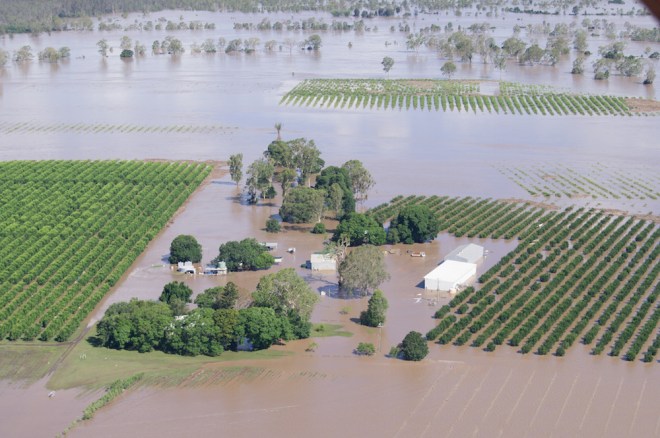 Properly controlled flooding in farmland can relieve the pressure from a swollen river and restore the groundwater.

Don Cameron runs Terranova Ranch near Fresno, in the epicenter of Droughtville: the San Joaquin Valley. Cameron doesn’t see floods as something to fear. Rather, he wholeheartedly embraces it. His ranch and neighboring ranches are part of a water-capturing experiment.

“Our goal is to take floodwater out of Kings River and recharge farmlands,” says Cameron, who grows about 25 different crops with a mix of organic and conventional methods. The project, about 20 years in the making, aims to transform floodwater into groundwater. Farmers will build berms and hedgerows around fields and between crops: When the floods come, water should rush into fields and then seep down into the aquifer. Cameron and his neighbors are experimenting with flooding all sorts of crops: vineyards, nut trees, cotton, and even a few dairy farms.

“We feel, with climate change, that we are going to see more periods of extreme weather,” says Cameron. “All storage types are really important, including above-ground storage like dams. But those are difficult and time consuming and expensive, and we figure we can get more benefits with a recharge project.”

Not everyone has embraced the idea. There was even some movement toward legislation to prevent farmers and ranchers from flooding, Cameron says. Some people think Californian agriculture should rely only on drip irrigation instead, but that doesn’t recharge groundwater. 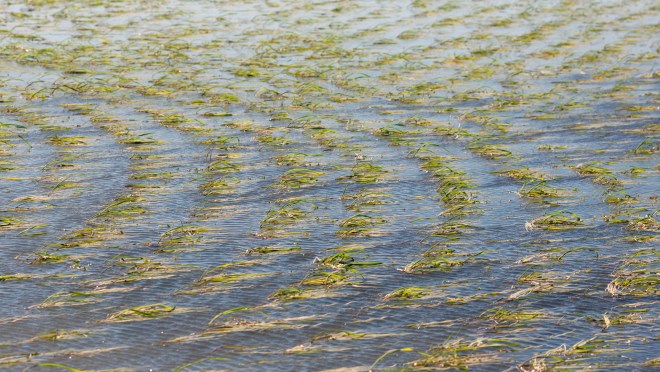 Gilgert says it’s shortsighted to brush off agriculture as the culprit in drought and flood instability. As he pointed out, there is lower density of human beings on the average ranch than in our wilderness areas. We need those people there to manage that land in the most climate-friendly way possible.

“Ranching is a near-indigenous culture and lifestyle at this point in California,” he says. “If you take ranchers off the land, what do you think is going to happen to our rangelands?”

If you think that removing a farm means an automatic return to self-sustaining wilderness, think again. Life cycles of land are evolutionary, and after a hundred years of agriculture, ranching and farming is the default of large swaths of California. The land depends on a form of stewardship. So, think of ranchers and farmers as our caretakers, but ones who must adhere to the adage of learning their history.

“If you don’t recognize that California in the summertime is a desert, those kinds of short-sighted, reactive ideas like we talked about are not going to support you,” says Gilgert. “And it won’t support the 38 million who live here.”

Climate change could wipe out the internet’s favorite animal