What's next for the parched Colorado? The latest on the West's drought drama. 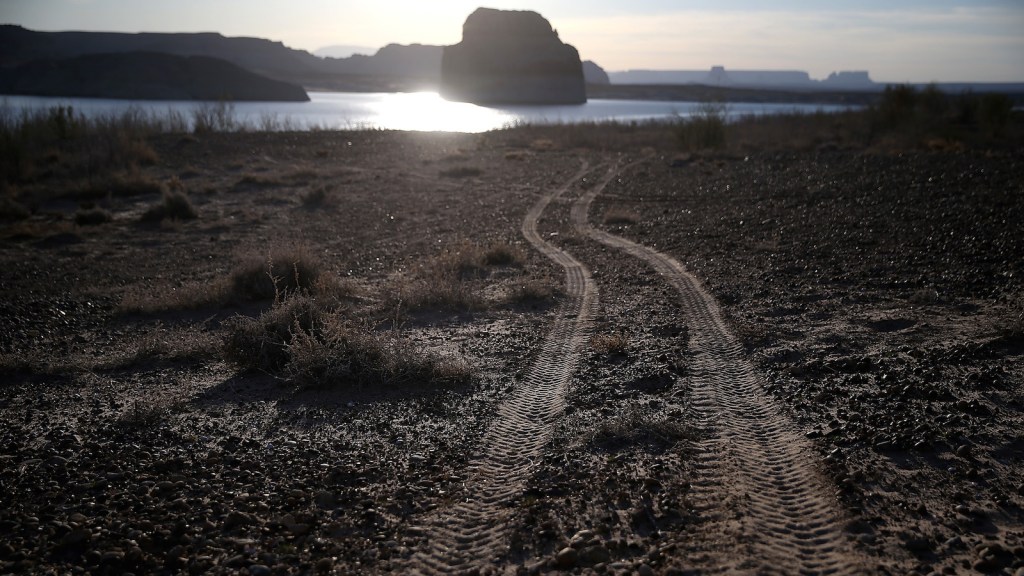 What’s next for the parched Colorado? The latest on the West’s drought drama.

A major deadline just passed without unanimous agreement among Western states over the future of the Colorado River, so the federal government is one step closer to stepping in on the dwindling river that provides water for 1-in-8 Americans.

The path forward has become murkier for the drought-stricken region now in its 19th year of low water levels after a January 31 deadline failed to garner signed agreements from Arizona and California.

The fate of 40 million Americans’ water access could fall to Bureau of Reclamation Commissioner Brenda Burman. She’s been a firm pro-science voice in the growing Western water scuffle, which has been marred by decades of delay on tackling a looming problem. A last-chance deadline for states is now in effect for March 4, after which Burman will open public comments and attempt to craft her own plan to divvy up water across the massive region — a big departure from the consensus-finding efforts so far. Should states agree in time, Burman has pledged to rescind her authority to overrule them.

From Arizona’s perspective, which stands to take the biggest immediate cuts once a now-inevitable river shortage is declared, other states should help share the burden of low-flow on the river. Nevada doesn’t use its full allotment and has agreed to give up some of its share, but not enough to avoid profound implications for water-intensive Arizona farmers. In legislation passed just hours before the January 31 deadline, Arizona loosened its strict groundwater laws to permit and fund the drilling of new wells for its farmers that stand to lose the most water once Colorado River cuts finally go into effect — a controversial step that could deplete local sources.

California, which holds the biggest share of Colorado River water rights of any state, is requesting $200 million to protect the dwindling Salton Sea, a sensitive wildlife area that is fed by water from the Colorado. The Imperial Irrigation District, the river’s largest single water user, has refused to sign the plan without federal support. “We’re partners [with California] and we’re trying to help, but people need to see how important the Salton Sea is,” a Imperial Irrigation District representative told the Arizona Daily Independent. Neighboring communities are concerned that increased dust in the region could worsen public health.

Arguing over water in the desert isn’t new, but climate change is bringing the long simmering battle over the Colorado into the forefront after last winter’s catastrophically low snowpack put an exclamation point on a worsening situation.

As temperatures rise in the Rocky Mountains, the headwaters of the Colorado, there’s less water to go around for the rising population in the region. About 20 percent of snowpack across the West has vanished over the past 30 years due to rising temperatures, with more than 90 percent of snow-monitoring sites showing losses. Using a tree-ring analysis, scientists recently found that the ongoing dry weather and warming temperatures have prompted the return of a “megadrought” — one of the worst in at least the past 1,200 years, and which is only expected to grow in severity.

And, of course, this isn’t isolated just to the Colorado. Snow and ice-fed rivers are under threat around the world as temperatures warm, with billions of people dependent on water flowing downhill from mountain regions. Nearly all mountain glaciers worldwide are melting, and more than half have recently reached a point of no return where the water they produce will decline going forward.

One thing is clear for people living in the Colorado River basin — the future means less water, and further cuts will be mostly borne by agriculture, which currently uses about 80 percent. But exactly how the region comes to long-term agreement is still anyone’s guess.