When wildfires sweep through California, who gets left behind? 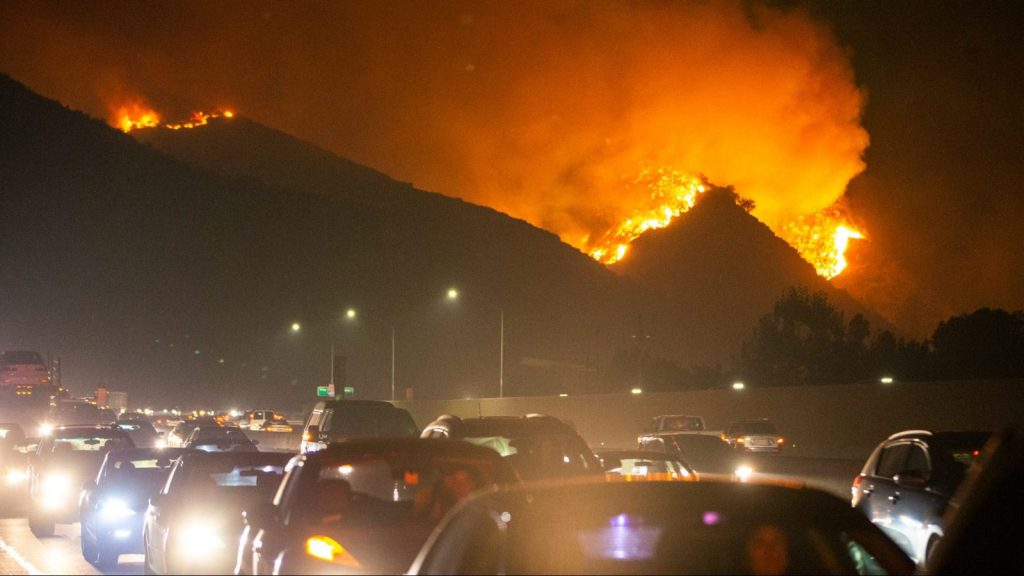 When wildfires sweep through California, who gets left behind?

Over the past several days, 16 different wildfires have forced hundreds of thousands of Californians to evacuate their homes. Millions have gone without power for days, and more will experience planned outages as Pacific Gas and Energy, the state’s bankrupt power utility, scrambles to make sure its power lines don’t spark yet another wildfire.

The wildfire crisis, one that is expected to get worse in the Golden State in the coming years as the full effects of climate change kick in, illuminates a glaring disparity. When fires rip through a community, its most vulnerable members — the old and sick, domestic workers, construction workers, and incarcerated folks — get left behind. Stories emerging from the fires this year shed unflattering light on the way America treats its poor, old, and working class when climate catastrophe comes knocking.

On Monday, as the Getty Fire was tearing through Los Angeles, the L.A. Times reported on a housekeeper named Carmen Solano who showed up to work in Brentwood, one of the wealthiest areas in L.A., to find that the owners of the house had evacuated hours earlier. They failed to notify her that the neighborhood was under mandatory evacuation.

The Times also spoke to a police officer who said that, when he told many of the laborers he saw working in Brentwood that day that they needed to leave, they told him, “I have to finish.” Some who knew about the fire still made the commute because they couldn’t afford to miss a day’s wages. Fifty-year-old gardener Chon Ortiz mowed lawns while people evacuated around him on Monday, even though the owners hadn’t asked him to come to work. “If they say I have to evacuate, I will,” he told the Times’ Brittny Mejia in Spanish. “But I need to work.”

Poor residents in Northern California, where 200,000 people had to evacuate this week and 2 million are still without power, are facing similarly dire straits. When Governor Gavin Newsom traveled to a mobile home park in American Canyon on Saturday, a woman with a pulmonary heart condition told him that she didn’t have the money to stock up on the medication she needed before the power got shut off at her pharmacy. Her insurance wouldn’t cover refills until her current supply ran out, so her only option was to pay out of pocket. “You could get it if you have the money,” Constantine said. “But I can’t afford that right now. It’s a month’s rent.”

Perhaps no one is more marginalized during wildfire season than incarcerated firefighters. These firefighters get the same training and endure the same dangerous conditions as the state’s wildland firefighting department, CAL FIRE. But they only get paid around $1 an hour, and when they’re done fighting fires, they’ll go back to prison.

A crew of incarcerated PEOPLE – who, upon release, won't be allowed to become firefighters – walk up Tigertail Road to fight the #GettyFire. https://t.co/hRfZiU0lyL

Since 1983, at least six of these incarcerated firefighters have died on the job. A new bill introduced in the California state legislature last month would allow prisoners to find careers in firefighting after they’re released, but it’s been met with resistance from the state’s biggest firefighters union.

Lest we forget the gaping disparity between those with means and those without in the fiery West right now, a growing number of rich people are hiring private firefighters to protect their property, the New York Times reports. One company near Sacramento offers “on-call” services for homes in Northern California and Eastern Washington. The price? Up to $3,000 per day. Welcome to the pyrocene, where we’ve set everything on fire and only some of us have the means to stay safe.