Will I be able to tell when we've reached a climate tipping point? 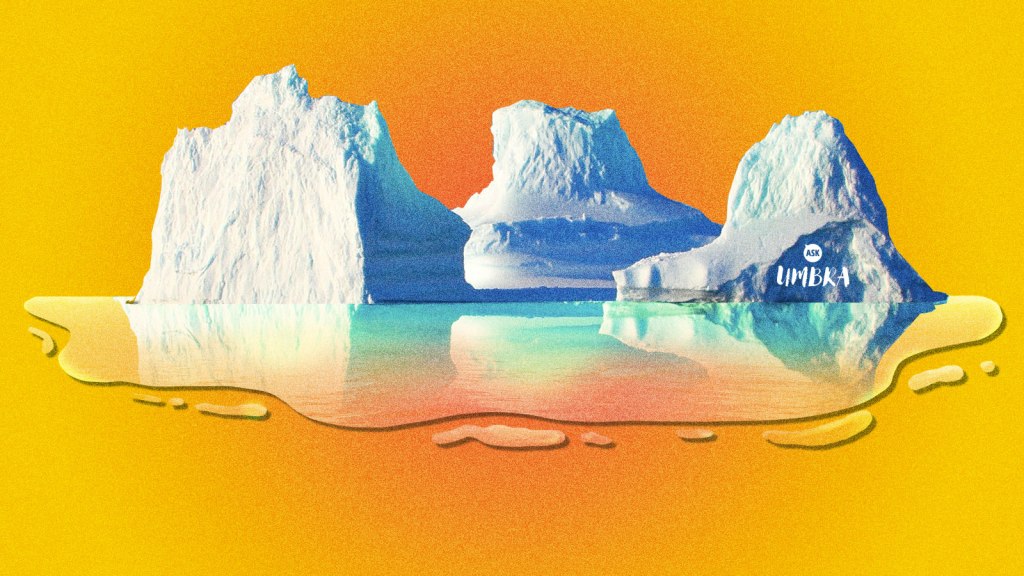 Will I be able to tell when we’ve reached a climate tipping point?

What is the full list of climate tipping points for melting ice, permafrost, etc.? And what’s the best guess of when each becomes irreversible?

— Not Ever Ready for Vast Ocean, Understanding Science

Woooo, OK. I’m not going to deny that this is an important question, especially given that it conveys a sense of much-needed urgency around climate change. But I’m going to be very candid: It took me a lot of anxiety-fighting self-care steps to start writing this column. I lay on the floor for a while, checked statements for every financial account I have, stared out the window, watched the Audubon Puffin Cam for too long, and drank about four liters of water.

It wasn’t because I’m a reckless procrastinator (I am, but this behavior is above and beyond even for me); your question is inherently, existentially, and unavoidably upsetting.

Simply put, a climate “tipping point” would mean that an ecosystem or social system has reached a degree of change that results in a new state of reality. That kind of milestone is the result of “feedback loops” — some kind of mechanism that causes change to compound on itself, like melting sea ice creating more water that melts more ice. The system could become so transformed that the rules governing it would be fundamentally changed: “Hundred-year storms” become regular occurrences, temperatures across the U.S. regularly exceed the current National Weather Service heat index range, and a delta becomes a gulf.

That is a new world for which humans are not currently ready. We are barely able to wrap our heads around the ecosystem changes going on right now. But pretending we don’t understand what’s going on isn’t going to make the situation any better, so we might as well get into what kinds of apocalyptic predictions pave the path of climate inaction.

The tipping points you can’t see

So let’s start with the big ones. The 2018 Intergovernmental Panel on Climate Change report names four major planetary components that we really, really don’t want to change that much: the ice sheets of West Antarctica and Greenland; the El Niño and La Niña cycle; the circulation of water throughout the Atlantic Ocean; and the Southern (Antarctic) Ocean’s ability to absorb carbon.

Let’s start with those ice sheets: They’re already melting. Greenland is currently suffering through a heat wave that’s turning its glaciers into water — this July, the country lost 2 billion tons of ice in a single day. And recent observations of the West Antarctic ice sheet already suggest it might be approaching instability. While all that ice isn’t necessarily done for at this point, we’re getting closer to the warming range (between 1.5 and 2 degrees C above pre-industrial levels) at which there’s a “moderate” risk of those sheets melting into 1-2 meters of sea level rise.

Next up, El Niño — the periodic warming of the tropical Pacific Ocean, with worldwide weather consequences. As Eric Holthaus wrote for Grist, “The so-called Godzilla” El Niño of 2015-2016 boosted global temperatures to all-time records, snuffed out entire coral reef ecosystems, and created havoc for about 60 million people worldwide.” The hotter the atmosphere gets, the higher the frequency of extreme El Niño events.

The Southern Ocean one has to do with the Antarctic water’s ability to function as a carbon sink — something we really don’t want to “break.” Even a 1 degree C temperature increase (which at this point is already locked in) comes with a moderate risk of reducing its ability to uptake and trap CO2 from the atmosphere.

As for North Atlantic Ocean circulation, we know that is already changing, but scientists aren’t sure if that’s due to human activities. That changing circulation is problematic because, for example, it can push warm water up to the Arctic and keep it there for longer periods of time, further contributing to melting ice. But scientists know for sure that slowed circulation in the North Atlantic would have global climate impacts.

So what are we to do with that jarring information? I assume you’re asking this question because you want to know how to tell when the worst happens and it’s too late to save ourselves; if the point of no return is already here, or if it’s yet to come. Well, of course it’s not quite that straightforward.

… and the ones you can

It’s good to be aware of the big, scary tipping points, but they’re hard to envision and fully comprehend. For example, I’ve never thought about the circulation of the Atlantic ocean in my entire life, and now I learn it’s key to keeping the globe intact?

More localized ecosystem “tipping points,” which I think you’re referring to with your mention of permafrost, are easier to grasp. Between 1.5 and 2 degrees of warming, up to half of permafrost is predicted to melt, releasing even more carbon into the atmosphere; deadly heat waves are likely to increase; and summers in which Arctic sea ice disappears completely become 50 percent more likely.

Another reason not to get too focused on the big four tipping points alone: smaller species- and ecosystem-related milestones are also quite serious, and should snap us to attention.

“Is it too late for the coral reefs that died in 2016 due to ocean warming? Yes, it’s too late, they’re not coming back. It’s too late for a lot of Arctic melt, for the Greenland ice sheet that’s fallen into the ocean, it’s too late for quite a few important things,” said Kim Cobb, paleoclimatologist and director of the Global Change program at Georgia Tech. “But it’s not too late to avert the worst kind of ugly surprises that come from pushing the accelerator down on a geological system that we know has not responded steadily.”

Cobb explained that predictions for what will happen in Earth’s physical systems should theoretically be informed by what has happened, but what is happening is so new and unparalleled in Earth’s history that even the best projections carry a hefty amount of uncertainty. There has never been such a rapid change to the atmosphere in human history.

“All we can say, as loud as we can, is that every half degree matters, but especially regarding stability of polar ice sheets,” Cobb explains.

You could think of those half-degree increments of warming — 1.5 to 2 degrees C, 2 to 2.5 degrees C — as their own tipping points. “Overall, the difference of 0.5 degrees can possibly be the difference between a degraded — but still functional — ecosystem and a collapsed one,” said Sonali McDermid, a professor of environmental studies at New York University. “The risks go up substantially across most of these systems between 1 and 1.5, and all these systems would experience unprecedented levels of risk and harm at 2 degrees C.”

René W. Brown, a natural resources manager for county government in Florida, added that even if we eventually reach 2 degrees C of warming, prolonging the amount of time it takes us to get there will give species time to adjust — and a better fighting chance at survival.

“If we can’t avoid 2 degrees [of warming], the longer it takes to get there, the better,” Brown said.

So what’s to become of us?

Over geologic time, Earth may be able to “correct” what humans have done to it; temperatures can drop, ice sheets can refreeze, different habitats can move around and change and resettle. That doesn’t take into account, of course, the millions of species that will go extinct, and the “corrected” planet may be unrecognizable from the one we see today. But it’s one reason I tend to balk at the term “good for the planet” when describing actions or behaviors that will slow climate change or curb carbon emissions. The planet will eventually take care of itself, thank you.

Our actual concern is whether we humans can survive that correction process, which will be longer and more aggressive depending on how much carbon we pump into the atmosphere. If the outcome of that correction — the reformation of ice sheets, for example — is thousands or millions of years down the line, we won’t see it.

But at least when it comes to climate tipping points, it’s not just about our own demise — it’s about the ushering in of a world that, on a fundamental, physical level, we don’t recognize or understand. We can prepare for all kinds of random ways death might find us — a car crash, a brain amoeba, a slippery set of stairs — but as the planet keeps warming, we begin to venture into risks so foreign to our current state of being that our brains struggle to fathom them.

The “tipping point” that I believe we should look out for is the one at which we have no idea what’s coming, and we can’t possibly prepare for it. And make no mistake, some communities are already reaching something very close to that reality. We’re currently at 1 degree C of warming, but barring some swift and comprehensive change, our business-as-usual policies and practices have us on track for as much as 3.5 degrees C.

In my mind, that means the tipping point we should all be looking out for is the one that tips the scales in the direction of timely and aggressive slashing of carbon emissions.