How do I choose a more climate-friendly phone? 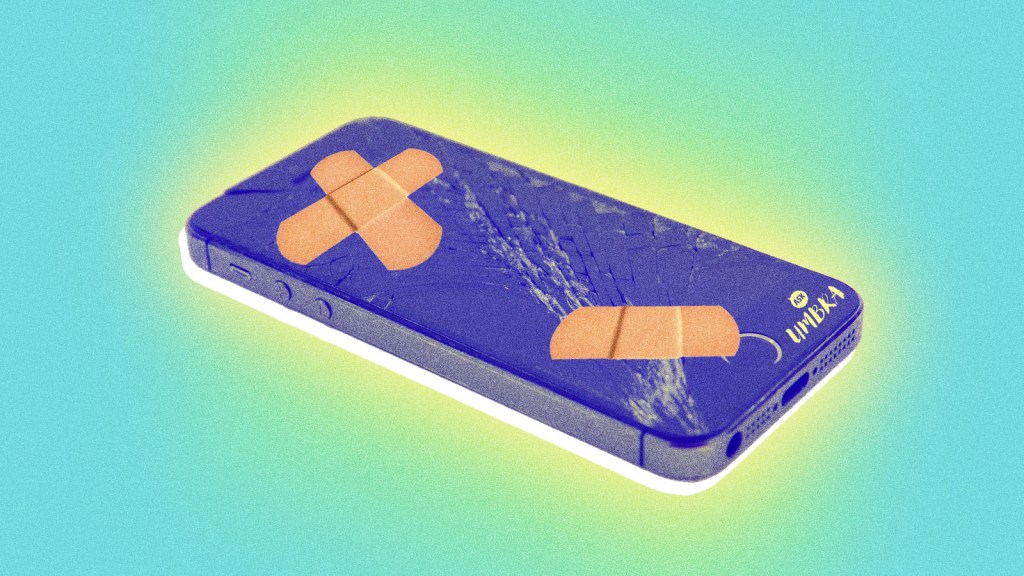 Put It In Rice

How do I choose a more climate-friendly phone?

I don’t buy many electronics, but what are the signs of a less wasteful product? How can I alleviate the impact of my tech purchases, particularly mobile devices?

The iPhone came out when I was about to go to college, and my friend and I got into a big argument at the Apple Store because I said I didn’t get what the big deal was and he said it was going to change the whole world and that I could WALK home! Well, he was generally an idiot and overdramatic, but he was also right on that particular point.

My mom once said a smartphone is so powerful because it holds little digital pieces of so many people you love, and she’s spot on! But it also holds more mundane things that you depend on: maps, calendars, transit schedules, rideshares, banking, validation … the list goes on! In just shy of 13 short years, these devices have taken over most Americans’ lives.

And the environmental footprint of electronics on the whole has really jumped since they came out. Tech devices are projected, by one estimate, to make up 3.5 percent of the global carbon footprint this year and 14 percent by 2040, up from 1 percent in 2007. That includes the emissions associated with manufacturing, which come from the energy that goes into mining the metals used in the devices as well as the energy to run the factories where they’re put together. It also includes the emissions associated with the everyday use of the device itself — and not just from the energy needed to charge its battery. Every app you open and photo you upload to the cloud uses a tiny fraction of data in a huge server warehouse somewhere, and those are notorious energy hogs. (But improvements have certainly been made in data center efficiency, and will continue to be made!)

But the estimates of the carbon impact of mobile devices — or any electronic device — are notoriously difficult to make. Did you know, for example, that a really advanced estimate of the carbon footprint of a particular form of technology will take into account how that technology transforms the climate-impacting habits of society? For example: If mobile device technology that better facilitates remote work meaningfully reduces single-occupant car commuting, will that have a net positive climate impact? In short, you’re considering the effects of something as both a physical object and a cultural force. Wild!

These more advanced attempts to approximate what all this new tech will do to the air or water or soil or climate vary significantly in their conclusions. That’s because they cover so many factors that are frankly hard to predict. Basically, the net impact of tech devices could be good or bad. No one is entirely sure yet — and certainly not sure how good or bad!

Here’s what we do know: that the vast majority of the carbon footprint of a mobile device comes from its manufacturing process, not its use, so the amount of time you spend scrolling through goat Instagram or whatever is kind of a side issue. (I mean, it’s not a major climate issue — I don’t know about its impacts on your mental health or personal goals.)

So the obvious issue here is planned obsolescence, which is Apple’s raison d’etre. If you have a phone that required a whole lot of resources — to say nothing of exploited labor — to produce, don’t you want to keep it around for as long as possible? And isn’t that a challenge when your phone becomes very, very hard to use, coincidentally as soon as the latest model of it is released? Especially when you’ve formed so many fundamental processes of your daily life around the quick and easy functioning of that phone?

It’s a hellscape designed by Steve Jobs and we are living in it!

The most eco-conscious mobile device, to your point, E.T., is the one that you will use for as long as possible. No two-year upgrade, no succumbing to the shiny new release, no giving up as soon as the screen is cracked. To that end, you also want to look for items you can fix when something goes wrong with them — here’s a list of smartphones from iFixIt, ranked by repairability. For example, Gay Gordon-Byrne, the executive director of the repair industry group the Repair Association, notes that one thing to look out for is phones that are screwed, rather than glued, together. You can undo a screw with the right tool, after all — glue, not so much. A phone with glass on both sides is twice as likely to crack. A used phone or refurbished phone is going to be more eco-conscious than a new one, for obvious reasons. And a phone with a more efficient battery won’t need that battery replaced as often — assuming you can replace it.

This is all pretty common-sense stuff. Even more common-sense — but a heavier lift, to be sure — is the idea that companies should be legally obligated to make repairable items, which is the crux of the right-to-repair movement.

And speaking of legal obligations: There’s obviously no harm in making server farms and data warehouses as energy-efficient as possible, because that would have a much more significant impact on carbon emissions than your personal decision to maintain an extensive cloud-based file of sexting pictures or not. (Again: Not making any pronouncements on the personal consequences of maintaining said file!) You can yell as much as you want about how much energy a half hour of Netflix wastes, but that’s not going to change without legislation that dictates where that energy comes from or how efficient the Netflix server has to be.

In short: Keep the cell phone you have as long as you can, buy refurbished when you can, and for the love of God, put a passcode on your nudes. That’s my advice.