My state is holding a primary election despite coronavirus. Should I go vote? 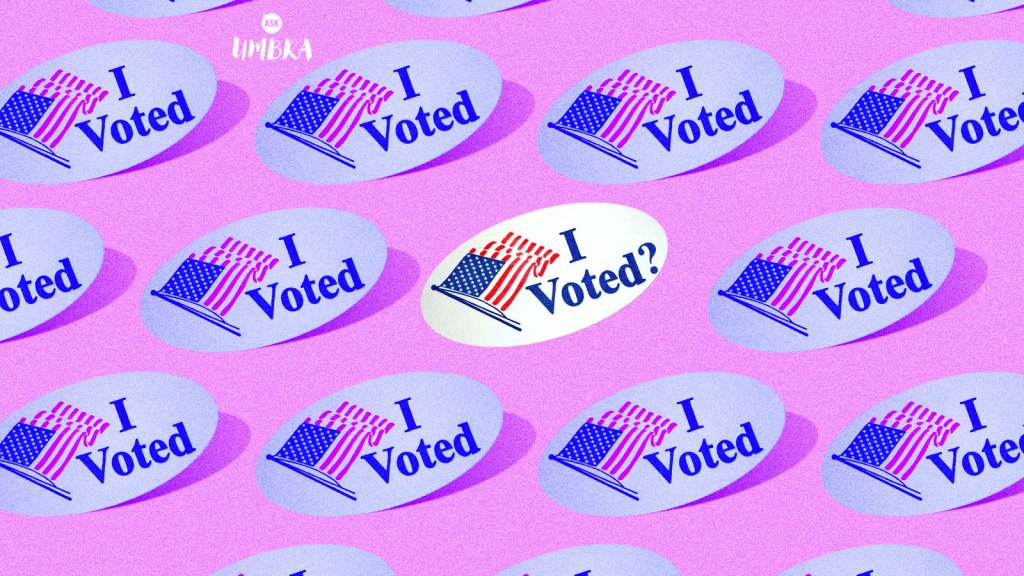 My state is holding a primary election despite coronavirus. Should I go vote?

Eve Andrews is out sick this week, so this week’s Umbra question was answered by Grist News Editor (and advice column aficionado) L.V. Anderson.

What should environmentally minded voters do in states that are proceeding with their primaries despite the pandemic? I know that voting is one of the most powerful actions we can take to help the planet, but we also need to try to flatten the coronavirus curve.

– Vacillating Over The Election

To be fair, I’ve already been worrying about it a fair amount. Every time I read about the primaries, I start thinking about how the next several months might play out for our republic, and my mind races to catastrophic scenarios very quickly.

Since the coronavirus pandemic hit the U.S., several states have postponed their primary elections, but others have not. Just this week, the U.S. Supreme Court allowed Wisconsin’s primary election to take place despite a statewide stay-at-home order and the closure of many polling places due to poll workers (understandably!) not showing up. Many people who requested mail-in ballots discovered that they would not arrive in time to be counted, forcing them to show up in person if they wanted to have their votes count.

Given what we know about just how easily the novel coronavirus can spread, that Court decision will cost lives. As pretty much every public health official in the world will tell you, we should all be practicing social distancing — which means staying home as much as possible, only going outside for essential activities, and staying at least 6 feet away from other people if we do go out — to slow the spread of COVID-19 right now. Standing in line for hours to cast a vote in a crowded, poorly-ventilated, enclosed space? Not ideal, to say the least.

However, as you well know, voting — and removing barriers for others to vote — are two of the most important things you can do if you care about climate change. That’s because only federal, state, and local governments have the power to decarbonize our economy with the speed and scale necessary to stave off catastrophic warming. But what should you do if you’re in a state that insists on holding an in-person election in the middle of a pandemic, without an easily accessible mail-in alternative?

I wish I had an easy answer for you, VOTE. You probably saw photographs from Wisconsin’s election on Tuesday of would-be voters wearing face masks, trying to keep 6 feet apart from one another while waiting to cast their ballots. Those pictures were like a Rorschach test: Maybe you were impressed by those citizens’ bravery, their willingness to undertake their civic duty in the face of danger. Or maybe you couldn’t stop thinking about all the people who didn’t have the time or physical ability to stand in line for hours on election day — people working essential jobs, people taking care of children or family members, people at elevated risk of dying from COVID-19 due to age or health conditions.

Now, some people might say that they’re willing to take the risk of contracting coronavirus in order to vote, either because they think they’re at low risk of complications from the disease or because they think voting is a right worth dying for. But the point of social distancing is not simply to protect ourselves from COVID-19 but also to protect other people from COVID-19. You might be willing to die for the right to vote, but are you also willing to let other people die so you can exercise your right to vote? (And are you sure those other people are on board with your plan?)

But rather than debate whether in-person voters are foolhardy for taking such a risk, I suggest that a better use of our time is to direct that ire toward the officials who put voters in harm’s way in the first place.

One person standing in line to vote in Milwaukee on Tuesday held a cardboard sign reading “THIS IS RIDICULOUS,” which basically sums it up for me. No one should be asked to decide between voting and living. At the end of the day, it doesn’t really matter from a democratic standpoint whether you vote in an in-person election held during the coronavirus outbreak —such an election is inherently illegitimate whether or not you personally cast a ballot. An election where voters have good reason to fear for their lives is basically the exact opposite of a fair and free election. Unfortunately, the United States of America is no stranger to illegitimate elections, but the coronavirus pandemic threatens to delegitimize our elections on a scale not seen since the Jim Crow era.

Some pundits might argue that your level of outrage over the pandemic-be-damned primary push should depend on your political leanings. The speaker of Georgia’s state House recently said in an interview that allowing mail-in ballots could be “extremely devastating to Republicans and conservatives.” Indeed, the modern Republican party has spent much of its history trying to make voting more difficult for people of color in particular. Of course, the argument that we shouldn’t make voting easier because it might favor one party over the other is so morally grotesque it’s barely worth engaging with. Moreover, it’s not necessarily true —the centrist think tank the New Center points out that the rates of mail-in voting were about the same for Democrats and Republicans in 2016.

But regardless of which party benefits from an expansion of voting, we should all be in favor of as many Americans voting as possible. This probably goes without saying, but illegitimate elections are bad news for the environment! People living in countries with contested elections don’t have any reason to trust that their leaders will listen to them when they say they want, say, climate action. And if you think everyone is too distracted by coronavirus to pay attention to climate change now, just wait until violence breaks out in November after both Donald Trump and Joe Biden claim that they won the general election despite closed polling places, historically low voter turnout, and widespread confusion on Election Day.

OK, maybe that’s just my catastrophizing brain at work. Maybe. But that kind of worst-case scenario is why your highest duty right now, VOTE, as a citizen who cares about democracy and the environment, is to try to prevent such illegitimate elections from happening. It is not too late to make voting safe and accessible in the remaining primaries and the general election, no matter how long social distancing measures last.

The best possible outcome, most voting rights experts agree, is for states to send mail-in ballots with prepaid postage to everyone while also leaving polling places open for a longer period of time for the relatively small number of people who need help from poll workers or don’t have mailing addresses. (Many people who live on Native American reservations, for instance, don’t have mailing addresses.)

“Wisconsin is a great lesson for why states and the federal government need to start setting the groundwork for what’s certainly going to be a mass increase in the volume of mail voting in the upcoming primaries — the ones that are now scheduled for later in May and in June — but also obviously for November,” Sophia Lin Lakin, deputy director of the ACLU’s Voting Rights Project, told Grist.

Before Congress passed the most recent coronavirus relief package, there was talk of a $4 billion fund for state elections tied to the requirement that states implement early voting and no-excuse absentee voting. The package that ended up passing included only $400 million to help states prepare for the 2020 election cycle, without any expanded voting requirements attached. But yet another coronavirus relief package is in the works, and universal vote by mail is still on the table. Now would be a good time to call your U.S. representative and senators and tell them you support a federal requirement for early voting and universal absentee voting.

Even if these efforts go nowhere on a federal level, or if Congress ends up passing a watered-down version of an election bill, there is also still time for state governments to make voting more accessible in 2020, Lakin says. Find a civic group working on this issue in your state and offer support for whatever strategy they’re promoting, whether it’s extending the deadline for absentee ballot requests, reversing voter ID rules, or easing notary requirements for mail-in ballots. You can also simply take some time to educate yourself about the vote-by-mail rules in your state — the ACLU has a handy state-by-state guide. Just make sure you apply for (and submit) your ballot in time, and make sure your friends and relatives know the rules as well, so you can all vote safely.