Can I astrally project my way out of coronavirus lockdown? 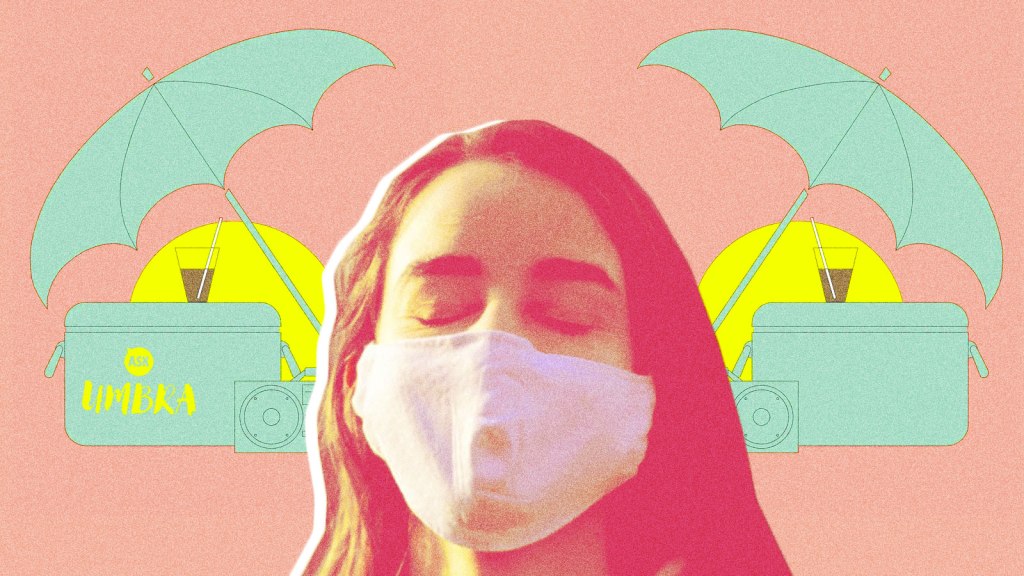 Grist / Kirill Rudenko / Getty Images
Why The Hell Not

Can I astrally project my way out of coronavirus lockdown?

Can we develop skills in astral travel to get out and about during coronavirus? See our loved ones? Go on vacation?

— Does Reality Escapism Address My Yearning?

I get the sense that you’re looking for an escape, and trust me, I relate. That’s a really natural response to crisis: fight or flight, you know. Except in this case, that desire to bolt is not so much the body’s biological response to an acute threat as it is a more general sense of coronavirus lockdown-induced longing.

Responsible social distancing measures leave us with precious few options to get away right now. If you want to go to Cabo, for example, you probably have to get to the airport by car or bus or subway and then onto a plane and then into a taxi or rental car or something once you land in the airport in Mexico, and that doesn’t even take into account those shuttle things in the airport! And all of those are, for now, pretty well off-limits due to the possibility of contracting or transmitting COVID-19. Despite the fact you can still technically catch a flight or hail a taxi, most medical professionals say it’s best to stay at home as much as you possibly can.

Those vehicles are also frowned upon from a climate perspective. Well, the flight part far more than the rest of it — due to the fossil fuels planes require to get around. As my colleague John Thomason recently wrote, it’s unlikely that we’ll be able to casually traipse the globe even post-coronavirus — whether that’s due to the fear of a future pandemic or your standard sense of climate-driven flygskam (or “flight shame”). That means we all must look for creative vacation solutions — which is why I was intrigued by your question.

Astral projection — or travel, to use your terminology — is also known as an “out-of-body experience.” Basically, your consciousness separates from your physical body and sets off to do its own thing for a while. It’s one you can allegedly train yourself to have, though under the right conditions, it can also just occur spontaneously. You hear of this almost supernatural phenomenon happening to people who get into terrible accidents, or dissociate due to a really intense panic attack. (Or people who are under the influence of ketamine, which has tellingly come back into partying fashion in the past few years.)

The point is, you’re not the only one who has considered astral projection as a way to escape the physical realities of coronavirus lockdown. Turns out there’s an entire community attempting this — on Reddit, of course — and they’re using their supposed powers of consciousness-alteration to go to places like Wuhan, China, and the Pentagon on intelligence-collecting missions. Why not, if you have a little more unstructured time on your hands?

I’d venture to say that most people don’t believe in astral projection — I mean, probably a significant majority have never heard of it to begin with — because it’s quite hard to understand. The medical field has certainly tried to make sense of reported “out-of-body experiences.” At least one study has tied predisposition to such episodes to an irregularity in the inner ear, which regulates balance and spatial awareness. An explanation for this, as described in the Atlantic, is that the brain, when attempting to make sense of the space around the body, usually does so from the perspective of the body itself. When that part of the brain is thrown off in some way, there’s a theory that it could be attempting to make sense of that space from a point outside of the body.

BUT, if you’re really looking for an offbeat corona lockdown hobby, the Monroe Institute — founded by Robert Monroe, a purported pioneer of consciousness exploration — has a whole collection of courses and trainings, although there’s no guarantee that any of them will actually work. There’s also this Australian guy. It’s apparently not that hard to find people who will take your money to teach you how to spend less time in your body. If it works for you, I am truly envious.

Scientific skepticism aside for a moment, taking journeys using brain power alone is an appealing idea. There’s a reason it crops up in so many different ways in literature and cinema — think Dorothy’s concussion-caused adventure in The Wizard of Oz, Alice’s dreamy decision to head down the rabbit hole to Wonderland, or whatever you want to call what’s happening on HBO’s Westworld. The trope goes something like this: Life is bad, be it due to tornado, lackluster Victorian childhood, or vaguely unfulfilling and bleak dystopia, so the protagonist yearns for escape and boom! Suddenly she is in a technicolor fantasy land populated by munchkins or, um, a Western brothel filled with hot cyborgs. Either way, life is thrilling! Fun! Joyful again!

But the moral of all of those stories, of course, is that the thrill of escape comes at a price; you must face reality again eventually. And when that reality includes, say, a global pandemic or climate anxiety or both, the return journey can be a distressingly bumpy ride.

There is a great deal of ambient stress floating around in the world right now; most of us are paying a lot more attention to what we touch and how we wash our hands, some of us are now round-the-clock childcare providers in addition to full-time jobs, and pretty much all of us are reckoning with totally transformed daily lives. Even if you do find a way to temporarily and responsibly get away (and let’s be real, a vacation would be incredible right now) it wouldn’t absolve you of having to adjust to the aftermath of this global shake-up.

But despite those reservations, I had to find out what you were talking about. After all, astral projection would definitely qualify as the lightest carbon footprint travel option because you’re literally just lying there. And mental projections can’t transmit COVID-19, so you know, bonus!

According to my research, there are several ways to train yourself to astrally project, and they all seem to involve lying down and either forcing your brain to go someplace or letting your brain drift and hope it will sort of … leave your body. I’ve never even been able to train my mind to meditate in the three minutes where you lie on the floor soaked in your own sweat at the end of a CorePower class, so I didn’t have a lot of faith I’d be a standout candidate for astral traveler of the year.

However. I had a moment this weekend where existing in my body, on my couch, staring at the same sliver of nighttime Seattle skyline that I’ve been staring at every night for months, felt truly unbearable. I was aching so much with sadness and loneliness that I truly did not know what to do to ease the pain. In situations where I am completely overwhelmed by stress or sadness or even rage, I actually have a gift for immediately falling asleep. It’s my own sort of astral projection, I suppose; I cannot bear to be conscious, so I send my consciousness elsewhere. I just can’t control at all where it’s going. But on this occasion, I felt excruciatingly awake.

So I just grabbed a notebook and simply wrote down what I was feeling to get it out of my brain. I wrote down some very tragic, self-pitying observations with this advice to myself: Remember how this feels, and that it won’t last forever, because tomorrow you will feel differently. I just imagined what the future would be like. Not a future where I’m bronzing on some azure-edged beach or hugging my family, because that is all too uncertain to not feel painful. No, a much nearer and more tangible future in which I feel OK; where there is something as simple as a sunny window or fresh fruit at breakfast to appreciate.

What I am saying is that I think that this time of sacrifice is going to make joys that are far simpler and more attainable than a beach vacation feel so much more refreshing and rejuvenating than they did before. I don’t think we need to send our imaginations to the Great Barrier Reef or an alpine meadow or ah, the Pentagon — I mean, come on, Reddit — to get peace in this time. I really do think it’s as simple as imagining a much simpler and more attainable happiness, because it’s going to feel so much better once you get it. And you will get it.