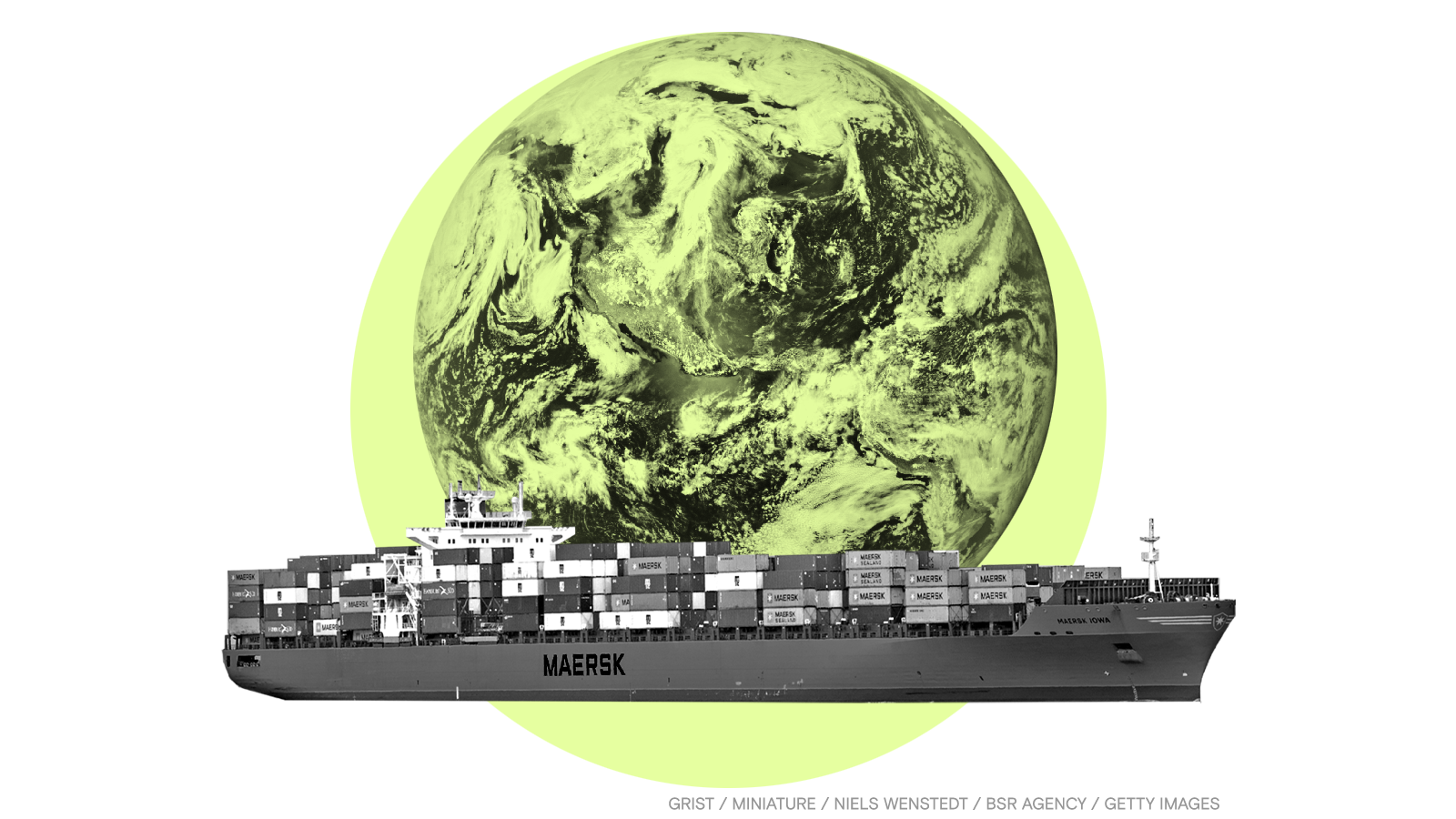 Shipping is responsible for nearly 3 percent of the planet’s greenhouse gas emissions, and shipping-related emissions have been growing since 2012. In an effort to tackle that trend, the Danish shipping firm Maersk announced on Tuesday it is placing an order for eight new cargo boats that can run without heavy fuel oil.

“We don’t believe in more fossil fuels,” said Morten Bo Christiansen, Maersk’s vice president and head of decarbonization, in an interview with Bloomberg Green. Instead, the firm’s new ships will be capable of running on “carbon neutral” bio-methanol or e-methanol, alternative fuels that produce much less pollution than their carbon-intensive cousins.

Bio-methanol can be made from biomass like crop waste, while e-methanol is made by combining hydrogen atoms with carbon dioxide. Both are currently expensive to make and hard to come by, but Maersk’s CEO said in a statement that he hoped the company’s sizable purchase — $175 million per ship for a total investment of $1.4 billion — would send a market signal that demand for green methanol is growing.

Maersk expects its new ships to hit the high seas by early 2024. Eventually, the company plans to decarbonize its entire fleet, in alignment with its commitment to achieve net-zero carbon emissions by 2050.

California wildfire smoke may have caused 7,000 preterm births between 2007 and 2012, a new study shows. The study, published in Environmental Research, found that the more days a pregnant person in California was exposed to wildfire smoke, the more likely they were to experience premature birth. And the situation is likely worse today: Wildfire smoke in the state has increased dramatically since the study’s examination period.

The type of hot, dry, windy weather that fuels wildfires is affecting more than just the usual suspects along the U.S. West Coast: it’s also increasingly encroaching further east in places like Oklahoma and Nebraska, according to a new report. Kaitlyn Weber, a climate data analyst for the research group Climate Central, said, “(In) most of these communities, it’s not a matter of if — it’s a matter of when.”

The Minnesota Supreme Court decided not to take a case from Line 3 opponents, leaving intact a key ruling that allows construction on the pipeline to continue. The decision, made on Tuesday, leaves opponents with few legal options to stop the oil project, which opponents say will violate treaty rights, threaten traditional Indigenous wild rice cultivation, and increase the negative impacts of climate change.