It’s Wednesday, August 4, and a major shipping company is adding electric planes to its fleet. 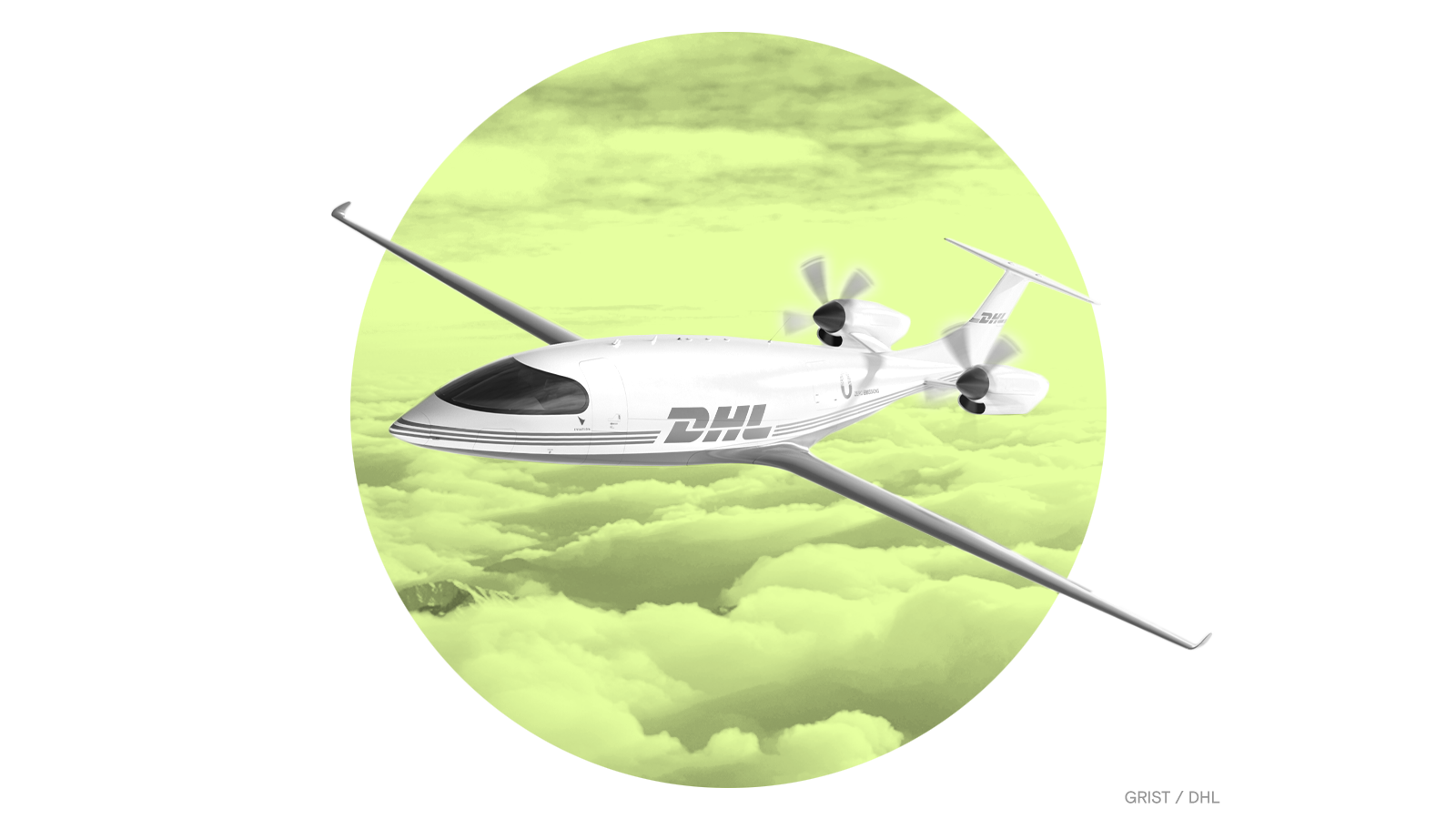 In the era of Amazon, cutting greenhouse gas emissions from shipping is crucial to stabilizing the climate. The companies that crisscross the world delivering goods to our doorsteps are starting to get that: UPS has ordered thousands of electric trucks and vans, and FedEx has promised that its entire delivery fleet will be emissions-free by 2040. But while ground-based emissions solutions are becoming more common, few are taking steps to tackle shipping’s giant carbon footprint in the skies.

Now, DHL Express, which focuses on delivering time-sensitive packages by plane, has ordered a fleet of 12 battery-powered airplanes that could hit the skies in 2024. The planes, which are being built by the Seattle-based company Eviation, are expected to be able to carry 2,600 pounds of cargo over roughly 500 miles after a 30-minute battery charge.

Commercial aviation produces about 2 to 3 percent of global emissions annually, with 85 percent coming from passenger planes and 15 percent coming from freight in 2019, according to the International Council on Clean Transportation. Electric plane technology is still a long way away from fully replacing jet planes, due to challenges accommodating the heavy batteries required to power giant planes for long flights. But the planes DHL ordered, a small model called the Alice designed for shorter flights, could be a small step forward. The Alice is slated to hit the skies for its first test flight later this year.

If no significant progress is made to slow climate change in the near future, an estimated 70 percent of Emperor penguin colonies will be pushed to extinction by 2050 — and 98 percent by 2100, according to new research. While the U.S. Fish and Wildlife Service has proposed listing the penguins as threatened under the Endangered Species Act, melting ice caps are poised to continue to lead to breeding failures.

Bolivia’s second-largest lake is now a desert — and scientists think the change is permanent. Temperatures in the Andes are rising faster than the global average, accelerating the lake’s evaporation and threatening the livelihoods of residents who are now being forced to migrate.

The U.S. Senate’s $1 trillion bipartisan infrastructure package falls short on some of President Joe Biden’s clean energy and environmental justice promises, including assurance from last week that the legislation would replace “all of the nation’s lead water pipes.” Democrats plan to follow up the pending bill, which will be put to a vote later this week, with another $3.5 trillion spending package, but its details are still being developed in Congress.