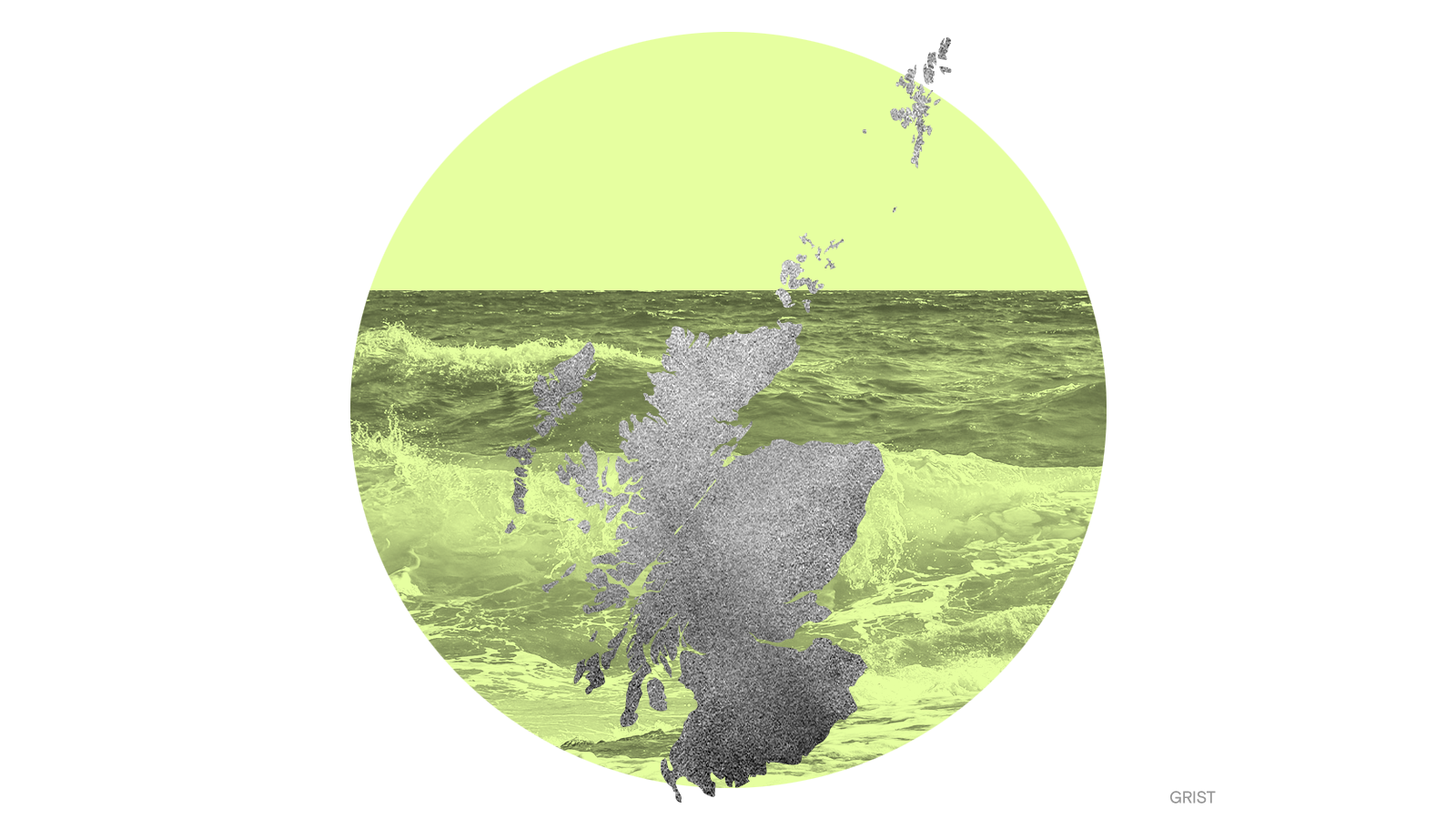 Scotland, famous for its legendary Loch Ness monster, may soon be known for another undersea giant: the world’s most powerful individual tidal turbine.

Orbital Marine Power, a Scottish engineering firm, announced last week that it had successfully anchored its 750-ton turbine in the sea off the Orkney Islands, which is also home to a tidal test facility. The turbine is expected to operate for 15 years, providing enough electricity to power 2,000 U.K. homes annually.

It’s yet another step forward for U.K. offshore power generation. Britain ranks third in the world in installed tidal capacity and second in the world for installed offshore wind capacity. Scotland, meanwhile, currently generates 97 percent of its electricity from renewables and is a net exporter of electricity to the rest of the U.K.

Orbital Marine Power hopes the development of the turbine will help boost tidal technology around the world. “Our vision is that this project is the trigger to the harnessing of tidal stream resources around the world to play a role in tackling climate change,” Andrew Scott, the company’s CEO, said in a statement.

An extreme heat wave is broiling southern Europe, with parts of the region clocking temperatures above 115 degrees Fahrenheit. The high heat — exacerbated by climate change — has sparked emergency declarations in Greece and fueled intense wildfires in Turkey, where blazes have forced more than 10,000 people to flee their homes.

Last year’s record-breaking Siberian heat wave induced methane emissions from rock formations underneath the Arctic permafrost, according to a new analysis of satellite data. Although the methane leak remains relatively small, scientists worry that the worsening climate crisis could release much larger quantities of the greenhouse gas, which is 84 times more potent than carbon dioxide during its first 20 years in the atmosphere.