It’s Wednesday, December 2, and the Paris Agreement’s goals might actually be within reach. 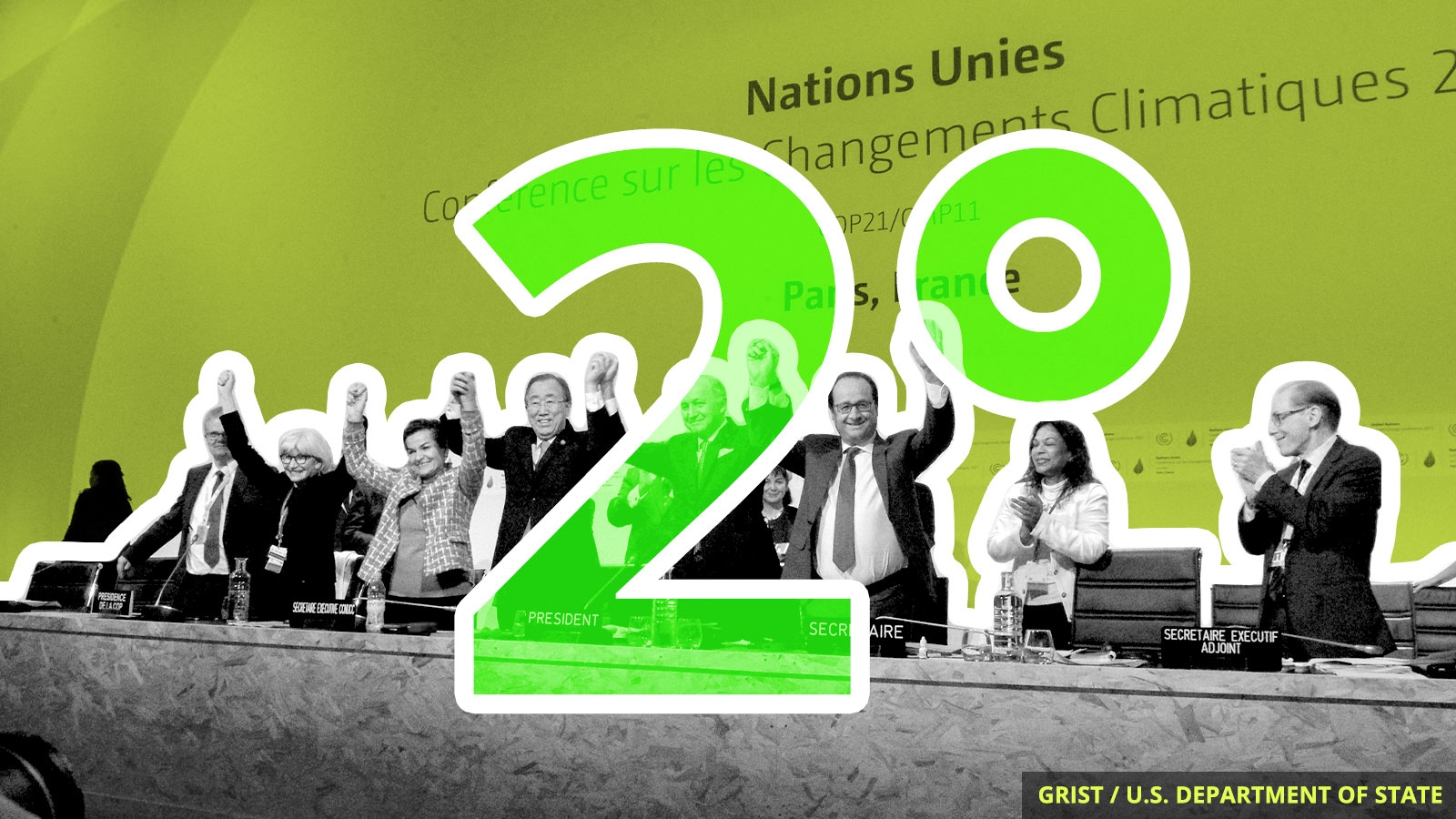 Even though 194 countries worldwide are currently signed on to the landmark 2016 Paris Agreement, the pact’s central goal — to keep global warming below 2 degrees C (3.6 degrees F) — has often seemed like a long shot. But this week, researchers from Climate Action Tracker estimated that, if countries stick to their promises, the world could limit warming to 2.1 degrees C (3.8 degrees F) by the year 2100.

That’s a huge improvement compared to earlier predictions. After a failed climate summit in Copenhagen in 2009, the group estimated that the planet would warm by 3.5 degrees C (6.3 degrees F) by 2100. The ratification of the Paris Agreement improved that projection, but only to 2.7 degrees C (4.9 degrees F).

The group’s newfound optimism is the result of many large, industrialized countries promising to cut their emissions to net-zero by mid-century. China, currently the world’s largest producer of greenhouse gases, has promised to zero out its emissions by 2060; Japan, South Korea, and the European Union all have similar targets. While the U.S. has yet to declare a target, President-elect Joe Biden said during his campaign that he would pursue a goal of net-zero by 2050 — and rejoin the Paris Agreement, bringing the number of signatories back up to 195.

The research comes with a big caveat: Countries actually have to hit their targets. But, for the first time in a long time, protecting the planet (and society!) from the worst consequences of warming is looking … possible.

About the caveat we mentioned above: despite all those net-zero promises, a new report has found that the countries of the world are not on track to meet their Paris Agreement commitments. The world would need to reduce its fossil fuel production by 6 percent annually between 2020 and 2030 to limit warming to 1.5 degrees C (2.7 degrees F); instead, countries are planning to increase fossil fuel production by 2 percent annually on average.

A nationwide network of almost 4,000 air quality monitoring devices has been routinely missing major pollution events, including a Philadelphia refinery explosion that released 700,000 pounds of hazardous chemicals last year. These monitoring failures pose significant health risks to the immunocompromised and those with respiratory diseases — a growing concern as COVID-19 cases continue to rise.

A new study has found that the amount of affordable housing threatened by climate change–caused flooding is expected to triple over the next 30 years, with affordable homes in Massachusetts, New York, California, and New Jersey at particular risk. These flooding events, caused by an increased intensity of hurricanes and sea-level rise, will disproportionately impact lower-income communities who don’t have the resources to adapt to changing conditions.