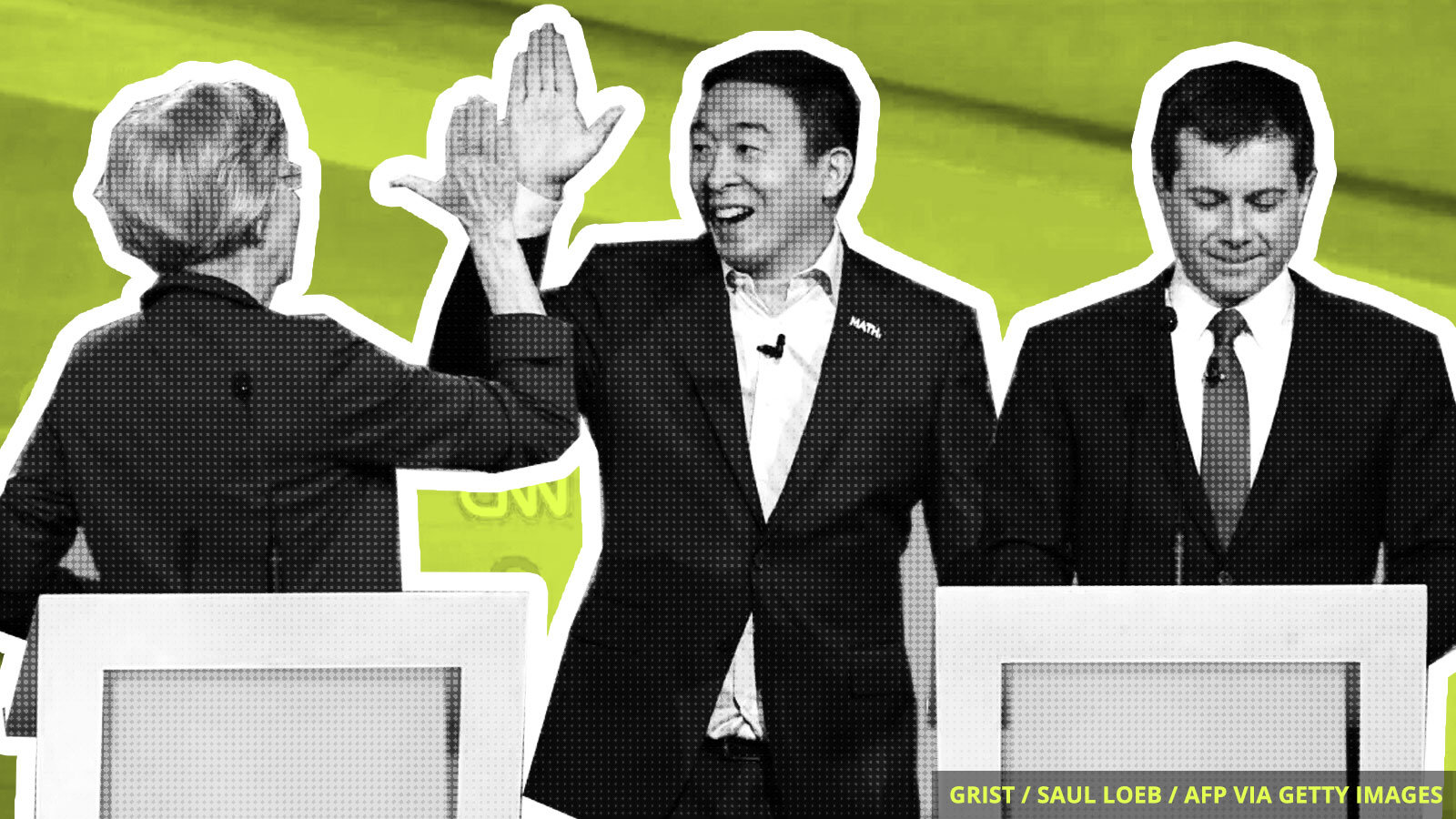 The top 12 Democrats running for president took the stage in Ohio on Tuesday night to debate the issues that were supposed to be the most important to the Democratic electorate. Gun control, reproductive rights, health care, the company Ellen DeGeneres keeps (seriously), and more were on the menu. One was conspicuously, amazingly absent: the climate crisis.

Activists and even some of the candidates themselves were surprised and unhappy about the omission. Most of the candidates who qualified for the debate are actually well versed in climate change, partially thanks to pressure from activists and previous debates with a former competitor (Governor Jay Inslee of Washington state).

Don’t believe us? We have proof. David Roberts of Vox (once known as David Roberts of Grist) and his colleague Umair Irfan asked all 23 active Democratic campaigns to answer six questions about climate change. These weren’t softballs about whether the candidates would rejoin the Paris Agreement. The point was to get into the nitty gritty of climate policy.

Nine candidates — including Joe Biden, Elizabeth Warren, Bernie Sanders, sent in responses. Their answers to everything from executive action to filibuster reform give readers some clarity on how serious each is about enacting a policy to tackle the climate crisis in 2021. The biggest takeaway? They see a path to getting serious policy in place.

Several fossil fuel companies including Exxon and BP have increased greenhouse-gas releasing practices of venting and flaring on the three largest shale oil fields in the U.S., according to a New York Times analysis. Over the last few years, they’ve been burning off more excess natural gas or venting methane directly into the atmosphere than ever before.

The climate crisis is increasing the risk of an Ebola outbreak in areas that have not yet been exposed to the disease, according to a study published Tuesday in Nature Communications. Warming temperatures and more extreme weather patterns could double or triple the odds that more humans will come into contact with infected animals.

September’s average global temperature was 60.71 degrees Fahrenheit, warm enough to tie the same month in 2015 as the hottest September on record, according to the National Oceanic and Atmospheric Association. Average temperatures on land were the highest since record-keeping started in 1880.

Please join Grist, Chief Seattle Club, 350 Seattle, and more for a Seattle City Council candidate forum about the Urban Indian Experience and What a Green New Deal Means for Seattle. Happening this Friday, October 18th, from 6:30-8:30pm at KEXP in Lower Queen Anne. The best part? It’s free with RSVP! Bring your partners, bring your questions, bring your zeal for climate solutions!

Putting the green in green economy