It’s Monday, October 4, and billionaires have pledged more money than ever before to protect our planet. 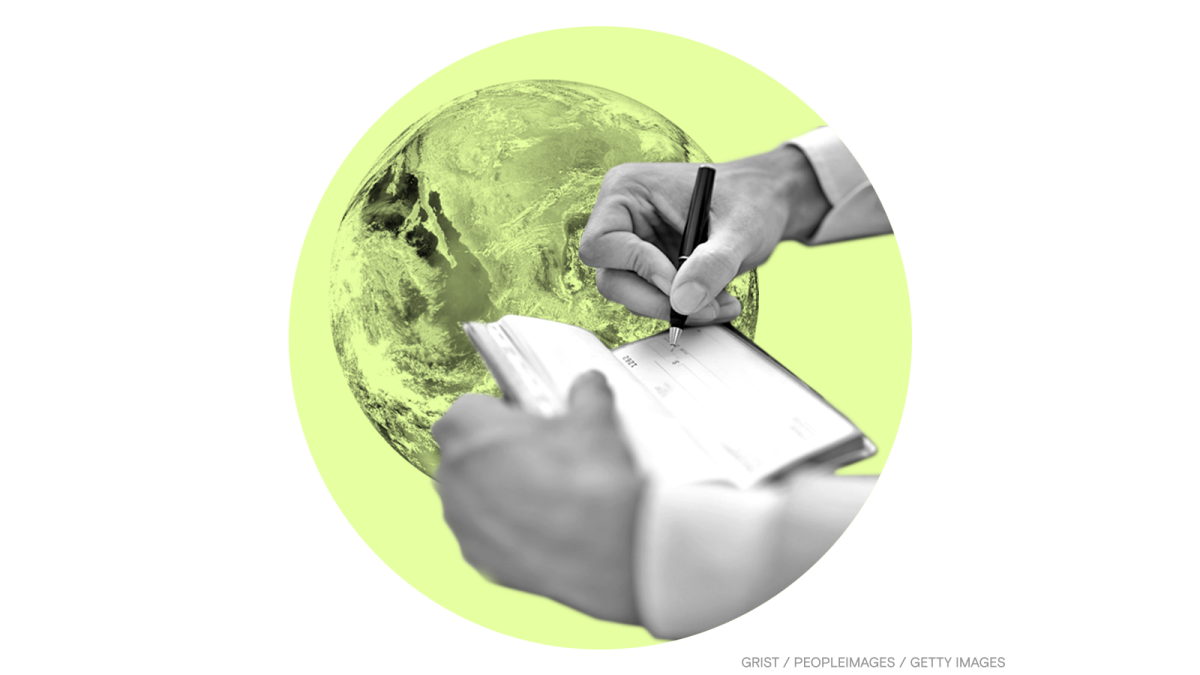 On September 22, nine philanthropic foundations announced that they will spend a record $5 billion on conservation efforts over the next 10 years. The philanthropic pledge, dubbed the Protecting Our Planet Challenge, is part of 30×30, an international initiative to protect 30 percent of the Earth’s land and seas by 2030. The billionaires behind the foundations include Swiss businessman Hansjörg Wyss, Amazon founder Jeff Bezos, and former New York City mayor Michael Bloomberg.

The environmental sector has historically been overlooked by philanthropists, according to the Rockefeller Philanthropy Advisors group, accounting for just 8 percent of giving.

In the announcement, the donors emphasized the importance of Indigenous stewardship of protected areas and called for more government action to protect nature. “Private donors have a role to play, but this goal requires the commitment of all governments and of the communities that manage some of the world’s most biodiverse landscapes,” Lisbet Rausing and Peter Baldwin of Arcadia, one of the participating foundations, said in a statement.

The $5 billion dollar pledge was made ahead of the United Nations’ international biodiversity conference, where countries will discuss goals for protecting nature and the environment later this month.

An oil pipeline that extends from Orange County, California, to an offshore oil platform failed on Saturday, leaking at least 126,000 gallons of oil into the ocean. The spill, which caused dead fish and birds to wash ashore, also reached Talbert Marsh, an ecological reserve.

Puerto Ricans have experienced repeated power outages over the last few weeks, even though no major hurricanes have hit the island this year. The outages are disrupting school schedules and medical treatments and leaving residents without air conditioning on hot and humid days. The power authority and private company that respectively produce and distribute power in Puerto Rico have blamed the blackouts on mechanical failures and demand for electricity that has exceeded supply.

Steven Donziger, a former lawyer who helped an Indigenous community in Ecuador fight oil giant Chevron over contamination of the Amazon rainforest in 2011, was sentenced to six months in prison on Friday for defying court orders. Donziger was sentenced for refusing to turn over his phone and computer after being accused by Chevron of winning the original case through bribery, fraud, and extortion.

Subscribe to Looking Forward — a new newsletter from Fix

The climate crisis is terrifying, tragic, and unfair. But the road to fixing it doesn’t have to be. Fix, Grist’s solutions lab, is launching a newsletter this fall all about the path to a better world. Delivered every other Thursday, Looking Forward will inspire you with visions of a clean, green, just future, and introduce you to the real ideas and leaders working to get us there. Subscribe now.