It’s Friday, September 28, and a cheaper battery could help us achieve a carbon-free grid. 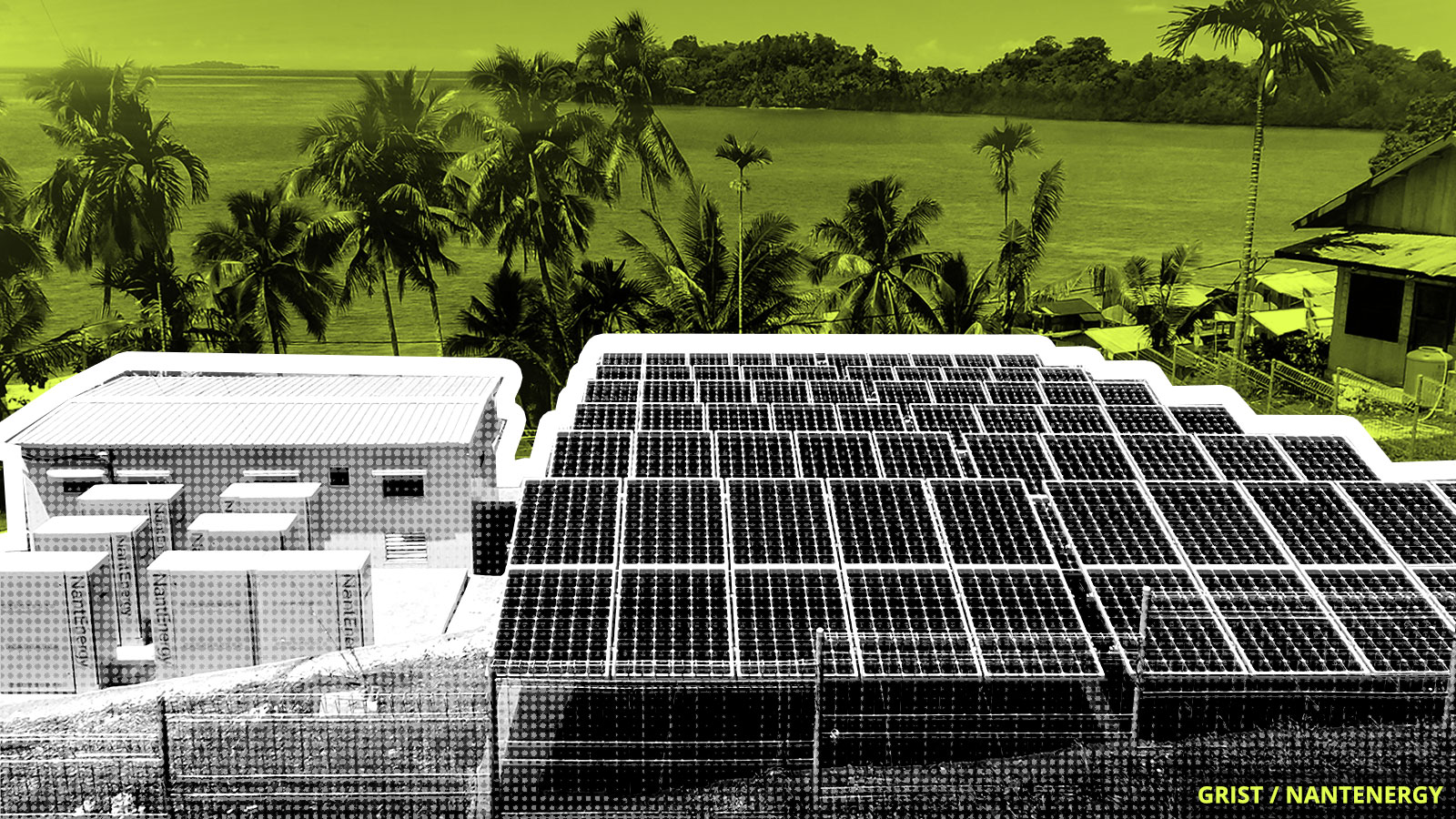 Lithium-ion batteries are everywhere, powering electric cars and storing energy generated by renewables. The problem is they kinda suck. They wear out, use precious metals that are hard to mine, and sometimes burst into flames. For years, there’s been no other alternative. Well, now there might be.

On Wednesday, NantEnergy, an energy company owned by Cali billionaire Patrick Soon-Shiong, unveiled a new battery that could transform the way we store power. It runs on zinc and plain old air, it’s rechargeable, and — here’s the important part — it functions at a fraction of the cost of a lithium-ion battery. NantEnergy’s batteries cost $100 per kilowatt hour. For comparison, lithium-ion batteries often cost around $300 to $400 per kilowatt-hour, according to the New York Times.

The new battery was announced at the One Planet Summit in New York City, an event put on by France’s President Emmanuel Macron. This wasn’t the first time the world saw NantEnergy’s technology — the company has been testing the tech in 110 Asian and African villages’ microgrids. And zinc-air batteries have been powering some cellphone towers in the U.S. for years.

The new battery was developed with support from the World Bank, which announced its own $1 billion initiative at the summit to help developing countries incorporate battery storage into their grids.

Renewables are accelerating at breakneck speeds, but, right now, we just don’t have enough storage capacity to tackle the formidable task of decarbonizing our grid. These batteries could determine whether we zinc or swim.

Brett Kavanaugh, the judge called the “Voldemort” of environmental law by one law professor, is another step closer to sitting on the Supreme Court. This afternoon, the Senate Judiciary Committee voted to move Kavanaugh’s nomination to the floor. Republican Jeff Flake, the deciding vote, said he wanted a week-long FBI investigation before the final Senate vote, but it’s unclear whether his party will honor that. While Christine Blasey Ford’s heart-wrenching sexual abuse testimony has been the center of attention, it’s still worth remembering what his appointment could mean for the environment. As Hillary Clinton tweeted earlier this month, “Replacing Kennedy with Kavanaugh would swing the Court to a new, hard-right majority that would rule against curbing greenhouse gases for years — maybe decades — that we can’t afford to waste on inaction.”

The Trump administration recently reached a terrifying conclusion: There will be a 7-degree-C rise in global temperatures by 2100. This would mean that the world is lagging even more behind than thought on the goals of the 2015 Paris accord — to avoid warming 1.5 C above pre-industrial levels. This apparent embrace of climate science might seem uncharacteristic of an administration known for censoring climate science. Yet, as The Washington Post explains, this is not a call to action: “Just the opposite: The analysis assumes the planet’s fate is already sealed.”

Teamwork is dreamwork, except when it comes to Mexico and the energy giant BP working together in a confidential settlement over the Deepwater oil spill. According to a two-year investigation by Buzzfeed News, the Mexican government quietly settled a five-year-long lawsuit against BP in return for a $25.5 million payment earlier this year. Mexico said it could find no evidence of pollution caused by BP’s 2010 Deepwater Horizon oil spill, likely eliding scientific evidence. Meanwhile, not a single peso has gone to an affected Mexican. A spill like Deepwater Horizon is likely going to happen again, but with this precedent, whoever is responsible might not have to own up to it.

The U.K. is cutting down on food waste