Today is Friday, June 15, and industry knows how to appeal to Trump on climate. 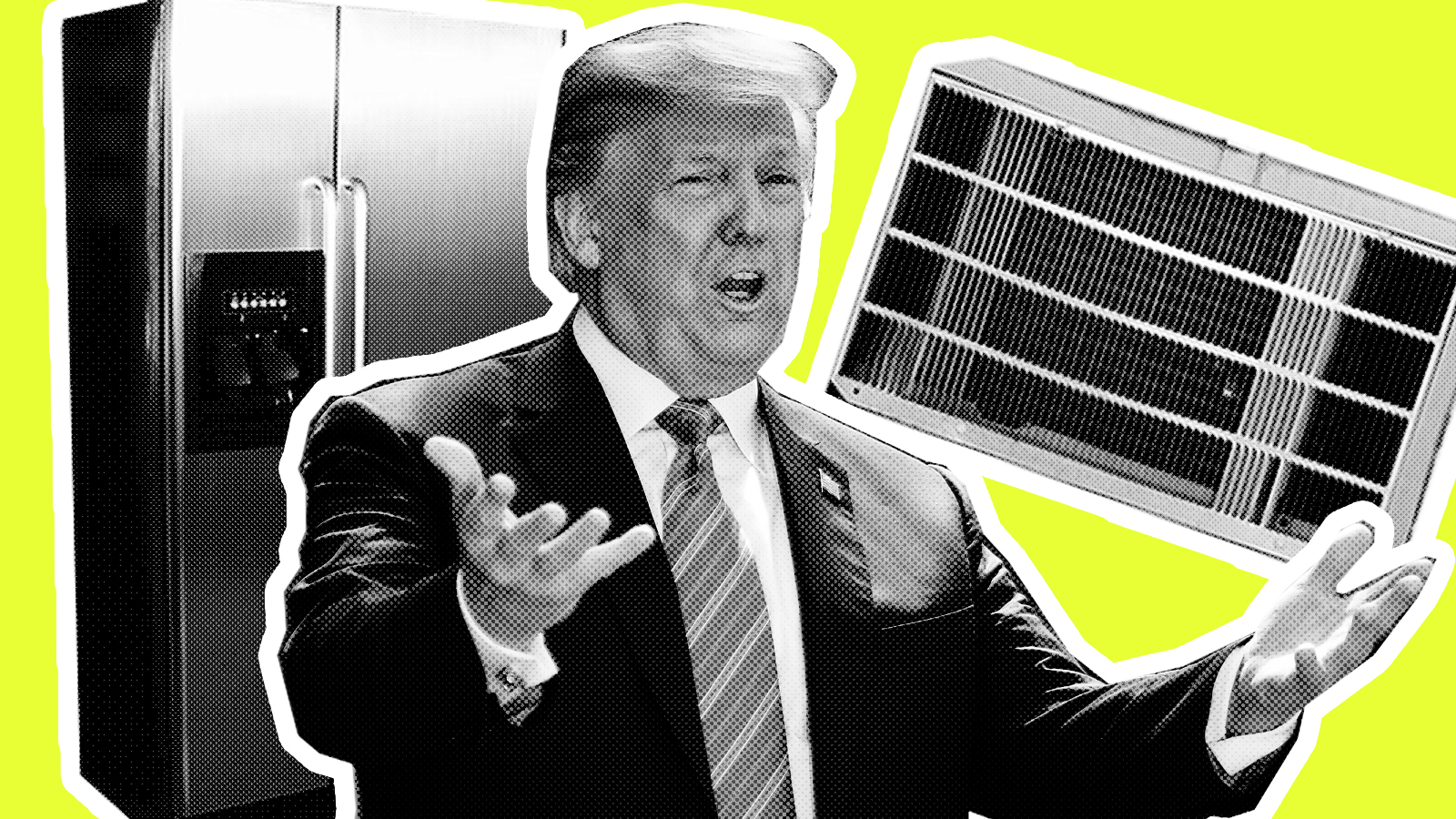 Saving the planet from burning to a crisp isn’t a good enough reason for President Trump to commit to international climate agreements. So a who’s who of manufacturers is appealing to Trump’s love of money to coax him into signing a climate pact called the Kigali amendment, an Obama-era rule that bans most hydrofluorocarbons.

If you own an old fridge or air conditioner, it probably contains chemicals called hydrofluorocarbons (or HFCs) — pesky little compounds that are thousands of times more potent than CO2. The manufacturing industry was forced to modernize its products after 2016, when Obama negotiated the Kigali amendment into the Montreal Protocol — the global agreement to protect the ozone layer.

The amendment needs to be signed by Trump now so it can go into effect, and guess what? He doesn’t know if he wants to do it.

But now U.S. manufacturers have already altered their new products to comply with the rule. Nearly three dozen top-dog executives from companies like Honeywell and Dow Chemical sent Trump a letter this week saying as much.

If you read the letter, you’ll notice the executives don’t mention climate change. That’s because companies are a lot more concerned that HFC deregulation could make them lose their competitive advantage with China. A few days before manufacturers sent their letter, Trump received another one from a group of 13 Republican senators who also urged the president to back the Kigali amendment. And they didn’t mention climate change either!

OK, so everyone knows Trump thinks climate change is a hoax. And where does he think that hoax came from? China. And he does care about one-upping China. So … the amendment might get his approval when all is said and done.

Let’s get the smoggiest of news out the way first: Climate change is set to exceed 1.5 degrees C of warming before 2040. This is the threshold generally regarded as safe by the scientific community and the Paris climate agreement. At the current rate of emissions, it’s looking more and more like we won’t keep warming below that number.

FYI: Fish really need us to get our act together. In response to warmer waters, fish are going rogue, migrating out of international boundaries and messing with economic trade agreements. The fishing industry and international laws can’t keep up, leading salmon and mackerel into unfamiliar waters where overfishing could be a problem.

Speaking of uncharted waters: A complicated system designed to protect U.S. wetlands is under threat by none other than our good ol’ president and his trusty EPA sidekick, Scott Pruitt. A partnership between banks and the government has developed into a billion-dollar industry that helps slow the loss of marshes and swamps. But the EPA’s new waterway definitions could upend the system.

It’s Friday, Seattle is about to experience a heatwave (which for us Northwest folks is about 87 degrees F), and the World Cup is in full swing. Yay! To celebrate, the Grist staff is offering some recommendations for what you should be reading this weekend:

Jesse Nichols, who recently made this amazing video on climate change gaming, recommends — go figure — a WIRED story: The Bike Share War Is Shaking Up Seattle Like Nowhere Else.

Greta Jochem, our  news fellow, thinks you should read Naomi Klein’s new book, The Battle for Paradise, which you can learn more about here.

Shannon Osaka, the latest to join Grist as our summer intern, thought this EcoWatch story was fun and timely: The World Cup of Climate Change.

Have a great weekend!

Trump isn’t retiring anytime soon, but all these coal plants are.