Today is Friday, June 29, and a pay-as-you-feel supermarket is opening up in the land down under. 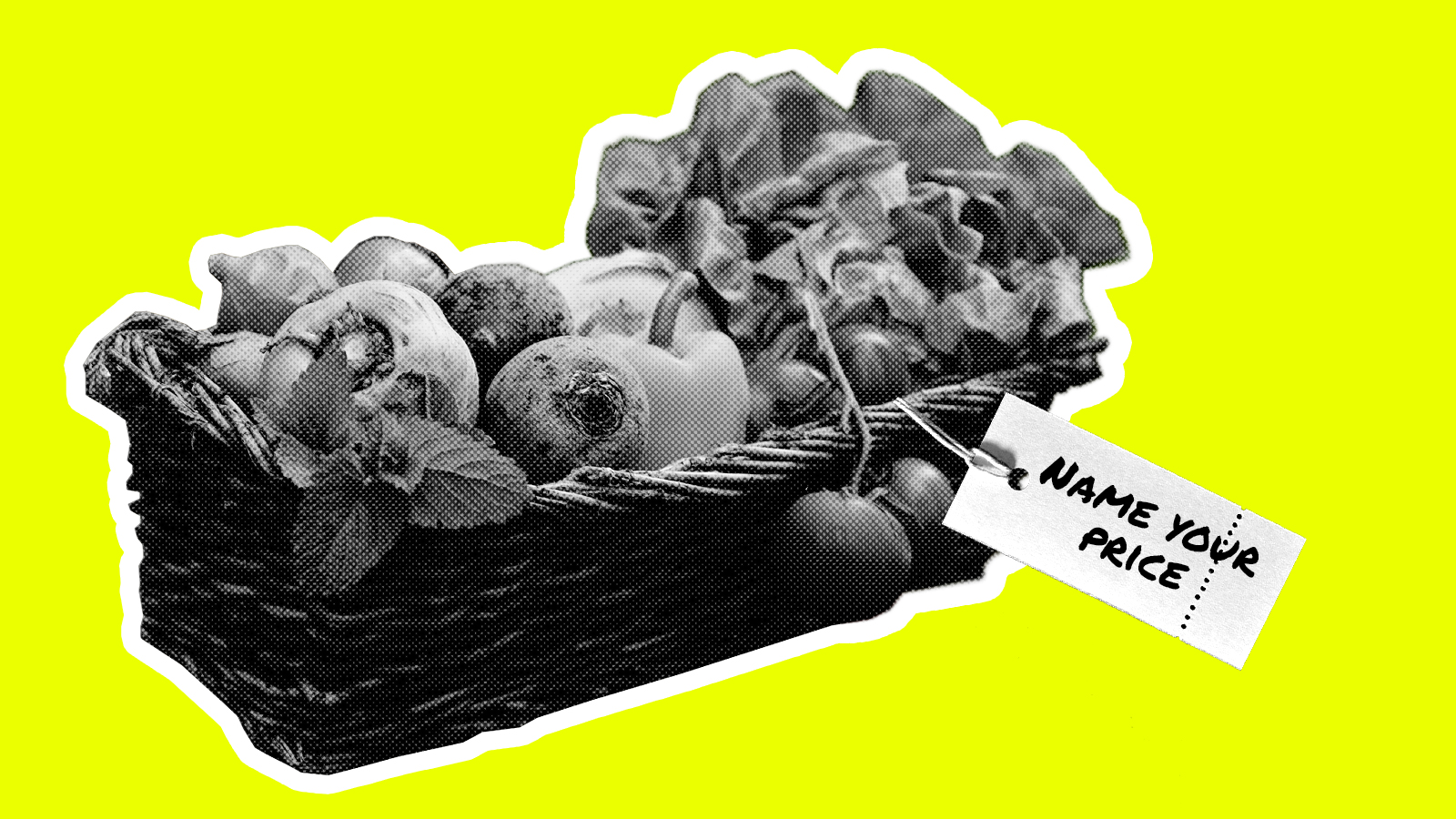 What is a pay-as-you-feel market, you ask? Why, it’s a new type of supermarket in Melbourne, Australia, that sells rescued produce to shoppers for the low, low price of … anything. In a week dominated by awful news, that’s exactly what we’ll take. ANYTHING! And everything about this story is adorable as hell.

An Australian nonprofit vegan restaurant company, Lentil As Anything, is opening up a year-round market in Victoria that lets shoppers name their price for a range of items, from produce to bread to preserves. It’s called The Inconvenience Store and it’s built around a central idea: Anyone can walk right in and leave with fresh food. Pretty cool, right? Here’s how they pull it off.

Aussies toss 20 percent of the food they buy every year — that’s one out of every five bags of groceries in the dumpster. The Inconvenience Store will work with nearby restaurants to rescue unused food. And the store will be entirely staffed by volunteers, which means every dollar it makes will go toward housekeeping stuff, like paying water and electric bills. The people who shop there aren’t expected to volunteer, but they’re welcome to.

The Inconvenience Store isn’t the only cool thing about Lentil As Anything. The nonprofit has an unusual mission statement: to provide food without borders. The organization makes an effort to include everyone, no matter their background or socioeconomic status, by letting guests pay however much they can in all of their restaurants. It also hosts open-mics, a lecture series, and assists refugees with visas. How’s that for a feel-good story? Happy Friday!

Another controversial oil pipeline just got the green light. Minnesota regulators approved a proposal for the replacement of an aging oil pipeline that runs through the north of the state. Proponents of the Enbridge project are ready to fight, vowing to carry out “Standing Rock-style” protests if the project moves forward.

Busted! Well, perhaps busted. The inspector general is investigating reports that Interior Secretary Ryan Zinke was a little too buddy-buddy with the head of oil services giant Halliburton in a big real estate deal in Montana. Emails show the duo met in Zinke’s Interior office last summer. Democrats are concerned that he might have used government resources for personal gain.

The U.S. Forest Service just gave Nestle an early Christmas present. The company was offered a three-year permit to continue to take millions (MILLIONS) of gallons of water from California’s San Bernardino National Forest. The company came under fire when it was revealed that it was bottling and selling massive amounts of Golden State water during California’s awful drought.

If you’re an early-career journalist and want to work at a news shop that’s making a difference, take note. We’re currently seeking rising stars in news reporting, environmental justice, and video for the Grist Fellowship Program. The deadline to apply for the fall term is Monday, July 9.

Previous fellows have taken their talents to Mother Jones, The Wirecutter, Greentech Media, and other esteemed organizations. In a few cases, we’ve hired these fabulous fellows.

Have a safe, re-energizing weekend, everyone. After this bleep-show of a week, we all deserve it.

Ford is putting the pedal to the metal