It’s Thursday, September 20, and algae is giving this Florida politician a run for his money. 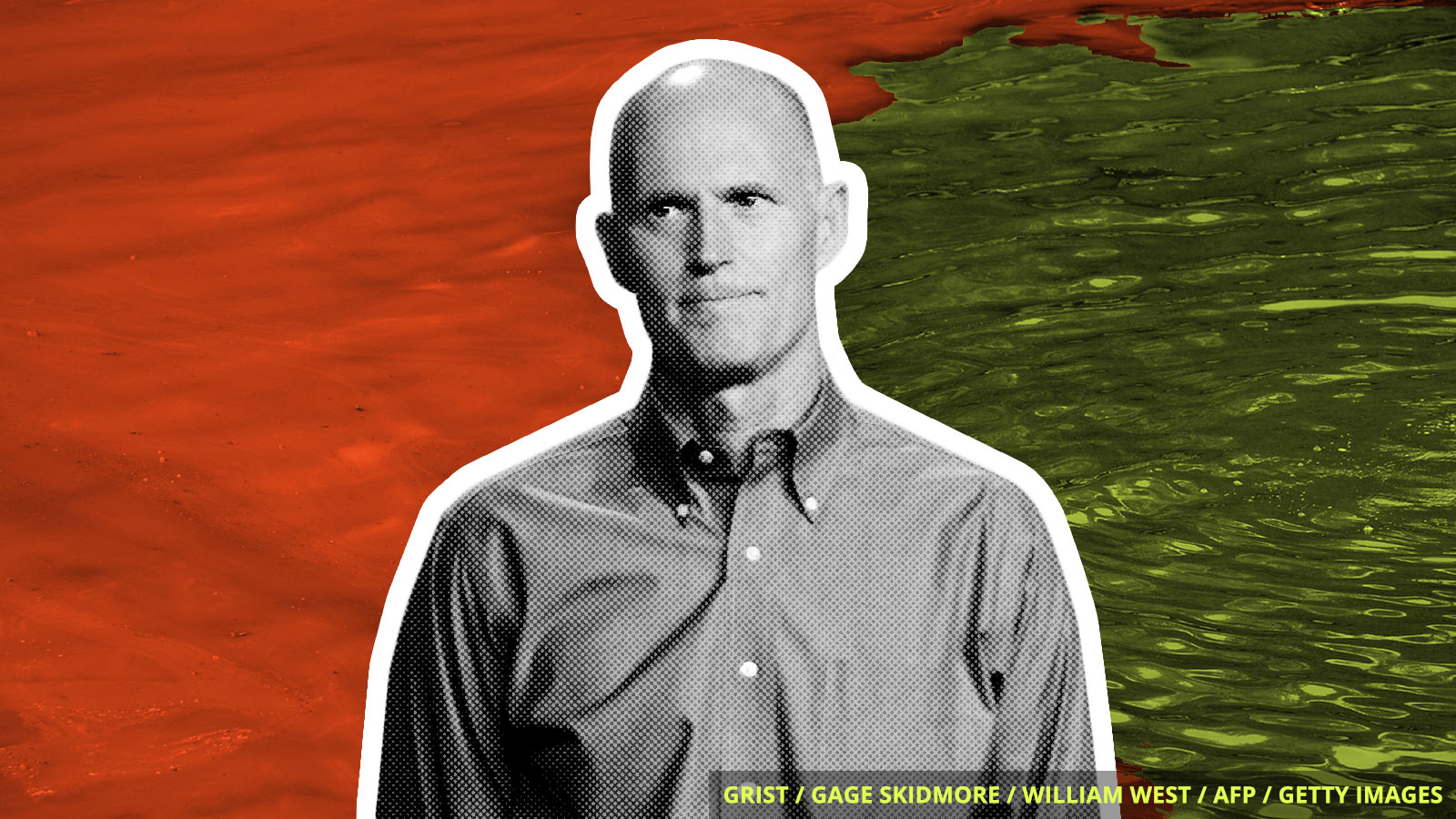 Rick Scott, current governor of Florida and GOP candidate for U.S. Senate, showed up at a campaign event yesterday only to be run off by angry protestors. What were they so angry about? The red algae tide that has inundated Florida’s coast since last November — killing fish, turtles, and tourism. The toxic stuff also causes skin, eye, and breathing problems in humans.

As a result of these nasty blooms, environmental protection is rapidly becoming a central issue in Scott’s midterm race against Democrat Bill Nelson. A USA TODAY Network-Florida scientific poll published in June found that most Florida voters don’t think the state’s environmental protection laws are strict enough. Some 30 percent of respondents considered climate change the most important environmental issue.

It’s no wonder algae concerns are blooming out of control. The governor’s planned stop at the Mojos Real Cuban restaurant in Venice yesterday lasted for about 10 minutes before he had to make a quick escape. Protesters held up signs that said “Redtide Rick” and chanted,“Hey hey ho ho, red-tide Rick has got to go.”

Among the protesters complaints: Scott cut $700 million from his state’s water management funding during his first term in office. Clearly, climate change is starting to matter for voters in states feeling its effects.

Hurricane Florence tested the limits of North Carolina’s infrastructure, and it’s fair to say it didn’t pass. Along with the manure lagoon fiasco and overwhelmed coal ash pits, aging dams suffered under the strain of the immense rainfall. Two dams in Anson County breached, causing the evacuation of a dozen homes, as E&E reports.

Today marks one year since Hurricane Maria devastated Puerto Rico. The storm killed nearly 3,000 people, according to estimates, and left thousands without power for more than nine months. Some communities are still powered by generators. Just last week, FEMA cut off funding that kept evacuees in hotels; some are now homeless. In a CNN special report, Jose Ortiz, CEO of the Electric Power Authority of Puerto Rico said, “It’s going to take 4 to 5 months more to stabilize the system.” But if a storm comes tomorrow, Ortiz says that they are ready.

Earlier this month, Detroit schools shut off access to water fountains because of lead and copper contamination. Recent tests showed 57 of 86 Detroit public schools have copper or lead levels that exceed legally acceptable limits. The school district is currently searching for a long-term plan, but until then students will be drinking out of water coolers.