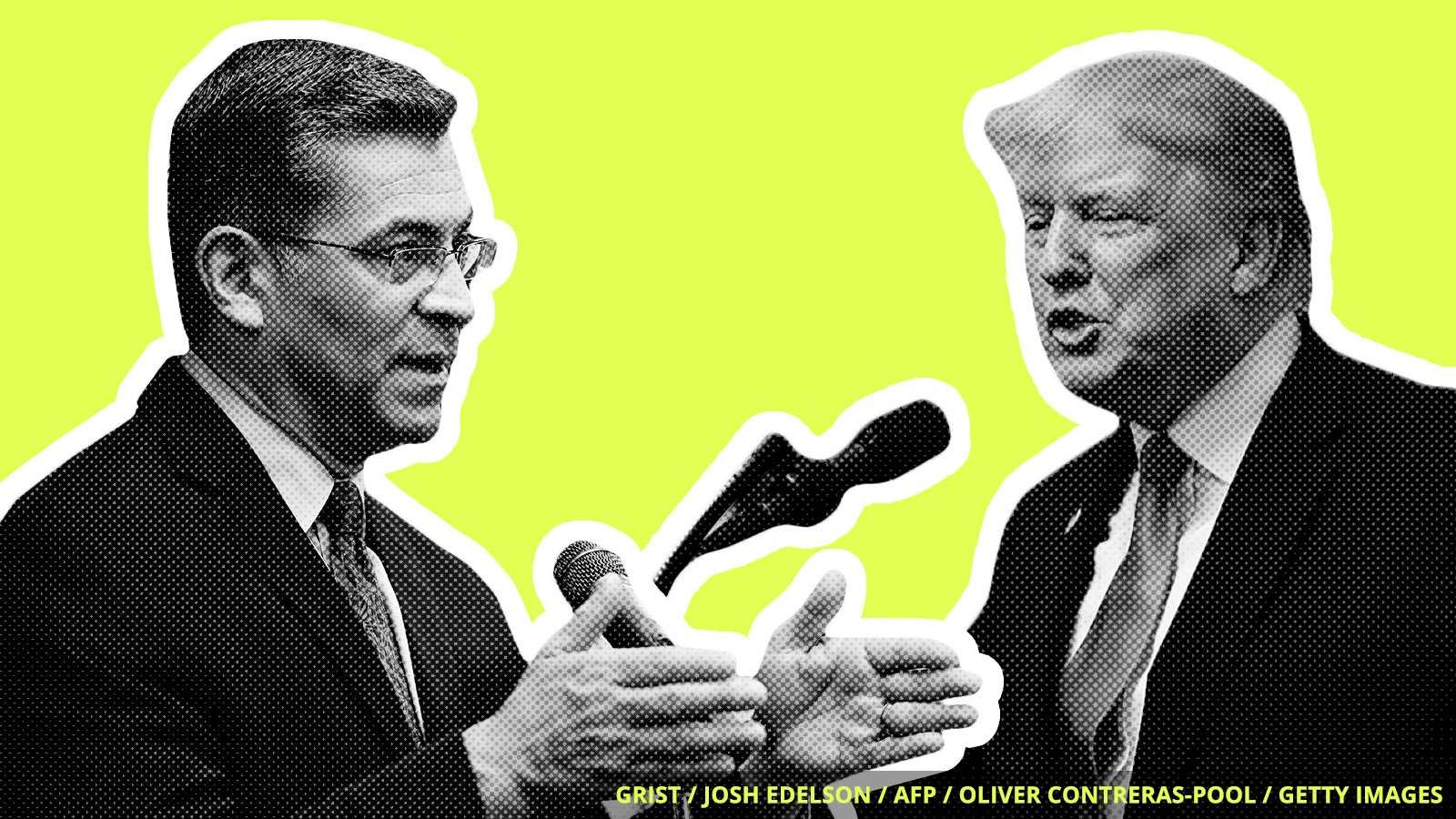 During his last days in office, President Obama proposed a rule intended to reduce the amount of methane that vents, leaks, and flares from drilling operations on federal and tribal land by up to 35 percent. It was a pretty important proposal considering methane is a greenhouse gas almost 90 times better at trapping heat than CO2 in the short-term. The regulation never went into effect — President Trump and his band of merry deregulators officially rolled the proposed rule back on Tuesday.

But wait! Attorney General Xavier Becerra, climate champion and perpetual thorn in Trump’s side, isn’t ready to give up the methane fight yet. He’s teamed up with the California Air Resources Board and New Mexico Attorney General Hector Balderas to file suit against the Trump administration for repealing the Waste Prevention Rule. The move came mere hours after the reversal was announced.

“We’ve sued the Administration before over the illegal delay and suspension of this rule and will continue doing everything in our power to hold them accountable for the sake of our people and planet,” the Golden State AG said.

By now, filing a lawsuit against 45 is just another day at the office for Becerra and his team. As of June, Becerra has sued the administration 35 times — including more than 20 distinct environmental lawsuits aimed at stopping Trump’s efforts to destroy the planet.

And this won’t be the first time Trump’s efforts to let methane flow freely from drilling operations meet legal pushback. A judge blocked an attempt to delay the regulation in February, arguing that the Bureau of Land Management hadn’t justified why it needed to suspend the rule.

Alas, Trump has now effectively reversed the Obama-era rule, which would have actually saved the U.S. $188 million a year. We’ll see whether Becerra’s swift legal footwork can bring those potential savings back!

In the wake of the slow, horrific devastation of Hurricane Florence, the death toll has risen to at least 37, roads remain impassable, and the Southeastern deluge will likely get worse. North Carolina Governor Roy Cooper pleaded with evacuees to not return to their homes. “I know it was hard to leave home, and it is even harder to wait and wonder whether you even have a home to go back to,” he said, addressing the 10,000 people in shelters and countless more staying elsewhere. As far as Trump’s response, this morning he visited the state and made a vague promise of more aid: “Unfortunately, the money will be a lot but it’s going to come.”

In an event that was closed to the media, Secretary of Interior Ryan Zinke said that the government should work for the oil and gas industry, according to a tweet from the Land Oil and Gas Association. As Mother Jones reporter Rebecca Leber pointed out, Zinke’s staff members do work for the oil and gas industry — in fact, his former deputy chief of staff, who was responsible for leading an effort to open up public land to development, just took a new job with the oil giant BP.

Last week, a gas system explosion outside of Boston, Massachusetts, injured up to 25 people and killed one person, caused damage to dozens of homes, and led to large-scale evacuations. A resident is filing a class action lawsuit against the utility and claims that the infrastructure was “poorly maintained, antiquated, obsolete, and highly dangerous.”