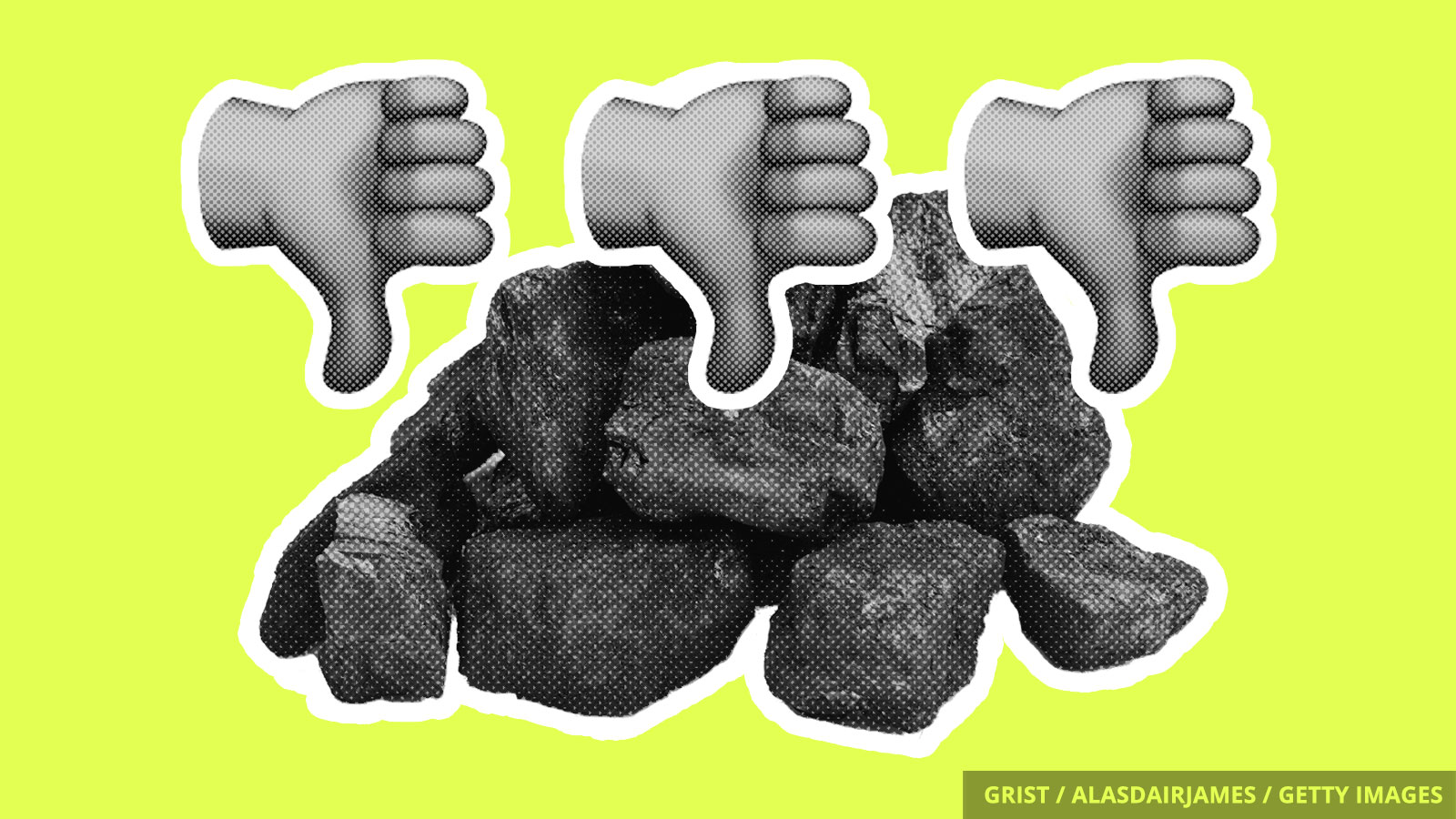 The electric power sector’s obsession with coal is waning — natural gas, a fuel that emits less CO2 but releases boatloads of methane, is the next big thing. That means the industry isn’t producing as many carbon emissions. I know, I know, this isn’t really gonna cut it as we hurtle toward a significantly hotter planet. But check this out.

The decline in CO2 emissions from the power sector in 2017 — 4.6 percent — was enough to offset greenhouse gases produced by all other business sectors. That’s according to a recent report from the Department of Energy. We can thank natural gas and renewables like wind and solar for the dip in CO2, but less demand for electricity (yes, demand is dropping!) is also a factor. So really this was a team effort. Good work, everyone.

Electricity sales are the lowest they’ve been in around a decade, in part because weather overall is getting milder, the report says. Warmer winters mean less heat. The report also notes that cooler summers mean Americans are using less electricity … to which I say: what?? We just had the fourth warmest summer on record and the hottest summer since 2012.

Despite the Department of Energy’s apparent heat-induced amnesia, this report is, overall, buoying. CO2 emissions in the U.S.A. are now 14 percent lower than they were in 2005. Huzzah!

In a logical universe, putting up solar and conserving energy would save money. However, in the universe of the Tennessee Valley Authority, electricity customers will be charged a fixed fee, regardless of how much electricity they use. On Thursday, five environmental groups sued the TVA over this plan. It’s a familiar story — in April, Alabama’s state utility company was sued for charging unjust fees for small-scale solar users, as Grist reported.

This week, many U.S. schools opened their doors, only to soon shut them. As a blistering heat wave plagues the East Coast, schools in at least five states have been forced to close or dismiss students early. As we wrote yesterday, drinking fountains in Detroit schools were shut off due to lead and copper levels. Environmental and climate issues often disproportionately impact the most vulnerable — and this week, that group has been public school children.

This morning, an uncontained wildfire burned in Northern California, causing a highway to shut down, as reported by Reuters. The fire began on Wednesday in the Shasta-Trinity National Forest canyon and has already scorched 22,000 acres. No casualties have been reported, though motorists had to flee by foot to escape the blaze.

We’re looking for an eager and willing Seattle resident who wants some guidance in giving up their car to be in our next video! We’d love to hang out with you for a day and help you de-car your lifestyle. We’ll even buy you coffee, which we hope is not considered a bribe in journalism. Please email eandrews@grist.org or DM @eefandrews or @grist on Twitter if you’re interested.