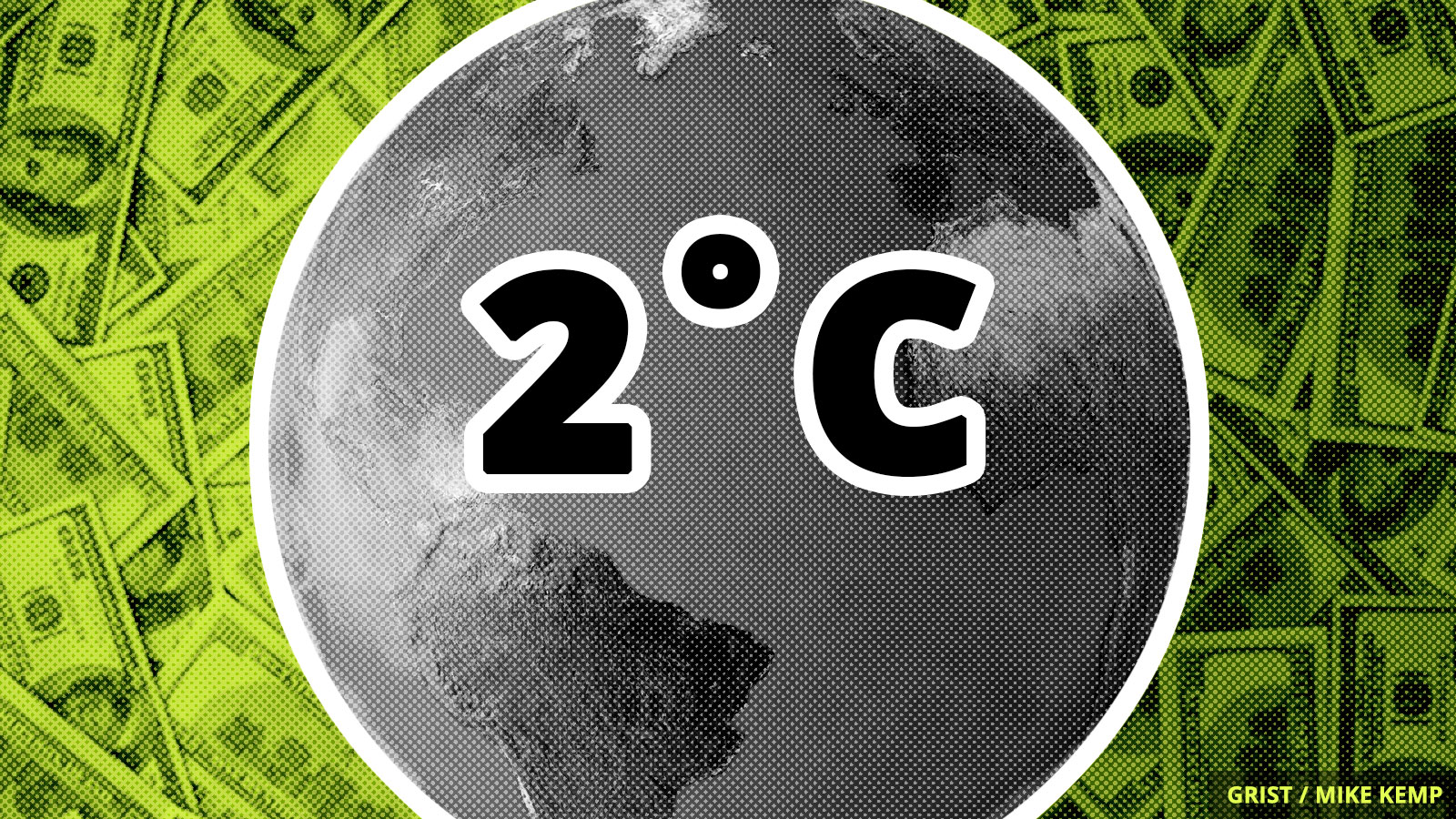 In a report published yesterday, the Global Commission on the Economy and Climate — an international group of policy experts, government heads, and business leaders — says taking bold action now could result in trillions in economic benefits over the next decade. Continuing with a business-as-usual approach means we miss out on $26 trillion. And the study says that’s a conservative estimate!

“Unless we make a decisive shift, by 2030 we will pass the point by which we can keep global average temperature rise to well below 2 degrees C,” the authors of the study noted in their key findings.

In order to stay under the 2 degree C warming threshold, we have to make significant changes. The report identified five main areas for improvement: “energy, cities, food and land use, water, and industry.” According to the findings, things like switching to a sustainable agriculture system and improving urban planning can make big difference. The report also says governments should put a stiff price on carbon — $40-80 per ton. Putting a fee on pollution could result in $2.8 trillion in revenue in just the next two years.

But money isn’t the only thing we stand to gain from limiting global warming to under 2 degrees. The report shows that women can take the lead in keeping the planet livable.“It’s sort of exciting and overwhelming, just how much opportunities there are for women,” says Molly McGreggor, one of the lead authors of the report.

A shift to renewables also means 700,000 less premature deaths from air pollution by 2030. And greener investments could create 65 million new jobs over the same time period.

There you have it, folks! Going green makes money, generates jobs, and saves lives. What’s not to love?

I’m going to state an unpopular but completely true opinion: Summer is the worst season. This year, it was the fourth worst summer of all. According to a recent report by the National Oceanic Atmospheric Administration, this summer was the fourth hottest summer on record, tied with the summer of 1934.

In the most recent iteration of a disturbing pattern, the EPA removed language on climate change from the final draft of an impact assessment of the “Affordable Clean Energy” proposal. After cutting hundreds of words related to climate change, the acknowledgement of climate change now amounts to “a paragraph that vaguely mentions the threat of greenhouse gases,” according to Mother Jones.

Thousands of students in Detroit were met with a bleak first day of school announcement: Students can only drink from supplied drinking coolers and bottled water. The drinking fountains in Detroit schools were shut off due to elevated levels of lead and copper, as reported by AP. There is no federal law requiring the testing of drinking water in schools, so other schools may unknowingly be in the same position.

On Tuesday, Boston city councilmember Ayanna Pressley beat 10-term U.S. Representative Michael Capuano in the Democratic primary for Massachusetts’ 7th Congressional District. If she wins the general election in the fall, she’ll become the first black woman to represent the state in Congress. Pressley is a member of our 2016 Grist 50 — our list of 50 people working on solutions to some of humanity’s biggest challenges. Read about Pressley’s vision for a green future here.