It’s Monday, October 28, and Canadian kids are suing their government for their right to a livable planet. 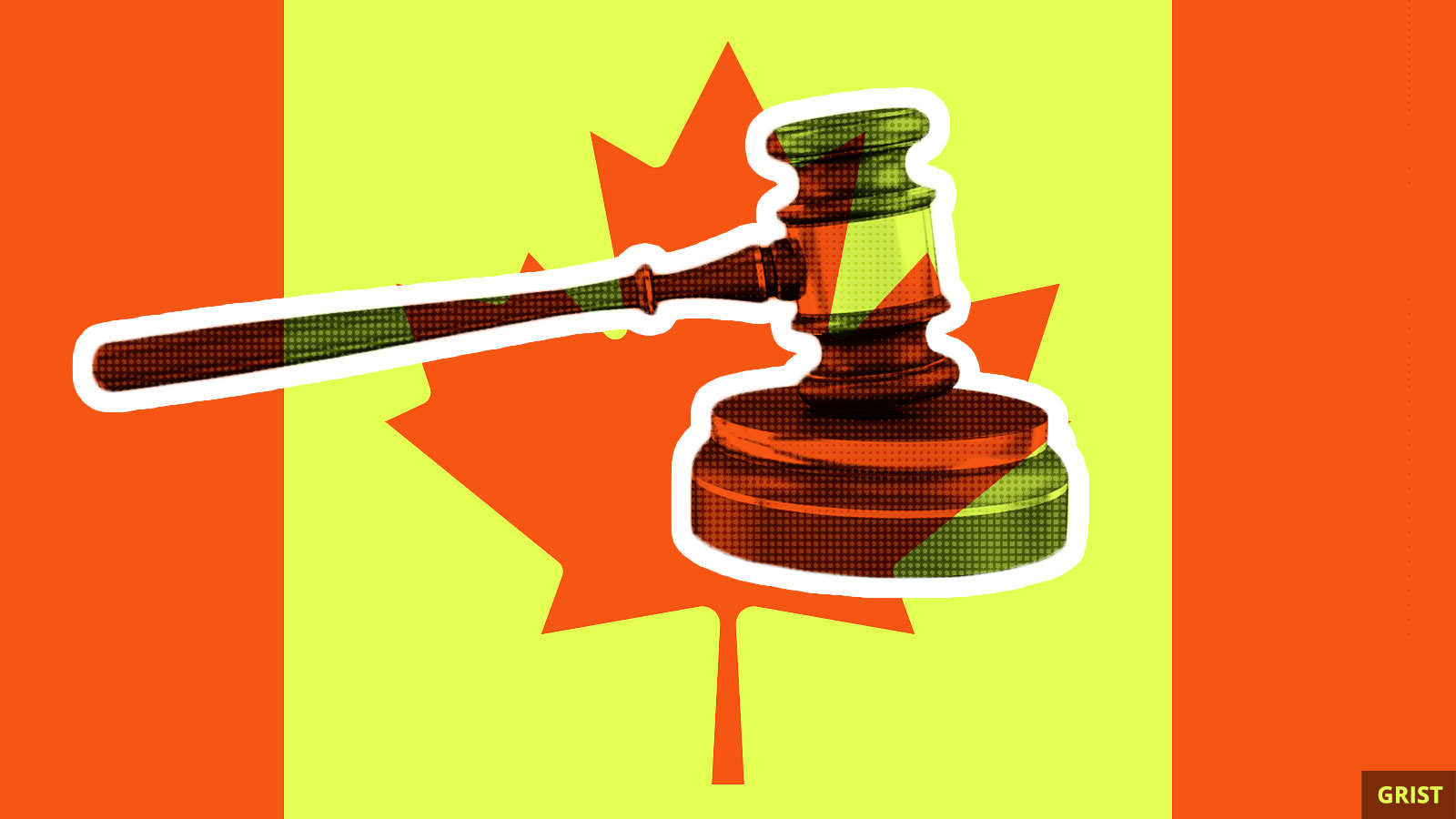 On Friday, 15 young people from Canada filed a lawsuit against their federal government for failing to take action to stop climate change. The suit, called La Rose v. Her Majesty the Queen, claims the Canadian government has violated young people’s constitutional right to “life, liberty, and security of the person” by permitting — and contributing to — climate crisis-inducing fossil fuel emissions.

“We want to stand up now and say that our future matters to us,” said 17-year-old Sierra Robinson, one of the plaintiffs. “We want our voices to be heard, and we want our climate to be protected for us in the future.”

The alleged infractions might sound a little philosophical, but a legal victory would be very concrete. The plaintiffs are asking the courts to order the federal government to “develop and implement an enforceable plan” to curb greenhouse gas emissions based on the best available science.

The young Canadians, all between the ages of 10 and 17, aren’t the first kids to try and use the courts to make their government take action. A group of 21 American kids filed a similar lawsuit in 2015 that’s still tied up in appeals. And just last month, a group of young people — including Greta Thunberg of climate strikes fame — filed a petition against five countries for violating the U.N. Convention of the Rights of the Child by not doing enough to stop climate change.

The Kincade Fire in Sonoma County is now almost twice the size of San Francisco and has forced the evacuation of almost 200,000 people. Meanwhile, nearly 3 million faced fire-prevention blackouts over the weekend as hurricane-force winds battered California, and a separate fire is forcing evacuations in West Los Angeles. More windstorms are predicted to arrive on Tuesday, possibly bringing more power outages and stoking the wildfires.

A secret agreement has allowed the construction industry to prevent changes to building codes that would require new houses to be more energy-efficient and flood-resilient, according to the New York Times. The deal guarantees homebuilders a certain number of seats on committees that set widely adopted building codes.

The U.S. government has lost billions of dollars in revenue to fossil fuel companies due to a loophole in an old, poorly written law, according to a recent report. As a result, some of the largest oil companies, including ExxonMobil, Chevron, and BP, have dodged paying some $18 billion in oil and gas royalties since 1996.

Hate the sin, love the senators