It’s Friday, October 25, and the Senate is getting a climate team. 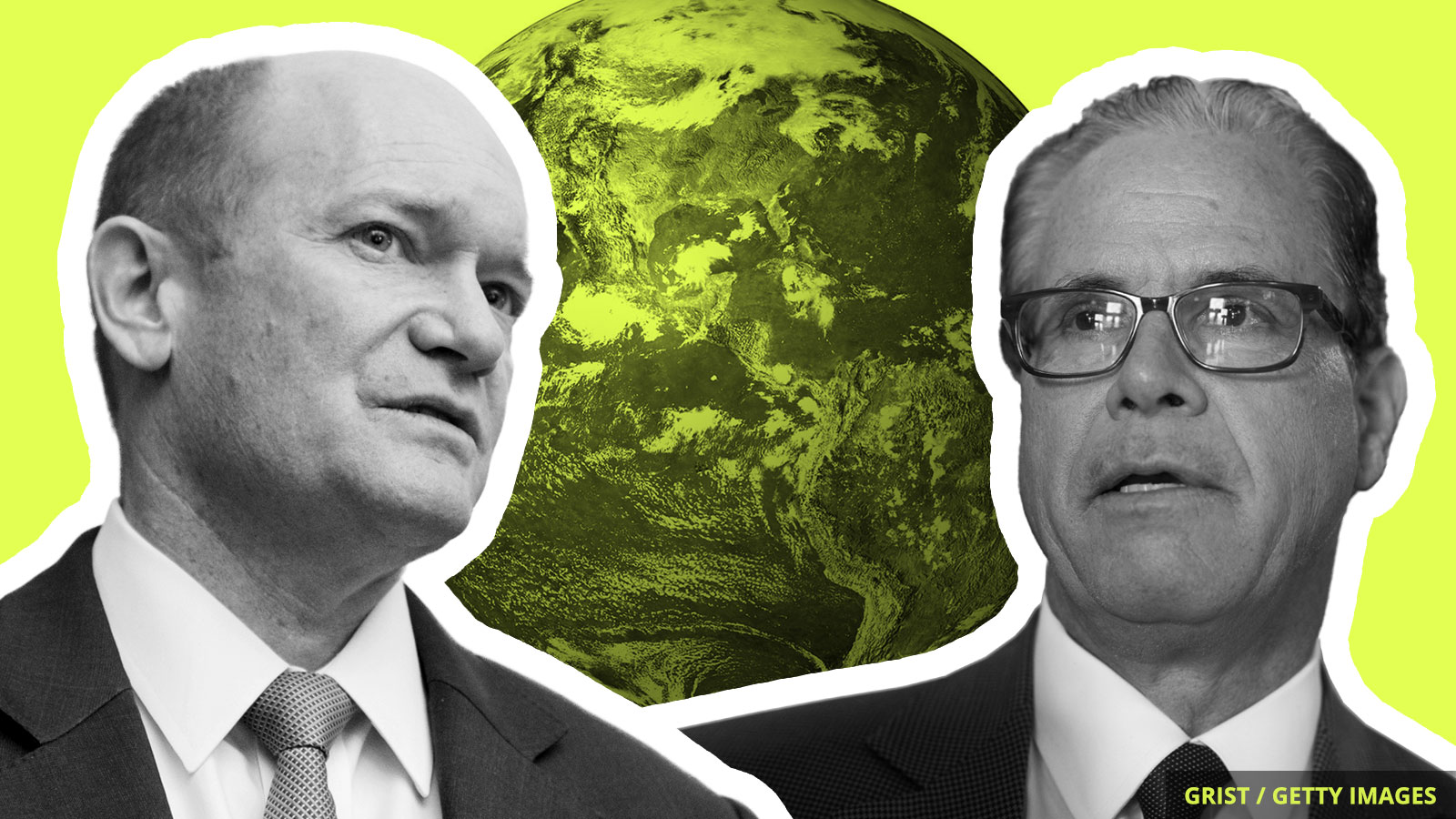 The U.S. Senate isn’t the first place you’d look to for action on climate change these days, but that may soon start to change. This is not a hoax: The upper chamber is getting its first ever bipartisan climate caucus.

The Senate Climate Solutions Caucus was introduced on Wednesday by Senator Mike Braun, a Republican from Indiana, and Senator Chris Coons, a Democrat from Delaware. The senators said they decided to launch the initiative after constituents in their respective states raised concerns about climate change. With an equal number of Republicans and Democrats, the caucus will focus on educating senators about climate science, discussing policy, and, ultimately (fingers crossed), find some common ground between the two parties that will lead to action.

The new caucus comes along as a similar initiative in the House, also called the Climate Solutions Caucus, is falling apart at the seams. The group has only had one meeting during this Congressional term, and its Republican co-chair, Representative Francis Rooney from Florida, recently announced he’s retiring — leaving the group off kilter.

Braun and Coons are still psyched about introducing their Senate caucus. And Senator Lisa Murkowski, a top energy panel Republican from Alaska, has already announced that she plans to join the group, an indication that the party’s leading conservatives are taking this thing seriously.

Onward, senators. Let’s see what ya got.

Two former ExxonMobil scientists testified in Washington, D.C. this week about how the oil giant shut down their research into the threat of climate change 40 years ago. The testimony came as Exxon went on trial in New York for allegedly deceiving investors about the costs of carbon emissions.

Pacific Gas & Electric Company says another round of power outages could affect people in at least 30 counties this weekend. That’s after planned outages that left more than 500,000 people without power on Wednesday. Meanwhile, PG&E told state regulators that broken equipment might have sparked a fast-moving wildfire in Sonoma County that has forced thousands of evacuations.

A new report from the U.S. Army paints a grim picture of life in the U.S. within the coming decades. The report’s authors, senior U.S. government officials, urged the Pentagon to prepare for the possibility that the climate crisis could cause power, water, and food systems across the country to collapse.