It’s Tuesday, January 15, and a major bank is saying no to funding Arctic drilling. 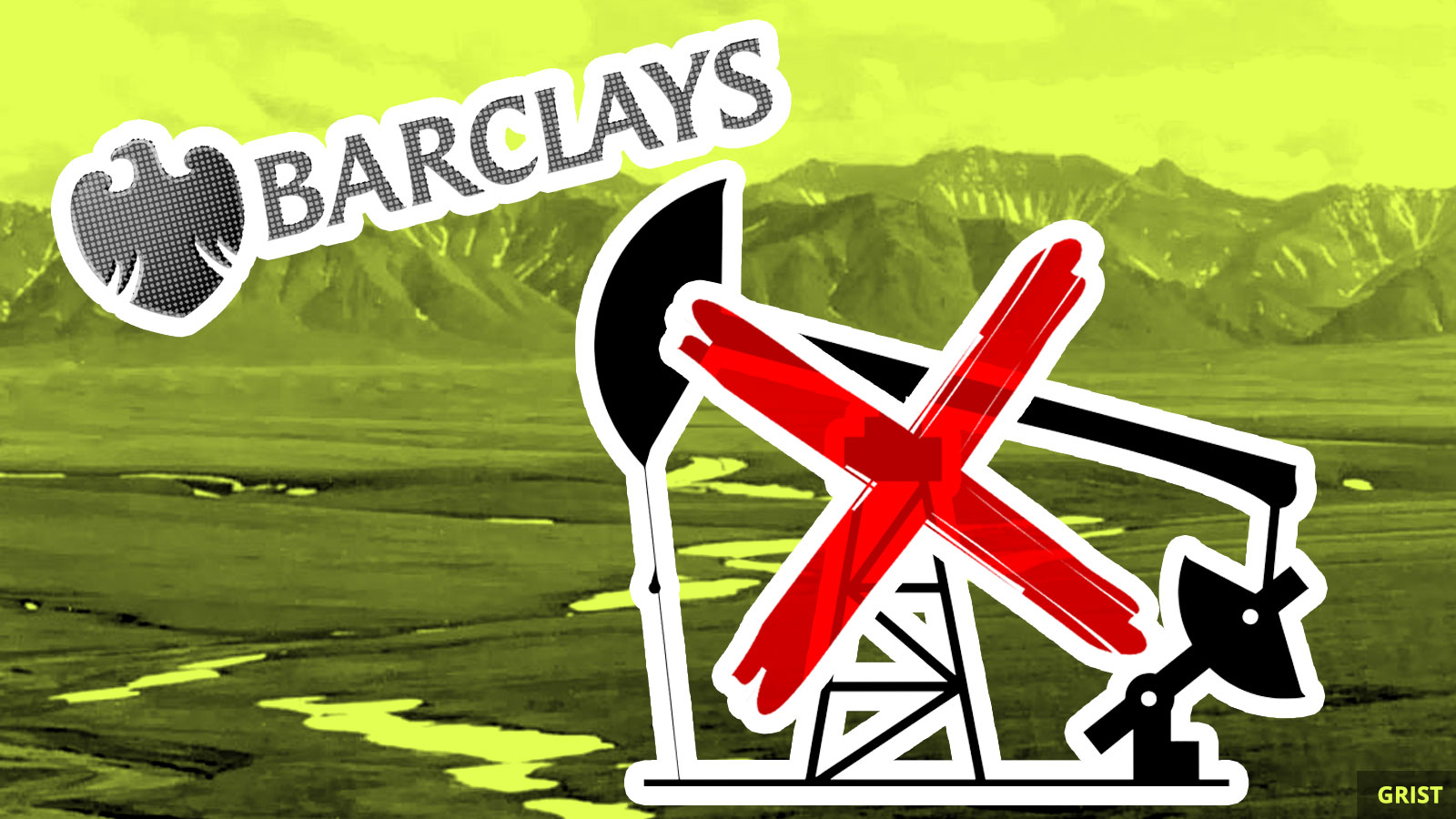 International banking giant Barclays will likely reject opportunities to finance oil and gas drilling in Alaska’s Arctic National Wildlife Refuge. According to the new policy announced on Monday, clients pursuing oil and gas drilling efforts will face “enhanced due diligence” — a thorough investigation of their riskiness. This will make it all the more difficult for projects to meet the bank’s new criteria.

Barclays is not the only U.K. bank to lay out climate change-based rules for how it will conduct business with companies involved in carbon-heavy industries, such as oil and coal. HSBC, RBS, and Lloyds outlined their own environmental commitments last year.

“Major financial institutions are beginning to stand with the overwhelming majority of Americans and doing what the Trump administration refuses to do: protect the Arctic Refuge,” Lena Moffitt of the Sierra Club said in a statement. (Meanwhile, the Trump administration is going out of its way to make sure the partial government shutdown doesn’t interrupt plans for offshore drilling.)

However, some environmental groups criticized Barclays for not going further and explicitly cutting ties with coal and tar sands extraction projects. In a statement, Greenpeace said Barclays’ new policy would put it “on the wrong side of history” if it doesn’t pull out of all current financing.

Antarctic glaciers are melting at an unprecedented rate. A study published on Monday in the Proceedings of the National Academy of Sciences found that Antartica has lost 252 billion tons of ice per year since 2009. Compare that to the 40 billion tons of ice lost each year between 1979 and 1989.

The Environmental Protection Agency has hit a 30-year low in the number of pollution cases it has referred for criminal prosecution, according to Justice Department data. It doesn’t help that under the current partial government shutdown, pollution inspectors are unable to perform their jobs.

Neomi Rao, President Trump’s nominee to replace Supreme Court Justice Brett Kavanaugh on the federal bench, isn’t just a climate denier — she’s also questioned the existence of racial and sexual discrimination and wrote that sexual assault survivors are partially to blame for date rape. Rumor has it she’s also on Trump’s shortlist for the Supreme Court.

The Everglades find an unlikely ally