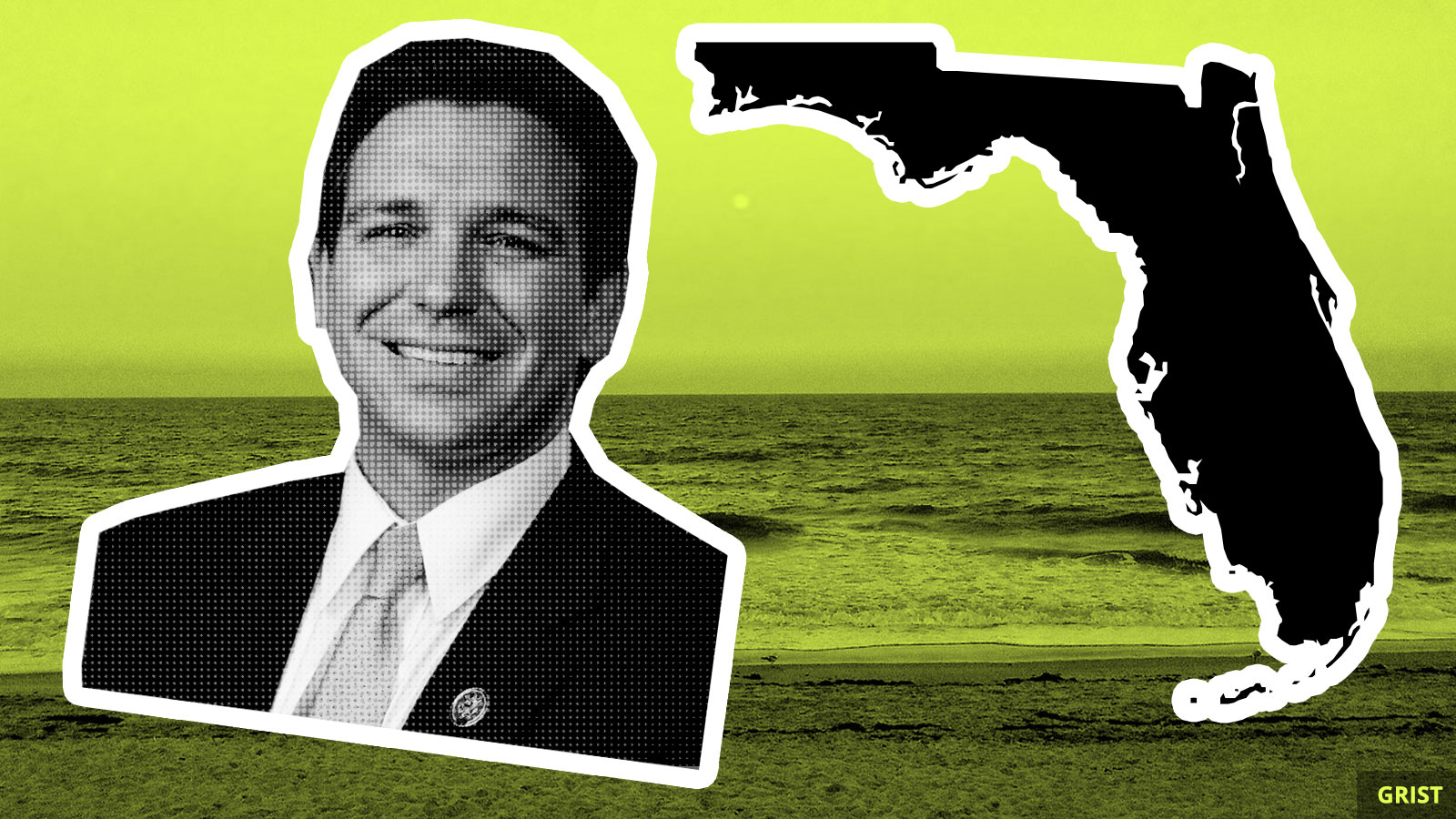 The governor’s order would allocate $2.5 billion over the next four years for Everglades protection and restoration and create an office of resiliency to “help prepare Florida’s coastal communities and habitats for impacts from sea level rise,” according to the order. It would also “take necessary actions to adamantly oppose” offshore drilling and fracking.

Great news, right? But it might not augur the start of an all-out assault on climate change. At a press conference on Friday, when DeSantis was asked whether he agrees with the science that shows humans cause climate change, he responded: “Next question.”

Still, environmental groups and state officials are giving DeSantis credit for prioritizing environmental action. State Senator Bill Montford, chair of the Senate Committee on Environment and Natural Resources, applauded DeSantis’ move. “As a Democrat, it’s very encouraging,” he told the Tampa Bay Times. “Let’s roll up our sleeves and get some work done.”

In Florida’s Miami-Dade County, tens of thousands of septic tanks are failing as a result of sea-level rise, which is literally pulling the earth out from under the tanks. A new report by the county estimates that by 2040, roughly two-thirds of the county’s septic tanks could have yearly issues.

Does radioactive waste by any other name make people less sick? The U.S. Department of Energy is proposing to reclassify radioactive waste left from the development of nuclear weapons in order to avoid cleaning it up. That includes waste at the Hanford nuclear reservation in Washington state, the most contaminated nuclear site in the country.

The Pentagon has hired a scientist, who may not believe hazardous chemicals are all that bad, to help fight state and federal chemical regulations. Just a year ago, Michael Dourson withdrew from consideration for a job at the EPA following opposition to his work downplaying toxic chemical risks. Dourson will lead a study on the same class of chemicals that his previous (widely debunked) research suggested was safe.