It’s Thursday, July 5, and batteries are giving renewables a leg up over coal. 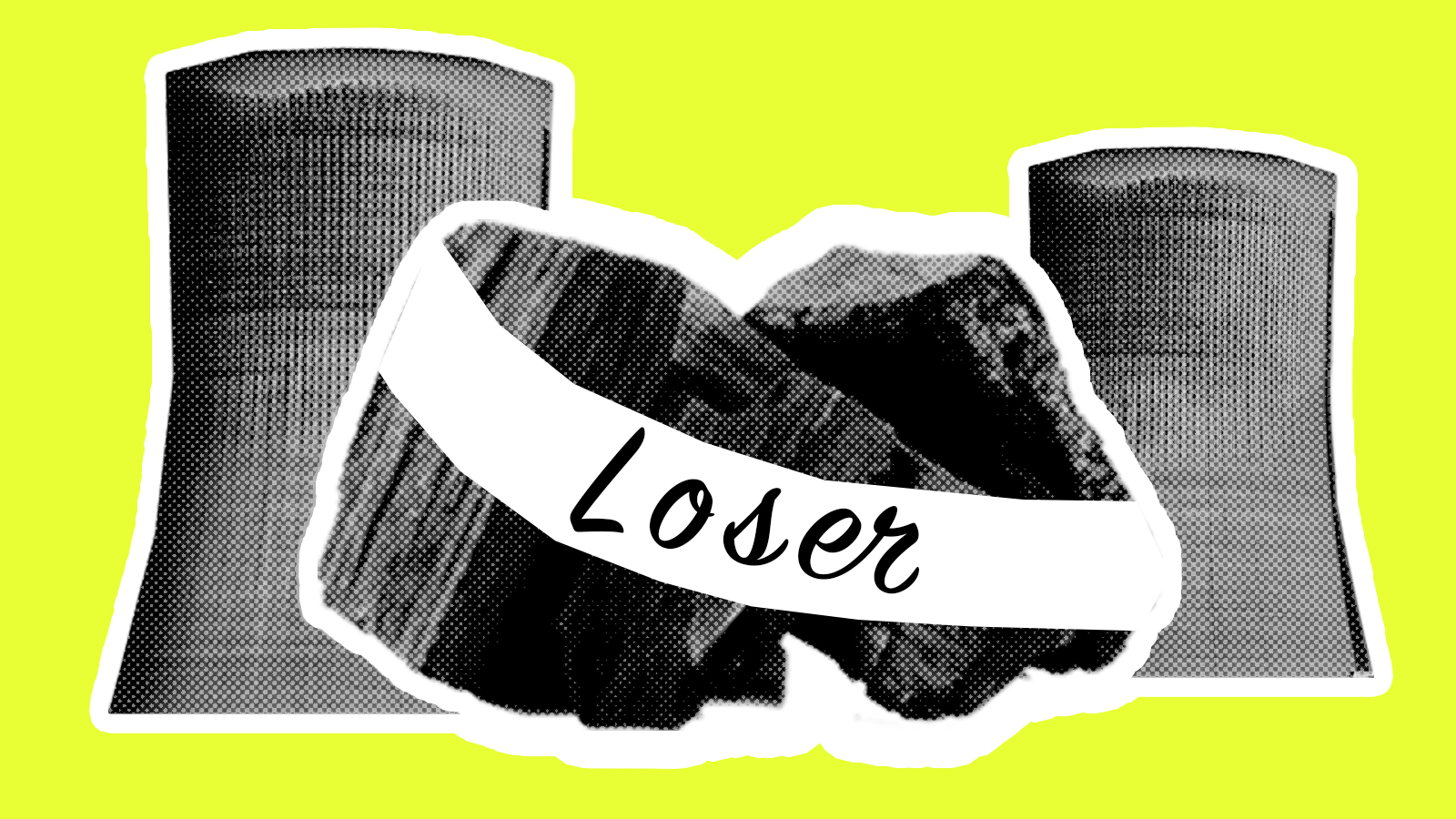 In China, batteries are powering up to dethrone king coal: A new report shows wind and solar will be cheaper than electricity from the country’s old coal plants by 2028. That’s a pretty big freakin’ deal! China currently consumes almost as much coal as the rest of the countries on Earth combined.

How can renewables possibly undercut coal? The cost of lithium-ion batteries has nosedived 79 percent since 2010, so it’s becoming more cost-effective for grid operators to incorporate renewables into their energy mix. And the price of batteries is expected to continue falling, according to a Bloomberg New Energy Finance report. That has far-reaching implications, not only for China, but the rest of the world as well.

By 2050, according to the report, wind and solar will supply half of the world’s electricity, and coal will comprise just 11 percent of our energy mix (down from 38 percent now). The clean energy outlook in the U.S. looks hopeful: Wind and battery-backed solar will be more competitive than gas in fewer than 10 years. But Europe is really leading the renewables charge: The report predicts renewables will provide the continent with 87 percent of its power 30 years from now.

Whew! That’s a lot of stats. The takeaway is that batteries are getting cheaper, which means transitioning to renewables is getting easier. HOWEVER, we’re still not on track to meet the targets laid out in the Paris agreement! As analysts point out, even if coal disappears by 2035, oil is still alive and well — which means if we can’t free ourselves from it, we’re still headed toward locking in more than 2 degrees C of warming.

The Northern Hemisphere was so hot over the last week that this weather map looks like it got a really bad midriff sunburn. Heat domes everywhere, from Canada to the Middle East to northern Siberia, were breaking records. The Jonas Brothers said it best, “Baby who turned the temperature hotter? Cuz’ I’m burnin’ up, burnin’ up.” But you know who isn’t mad about it? Electricity companies — the days-long U.S. heat wave spiked energy demand, as Americans struggled to keep cool.

A Green Climate Fund meeting went so poorly that its executive director literally quit afterward. I can’t help but take that as a bad sign. Members had hoped that they could come up with a plan to send billions of dollars to poorer nations to help them adapt to climate change. The project has faced a number of setbacks, including when our dear ol’ president described the fund as a waste of taxpayer dollars and promptly pulled the U.S. out of the effort.

The Great Barrier Reef isn’t too keen on these heat waves either. Scientists say that if greenhouse gas emissions don’t drop, like, now, the reef could face mass bleachings every two years. They went on to describe this as a “death certificate” for one of the seven natural wonders of the world.

houston has a problem

The latest evidence that anthropogenic climate change is in the process of becoming sentient: Natural disasters are starting to have a profound sense of irony. As if Hurricane Harvey weren’t enough, after eight inches of rain in 12 hours on Wednesday, the letters H-O-U-S-T-O-N floated away from the city’s Fourth of July celebration … which was canceled due to flooding. 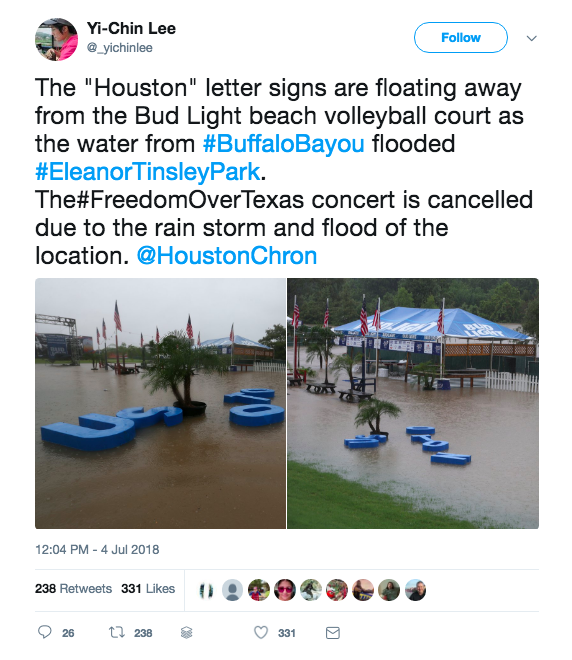 The biggest battery in the world could be built in California