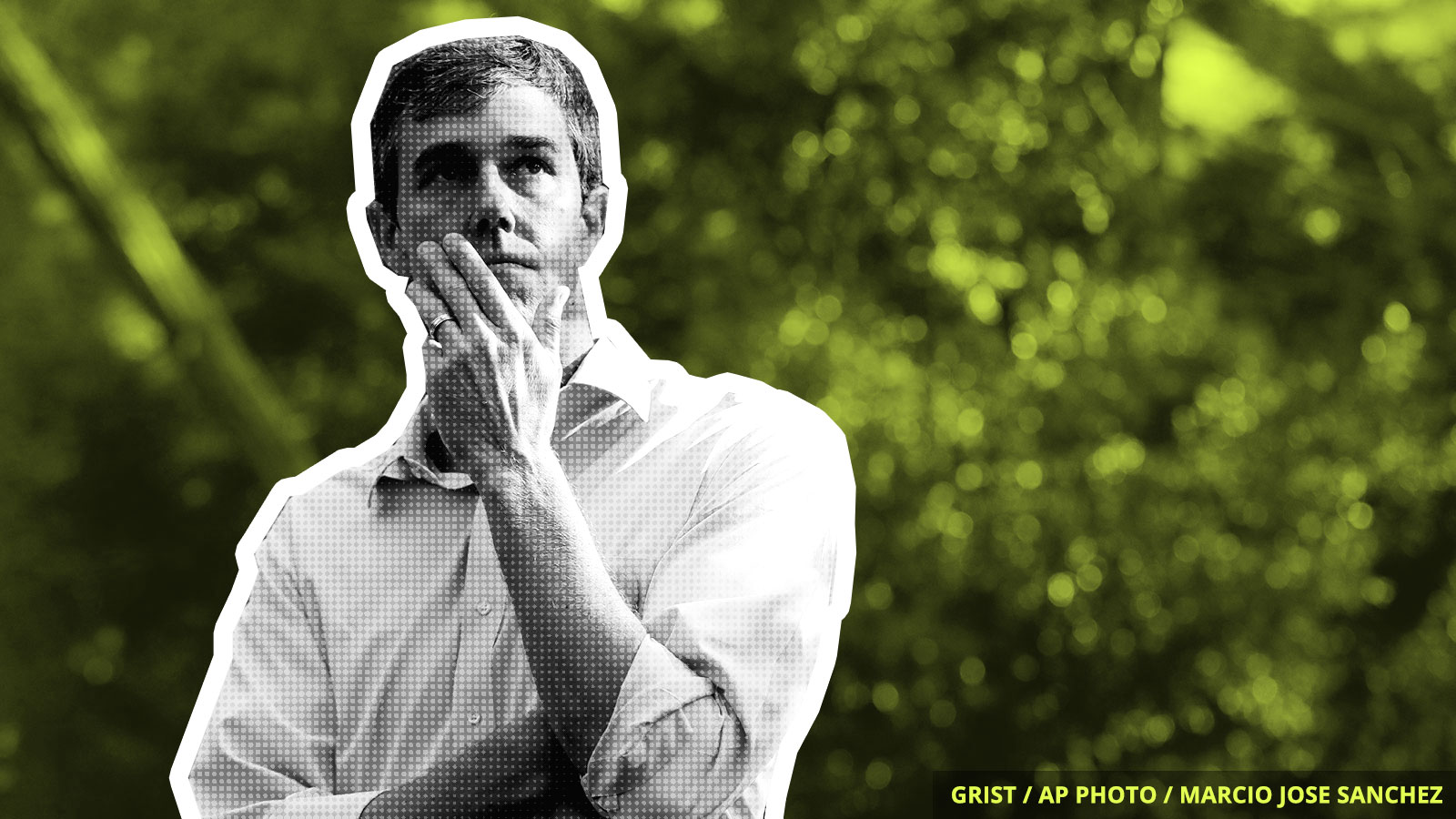 Not to be outdone by Senator Elizabeth Warren’s public lands bill or Senator Cory Booker’s environmental justice proposal, Beto O’Rourke announced a $5 trillion climate plan on Monday. The presidential hopeful from El Paso, Texas unveiled what he modestly called “the most ambitious climate plan in the history of the United States” in a 40-second Twitter video, gesticulating wildly on a backdrop of luscious flora in Yosemite Valley, California.

The meatiest portion of the former Texas congressman’s plan is that investment bit. He plans to propose a bill that would invest $1.5 trillion in innovation, infrastructure, and “people and communities,” which will mobilize a total of $5 trillion to spend on mitigating climate change over the span of a decade. The money would be parceled out for different initiatives: tax incentives to bring existing green technologies to scale, researching and developing new ways to bring down greenhouse gases, housing and transportation grants, and more.

How will he pay for it? Good question. The massive investment would be funded through changes to the country’s tax code. Corporations and the wealthiest citizens would have to pay their “fair share,” and O’Rourke said he would put an end to the billions fossil fuel companies receive in tax breaks. He promised that, if elected president, this would be the very first bill he’d send to Congress.

Cyclone Kenneth continues to lash Mozambique with rain, worsening the floods. The East African country is still grappling with the deadly fallout from Cyclone Idai in March. Flooding from the most recent storm is making it difficult for emergency responders to reach survivors. The death toll, currently at 38, is likely to rise in the coming days.

After a court ruling put a pin in the Interior Department’s plan to drill for oil in the Atlantic ocean, the department’s head, David Bernhardt, said offshore drilling would be put on hold indefinitely. So why is his agency still processing permits for seismic testing? If these permits are ultimately approved, companies could start blasting the ocean floor in search of resources.

Hey, your “biodegradable” plastic bag isn’t as green as you think it is. A study in Environmental Science and Technology took a look at so-called biodegradable bags that had been allowed to “decompose” for three whole years. It found that many of them could still survive a trip to and from the grocery store. That’s right, after three years submerged in salt water or buried in dirt, some biodegradable bags can still hold a load of groceries.