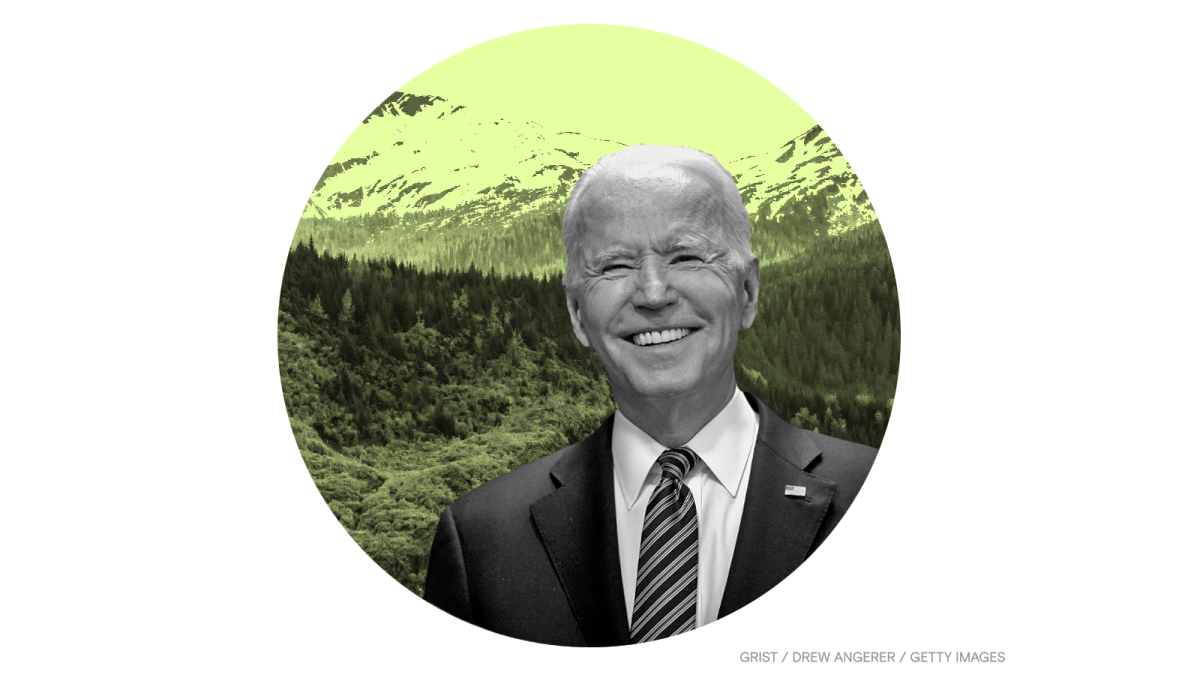 The Tongass National Forest in southeastern Alaska isn’t just home to 800-year-old trees, bald eagles, black bears, pristine rivers, and craggy mountains. The federally protected, 17-million-acre temperate rainforest is also one of the world’s largest carbon sinks. In 2020, less than a month before the presidential election, then-President Donald Trump opened up 9 million of those acres to logging and other development. Now, the Biden administration is moving to reverse that decision.

On Friday, the White House announced that it will repeal or replace Trump’s revision of the “roadless rule,” a 2001 policy that prohibited new roads in the Tongass and other roadless areas in national parks. Logging trees requires cutting large roads through forests to get to the desirable timber and then transport it out. Alaska Republicans, including Senator Lisa Murkowski, had long sought to lift the roadless rule in parts of the Tongass to allow logging. Trump’s revision granted their wish.

The Biden administration will officially publish its intent to revise the rule later this summer before hammering out final plan details over the following two years. Biden could ultimately decide to make some acres available to loggers while protecting others. But it’s clear that the entire 9 million acres that Trump wanted to open up — more than half of the national forest — are no longer on the table.

The Biden administration’s decision to suspend new oil and gas leases on federal lands in order to assess the leasing program’s climate impacts was nixed by a federal judge in Louisiana yesterday. The judge ordered lease sales to continue in the Gulf of Mexico and Alaska waters “and all eligible onshore properties.”

A recent analysis of 13 agricultural states found that only three have any regulations protecting workers from severe heat. With a majority of U.S. farmworkers being undocumented migrants who are excluded from many labor protections, farmworkers in America die of heat-related causes at 20 times the rate of all other professions.

A new study from researchers at the University of Notre Dame found that more than half of 231 cosmetics commonly sold in the U.S. contain the toxic “forever chemicals” known as PFAS. The federal Food and Drug Administration says the concentration is at low levels unlikely to cause harm to humans, but a bipartisan group of senators introduced a bill this week to ban the use of PFAS in beauty products.