It’s Friday, September 24, and the White House is cracking down on super-pollutants. 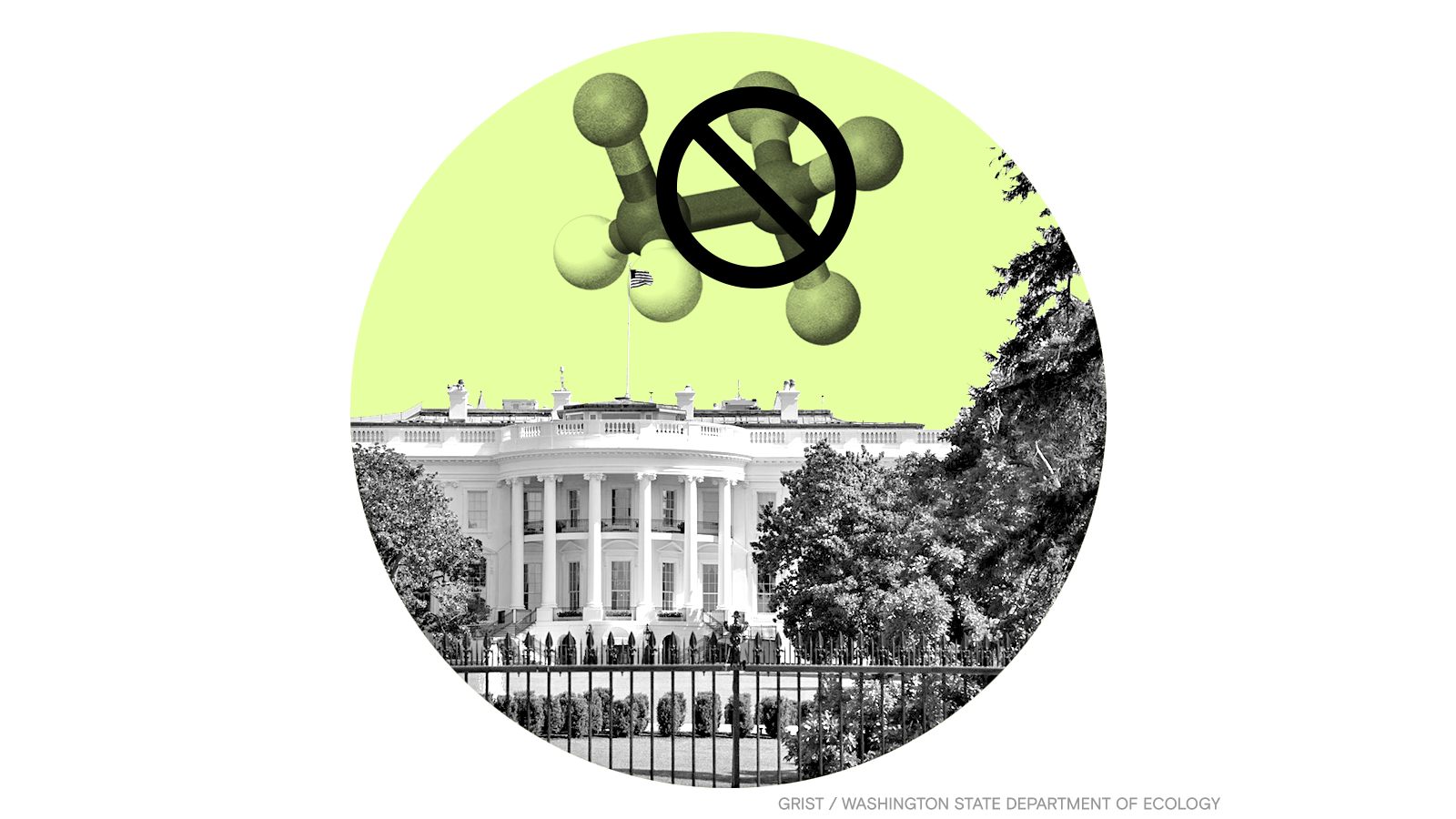 The Biden administration is taking a big shot at the super-pollutants known as hydrofluorocarbons. Yesterday, the administration finalized a new regulation aimed at lowering emissions of the greenhouse gases known as hydrofluorocarbons, or HFCs, by 85 percent over the next 15 years. HFCs are hundreds to thousands of times more potent than carbon dioxide when it comes to warming the atmosphere.

HFCs are used in aerosols, industrial refrigeration, and air conditioners, among other applications. The new rule will require companies to phase in climate-friendlier alternatives. As a result, the White House says the new rule will cut the equivalent of 4.5 billion metric tons of carbon dioxide by 2050.

The new standards put the U.S. on track to meet the goals of the Montreal Protocol, an international treaty to reduce HFCs, ahead of the upcoming United Nations climate summit in Glasgow. They’re also estimated to offer more than $272 billion of economic and public health benefits by 2050.

On Wednesday, the U.S. Bureau of Reclamation released projections for water levels in the Colorado River for the next five years. Due to extreme, persistent drought, there is a 66 percent chance that California will get less water than normal by 2025, and there’s a small chance that a hydropower plant along the river will stop producing power as early as summer next year.

The preliminary results from a joint investigation by the Federal Energy Regulatory Commission and the North American Electric Reliability Corporation show that Texas’ energy policies are largely responsible for the disastrous power outages during February’s winter storm. Regulators said that the state needs to weatherize its power plants and link its grid up with other power grids, as most other states do.

It’s been an unusually busy mosquito season in many parts of the U.S., and experts say the season’s record-breaking storms and above-average rainfall in many states are to blame. Arizona, Arkansas, California, Idaho, New Jersey, and Texas have each reported one to two deaths related to the mosquito-borne West Nile virus so far, and many more states have recorded human cases of the disease.

WHO clears the air