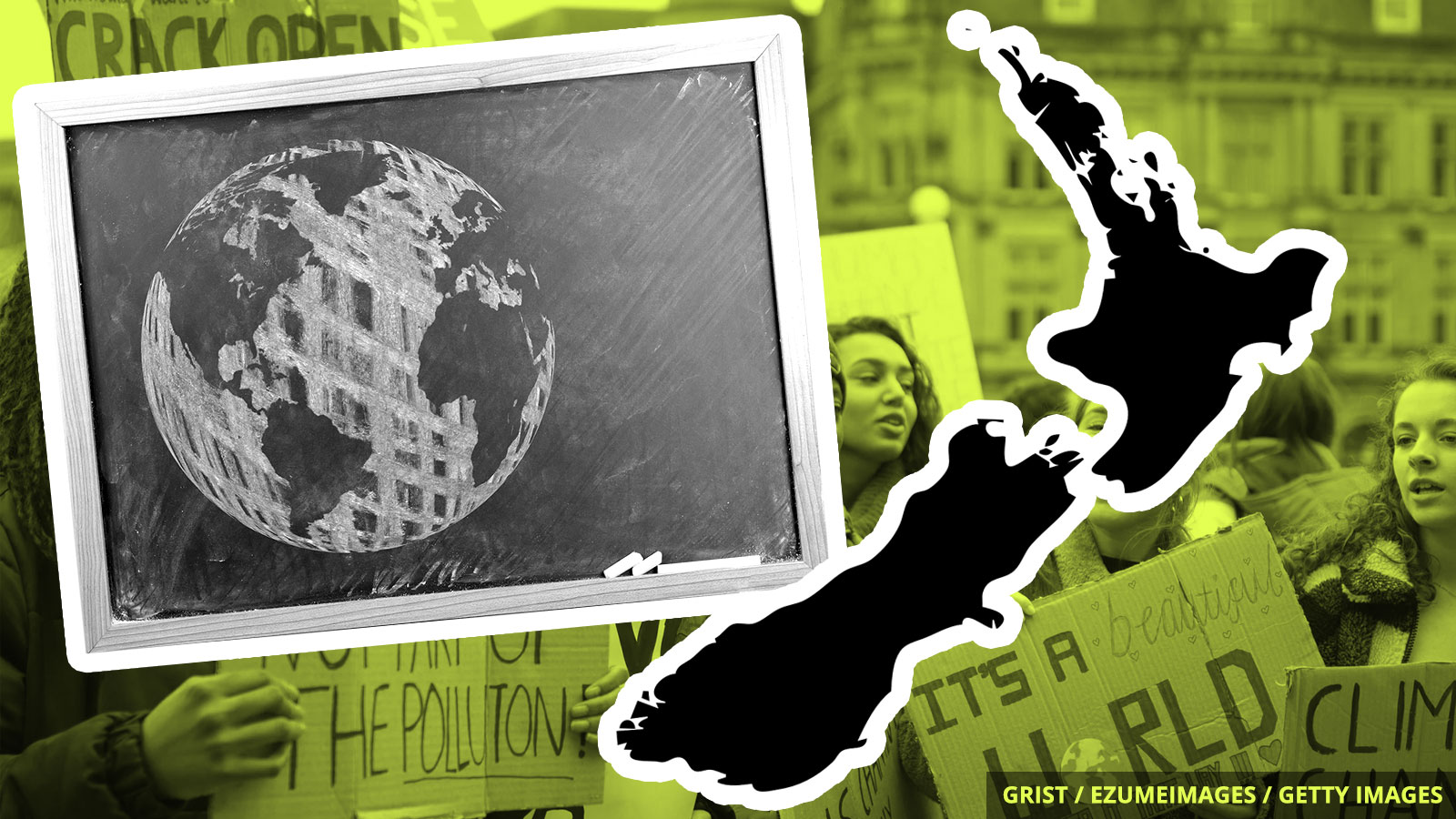 Last year, around the time hundreds of thousands of kids across the globe were taking to the streets to demand climate action, New Zealand passed major climate legislation to bring the country’s greenhouse gas emissions to net zero by 2050. This year, the Pacific island nation is making sure its young people have the information they need to keep speaking up by offering them a curriculum on the climate crisis.

All New Zealand schools that teach 11- to 15-year-old students will now have access to educational resources on climate change developed by the country’s science agencies. The resources include reading materials, audio and video trainings for teachers, and exercises to help students plan their own climate activism and grapple with climate anxiety.

“One of the pieces of feedback we’ve got from teachers around the country is that they’re really crying out for something like this, because kids are already in the conversation about climate change,” James Shaw, New Zealand’s climate change minister, told the Guardian.

Although the curriculum won’t be compulsory, it pushes the country to the forefront of providing education on climate change. Italy became the first country to announce mandatory coursework on climate change in all public schools last fall, and a handful of other countries also have national climate education programs. The 2015 Paris Agreement includes a provision on the importance of climate education, so perhaps the rest of the world will soon follow suit.

A new study found that 2019 was the hottest year on record for ocean temperatures. The world’s oceans have absorbed more than 90 percent of the excess heat trapped by greenhouse gas pollution, and all that heat has harmed fisheries, led to coral bleaching, and contributed to extreme weather patterns.

Emails obtained by the Natural Resources Defense Council reveal that the Department of Justice worked with oil industry lawyers to fight two climate change lawsuits in Oakland and San Francisco. The emails, which were shared with InsideClimate News, show that Justice Department attorneys had several conference calls and meetings with industry lawyers before the DOJ filed an amicus brief in both cases, arguing that responsibility for balancing the nation’s energy needs and climate risks should be left to the federal government.

While residents of Melbourne, Australia, were advised to stay inside on Tuesday morning due to “hazardous” air conditions caused by smoke from nearby wildfires, the Australian Open qualifying matches continued as scheduled. One player had to abandon her match due to a coughing fit, and several others reported breathing difficulties.