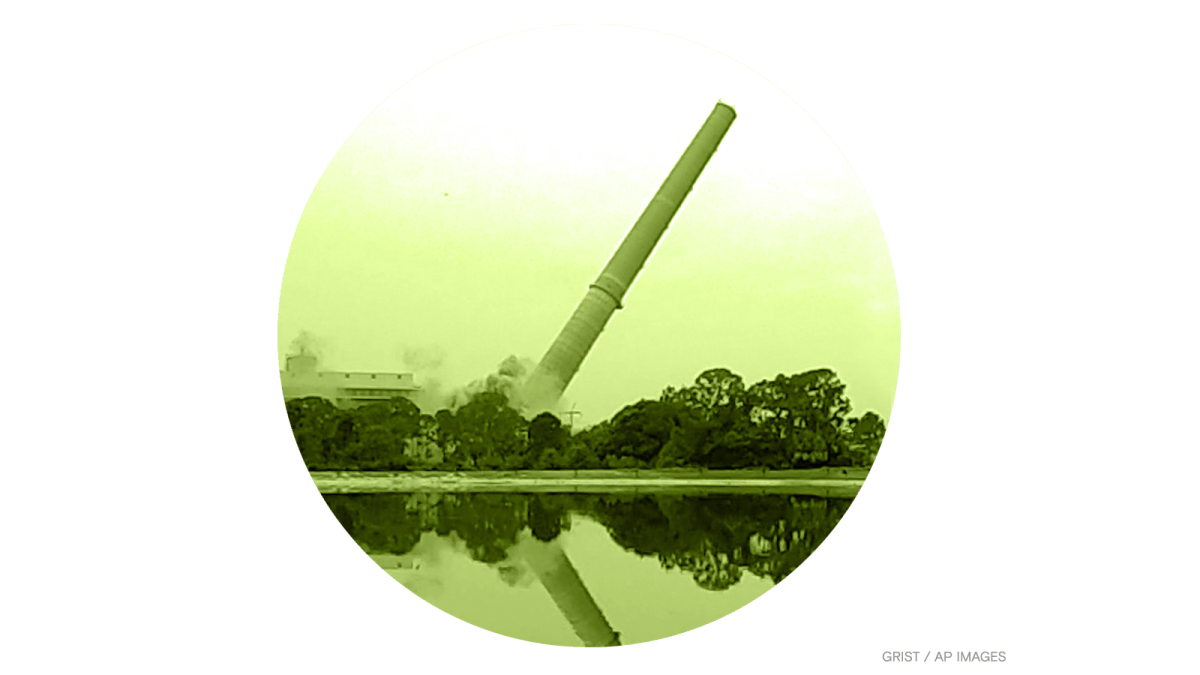 Last week, Florida Power & Light Company blew up its last coal plant and announced it would build a new 75-megawatt solar energy center near the site in Indiantown, Florida.

An almost 500-foot chimney tower and an 800-foot coal chute were imploded using dynamite and explosive-filled copper in a 15-second explosion that could be felt more than a quarter of a mile away.

“Today is about ending one era, and I’m very very happy to announce us ringing in a new era,” said Florida Power & Light President and CEO Eric Silagy at the demolition event.

The company — the largest generator of solar energy in the state, with 41 renewable energy facilities — is 40 percent of the way to its goal of installing 30 million solar panels in Florida by 2030.

Florida is the second-largest electricity producing state in the U.S., after Texas, and less than 10 percent of its power is generated by burning coal. Natural gas, however, provides three-quarters of the state’s power generation. Increasing renewable energy in the state as part of the overall national quest to reduce greenhouse gas emissions will be essential for Floridians. Florida has or will experience almost every negative effect of climate change, from extreme heat and severe flooding to coastal erosion and more frequent hurricanes.

Tropical Storm Claudette left a deadly toll as it dumped heavy rains across much of the Southeastern U.S. over the weekend. As of Sunday night, the storm’s death toll in Alabama was at least 13 people, including nine children who died in a car crash, and rainfall had reached more than nine inches in many cities.

“The next pandemic” could be drought, according to a new United Nations report. Already, 1.5 billion people have been directly affected by drought this century, including millions currently experiencing a megadrought in the Western U.S. In California, water levels are so low that one of the state’s largest hydroelectric power plants, which generates power for 800,000 homes, may have to shut down for the first time since it opened in 1967.

A federal economic relief package intended to alleviate the COVID-19 pandemic’s toll on the workforce helped Marathon Petroleum in Garyville, Louisiana, pocket $2.1 billion — and lay off 1,920 people, or 9 percent of its workforce. The company joined 76 other oil and gas companies that received more than $8 billion collectively from the Cares Act tax refunds while laying off nearly 60,000 employees, according to a report by BailoutWatch.