It’s Friday, February 1, and a new service could change the way big companies package their goods. 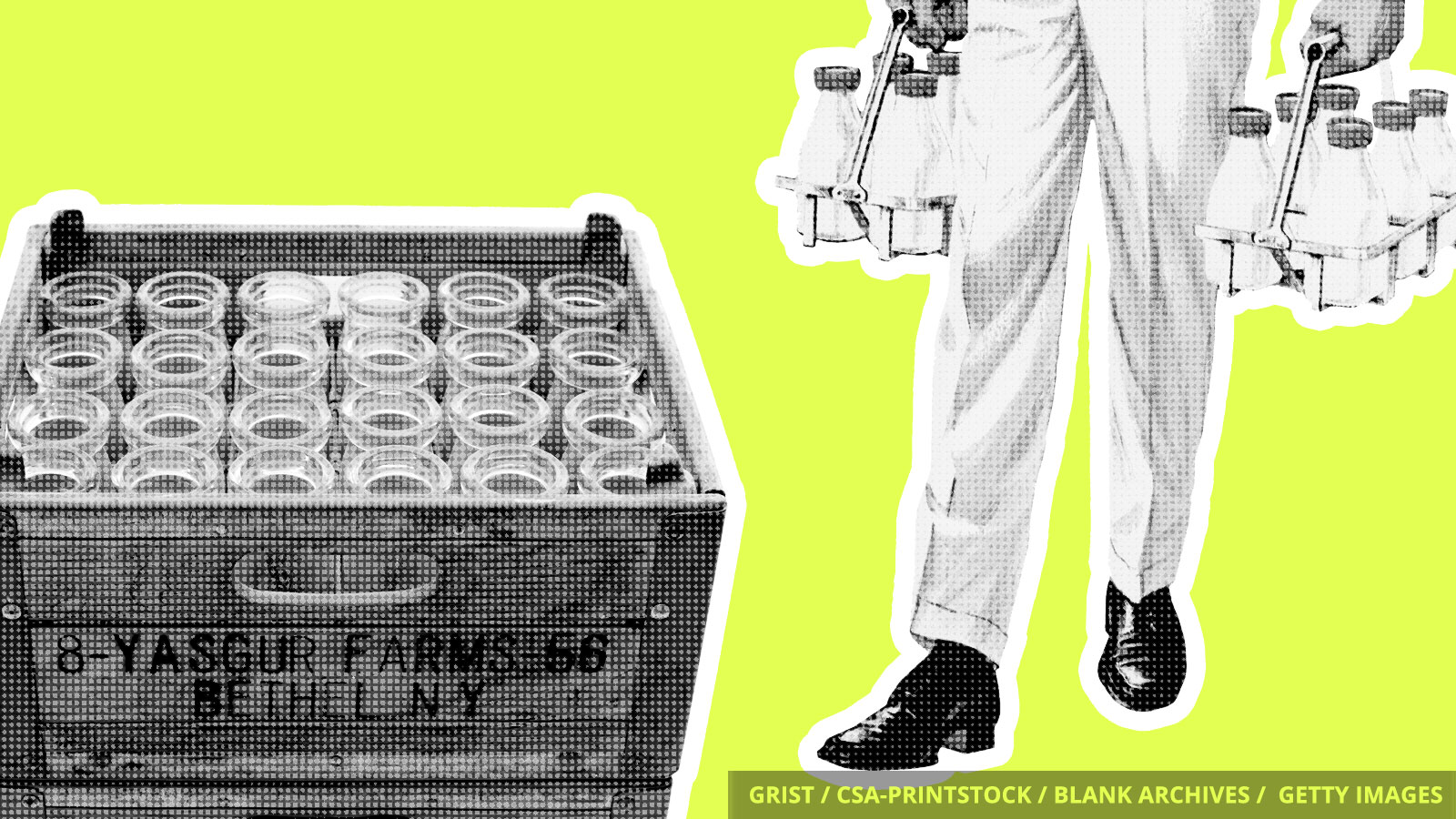 Back in the not-so-distant past, people got their milk delivered in glass bottles, and then returned those bottles to be filled up with milk again. A service called Loop is trying to bring that idea back on a broader scale (minus the milkman ringing your doorbell).

A group of 25 big companies, including giants like Procter & Gamble, Unilever, and Nestlé, are behind the new service, which works like a subscription plan for reusable goods. Subscribers to Loop would get stuff like orange juice, granola, and Haagen-Dazs ice cream in reusable containers delivered to their front doors by UPS drivers. When the containers are empty, subscribers schedule the receptacles for pickup instead of throwing them into the trash. Loop then cleans the containers and sends them out again. Presto! A virtuous loop.

The service is set to launch in May in areas of Paris, New York, New Jersey, and Pennsylvania. And the cost? What you’d usually pay for a gallon of OJ or a pint of ice cream, plus a deposit fee that ranges from $1 to $10, and a shipping fee that starts at $20 (and falls based on how many products you buy).

Of course, many people can’t afford to drop extra dough on sustainable packaging, and the service isn’t likely to put a dent in our enormous plastics problem anytime soon. But is it heartening that big companies are reconsidering the way they package their products? Yes!

The Environmental Protection Agency tapped a new member for its Science Advisory Board, and he has a long history of climate skepticism. John Christy, an atmospheric science professor at the University of Alabama, has appeared in the media and in Congress to say that climate scientists are overblowing the whole warming thing.

Murray Energy, the nation’s largest coal producer, severed ties with its lobbying firm — which employed interim EPA director Andrew Wheeler — after Trump bumped Wheeler up to permanent director. (He still needs to be confirmed by the Senate). It could be a coincidence, HuffPost reports, or it could be that Murray Energy doesn’t need a lobbying firm now that it’s got a comrade in arms at the EPA. (The agency said the report was inaccurate and misleading.)

While folks in parts of the U.S. freeze their socks off, Aussies are still cooking in a record-breaking heatwave. January was the hottest month on record for the continent, and that heat wave is expected to continue through April.